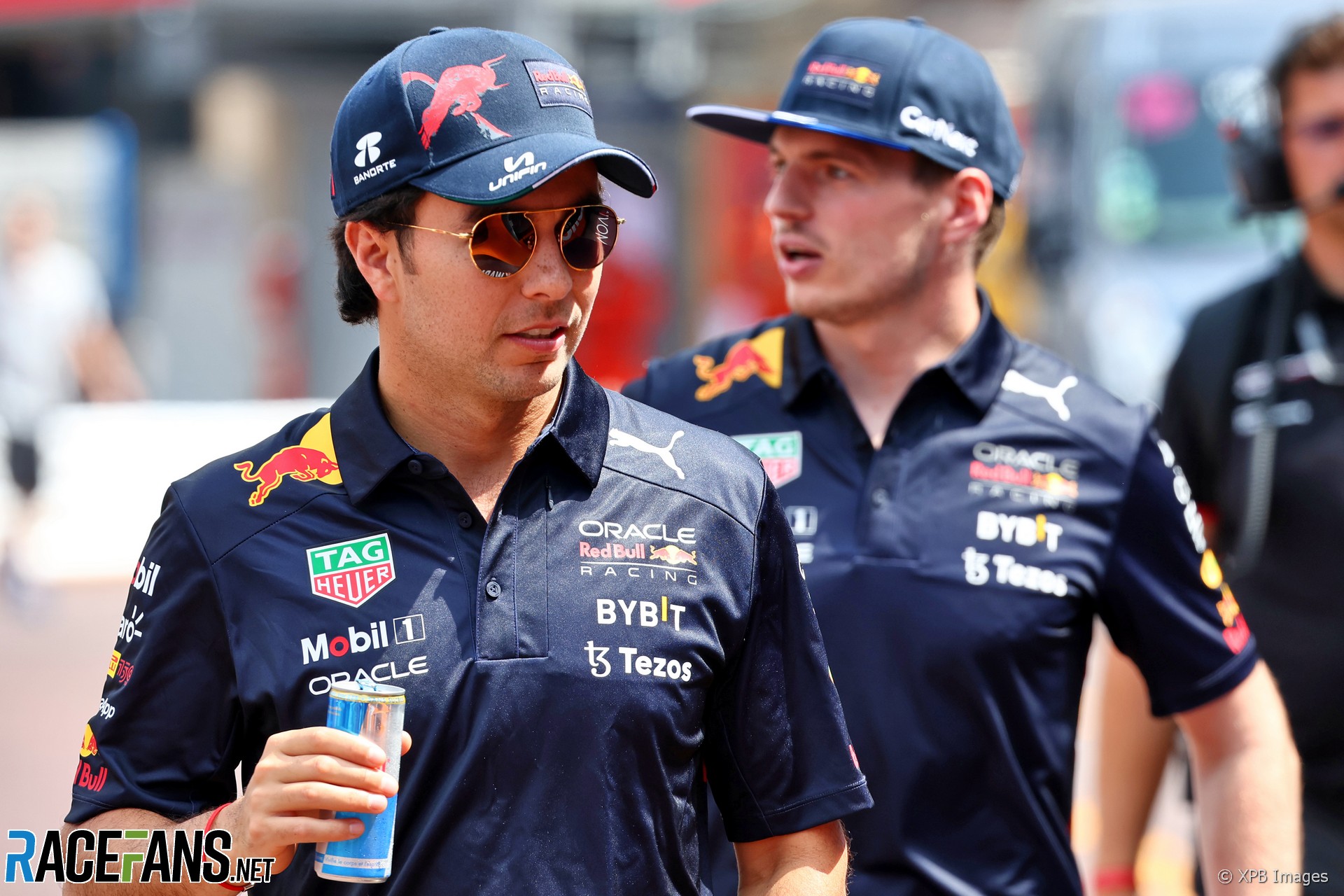 Sergio Perez insists Red Bull are not restricting his ability to race Max Verstappen despite their use of team orders in the Spanish Grand Prix.

Red Bull told Perez to allow his team mate to overtake him twice during the Spanish Grand Prix, including while he was in the lead of the race.

Verstappen won the race ahead of Perez and moved into the lead of the drivers’ championship over Ferrari’s Charles Leclerc.

Perez said there had not been any discussions between him and Red Bull about playing a supporting role to Verstappen this year before agreeing to extend his contract with the team for 2022.

“No, not really coming into the season,” Perez said in response to a questions from RaceFans.

The team discussed their handling of the race with Perez afterwards and acknowledged there was room for improvement, Perez said.

“Obviously when you’re in the car, you have certain information,” he said. “The team has a wider picture.

“In the car, at the time, it felt like we could have done a better job, especially in the second stint, giving a better shot, a better opportunity to the two-stop strategy, to see if it could work or not. But it was clear that the three-stop was the way forward. It was better to go that way.

“We spoke after the race and it’s all clear. We all agreed that we could have done a better job in that stint to give a better shot to both strategies to see which one worked.

“At the end of the day, for the team, it was a great team result and there’s some great momentum behind Red Bull at the moment.”

When he was given his final instruction to let Verstappen by, Perez described the handling of the race as “very unfair”. However he insists he is free to race against Verstappen if they are in direct competition during races.

“Yeah, it’s fairly clear,” said Perez. “They didn’t need to say it, but it’s all clear. I think on my side of the garage, it’s clear, and inside the team. Otherwise I wouldn’t be here. So it’s fairly clear.”

16 comments on “Perez: Red Bull agreed they could have done a “better job” with Spanish GP team orders”