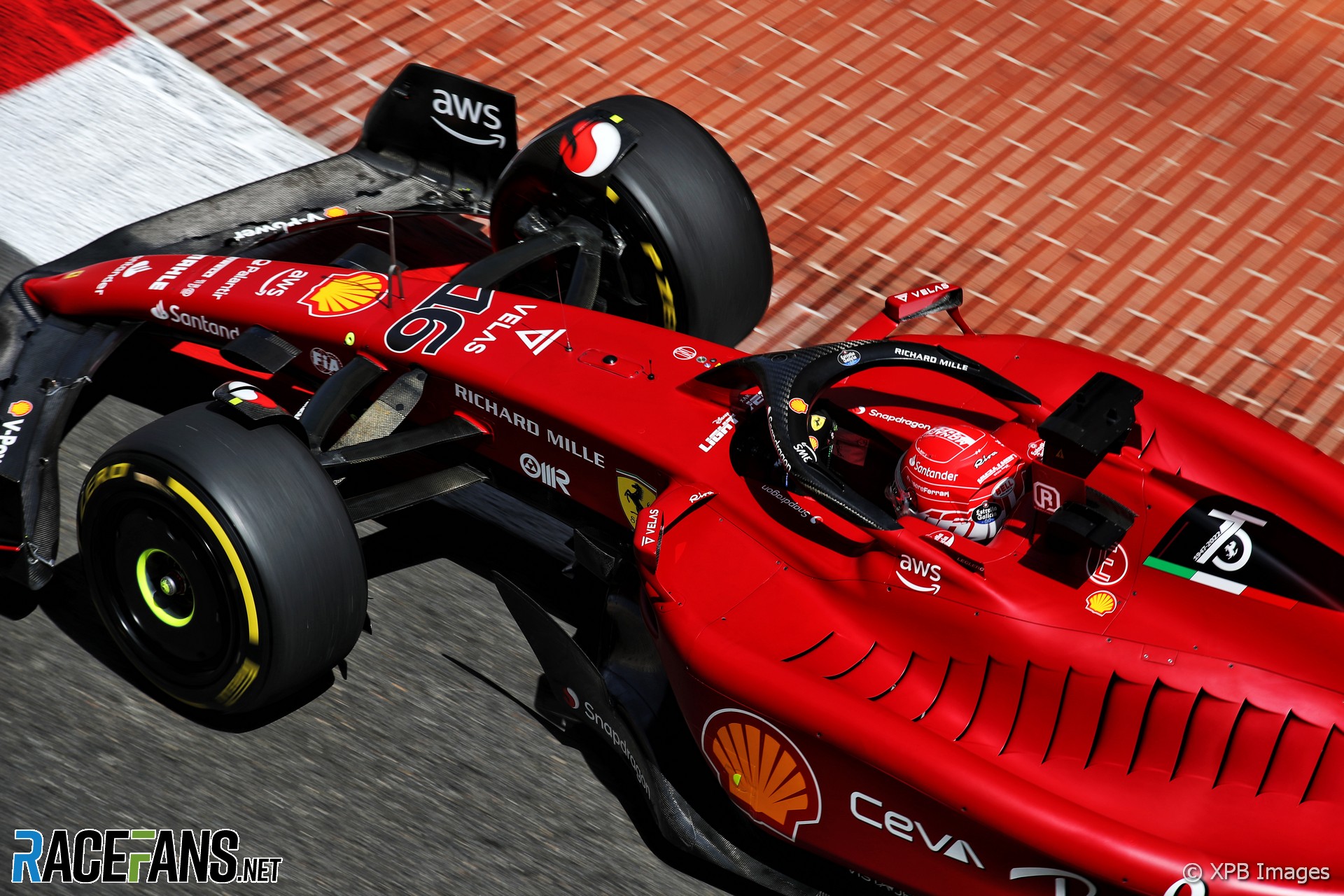 Charles Leclerc enjoyed the perfect start to his Monaco Grand Prix weekend by setting the fastest time in both practice sessions.

Having already headed the first session of the day, Leclerc stayed on top at the end of the second hour of running, ahead of his team mate. Leclerc’s best time of a 1’12.656 put him just 0.044 seconds ahead of Ferrari team mate Carlos Sainz Jnr.

Daniel Ricciardo crashed early in the session at the Swimming Pool, causing heavy damage to his McLaren and ending his evening’s running.

It was a beautiful, clear late afternoon in Monte Carlo as the cars ventured back out onto the circuit for the second practice session of the day. Track temperatures were almost identical to those the teams had enjoyed during the opening hour, but slowly dropped over the course of the session.

The majority of the field headed out on the medium tyres, except for the Ferraris of Leclerc and Sainz, who both opted for the hard tyres. Zhou Guanyu had a slight delay in leaving the garage, his Alfa Romeo team still working on preparing his car.

Sergio Perez set the early pace with a 1’14.001 on the medium tyres, ahead of team mate Max Verstappen and Lando Norris in the McLaren. Leclerc went second-quickest, with Pierre Gasly jumping to third in the AlphaTauri.

Around a quarter of an hour into the session, running was interrupted by red flag when Daniel Ricciardo lost control of his McLaren on the way into the Swimming Pool and hit the outside barriers, before slamming into the TecPro barriers at the second part of the corner. Ricciardo was unharmed and able to walk back to the McLaren garage and the session was suspended temporarily while his car was cleared.

Once the session resumed, many teams chose to work out the soft tyres around the twisty street circuit. Leclerc used the red-walled compound to go quickest of all, but was beaten by Verstappen by less than a tenth. Leclerc improved soon after to retake the top spot with a 1’12.656, before Sainz went second, fractionally slower than his team mate.

Multiple drivers had close encounters with the barriers around the circuit during the session. Norris had to abandon one of his runs after clipping the wall on the way into Anthony Noghes and damaging his front wing endplate. George Russell also scuffed his right-front wheel against the barriers, but the damage was purely superficial.

Despite some late runs on the soft tyres for Leclerc, Sainz and Verstappen, none of the front running drivers improved on their quickest single lap times for the session. When the chequered flag flew, Leclerc was on top for the second time on the day.

Perez was third in the Red Bull, three-tenths behind Leclerc, with Verstappen fourth fastest just over half a tenth behind. Norris recovered from a late mistake at Sainte Devote to finish the session fifth, ahead of Russell and Gasly. Fernando Alonso, Sebastian Vettel and Yuki Tsunoda completed the top ten, but with Tsunoda under investigation by the stewards for allegedly impeding Kevin Magnussen.