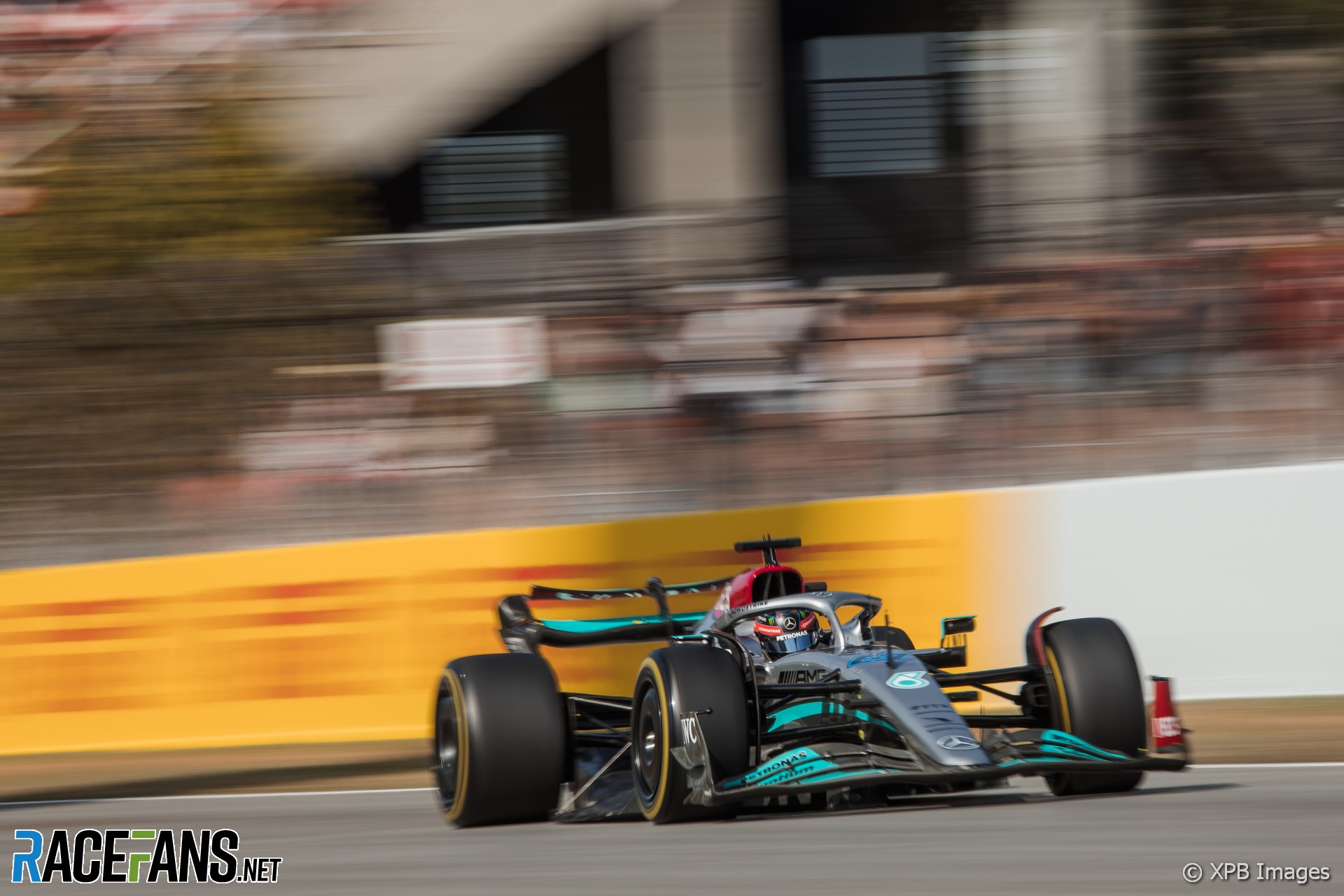 Mercedes say the porpoising problems they have experienced in previous races may not be permanently fixed despite finding a significant improvement at last weekend’s Spanish Grand Prix.

Porpoising was a significant limitation for Mercedes in the opening rounds of the season. The problem was so serious that at Imola George Russell warned that the situation was not sustainable.

The team appeared to significantly reduce the bouncing they experienced in Miami during Friday’s practice sessions, only for it to return the following day. However their Barcelona upgrade package appeared to provide a more definitive fix, leading to their most competitive performance of the season so far.

However Mercedes’ motorsport strategy director James Vowles warned that it might not be a completely solution to the issue.

“We’ve had one race out of six where the car has been well-behaved,” he explained in a video released by the team. “It was a car that, really, was a proper racing car for once.

“We could set it up, we could tune it, we could play around with the settings and it would respond in a way that was predictable and the same couldn’t be said for the car that we had for the first five races of the season.

“However, we have to temper our expectations,” he continued. “It’s one track and a track that has suited our car for many years prior to this one. There is a lot for us to understand and learn. I think it would be wrong to say that the porpoising issue has disappeared.”

Vowles pointed to other teams where the problem had come and gone to a greater or lesser extent. “You still see it on our competitors and I am sure there will be elements of it coming back again as we build on our understanding and the foundations that we laid down in Barcelona.

“What I can say is we made a definitive step, a step in our understanding and the deployment of what we put on track and we can build on that, and the same could not be said about the first five races, with the car that we had there.”

The two upcoming races on street tracks will test how successfully Mercedes have solved their problems, Vowles said. “We’ve got difficult tracks coming up, we’ve got Monaco and Baku which will throw up their own challenges and surprises.

“The difference now, though, is we have a car that is within touching distance of the front and a car that we can fight for a championship with.”

Russell and team mate Lewis Hamilton were both told to slow in the final laps of Sunday’s race due to power unit problems. Vowles said the team suffered severe overheating problems in the high temperatures last weekend.

“We were very, very hot on our power unit side,” he said. “To give some context, the ambient temperature was up to 37 degrees (Celsius) in the race, started round about 36 and actually went up later in the afternoon. That is incredibly warm, that’s an outlier relative to nearly every circuit on the calendar.

“The drivers had to respond and the way you do this is by looking after the power unit, making sure your nose is in clear air, making sure you are doing lots of lift and coast.” Vowles said the team’s drivers “did a really good job to get those cars home to the finish” under the circumstances.