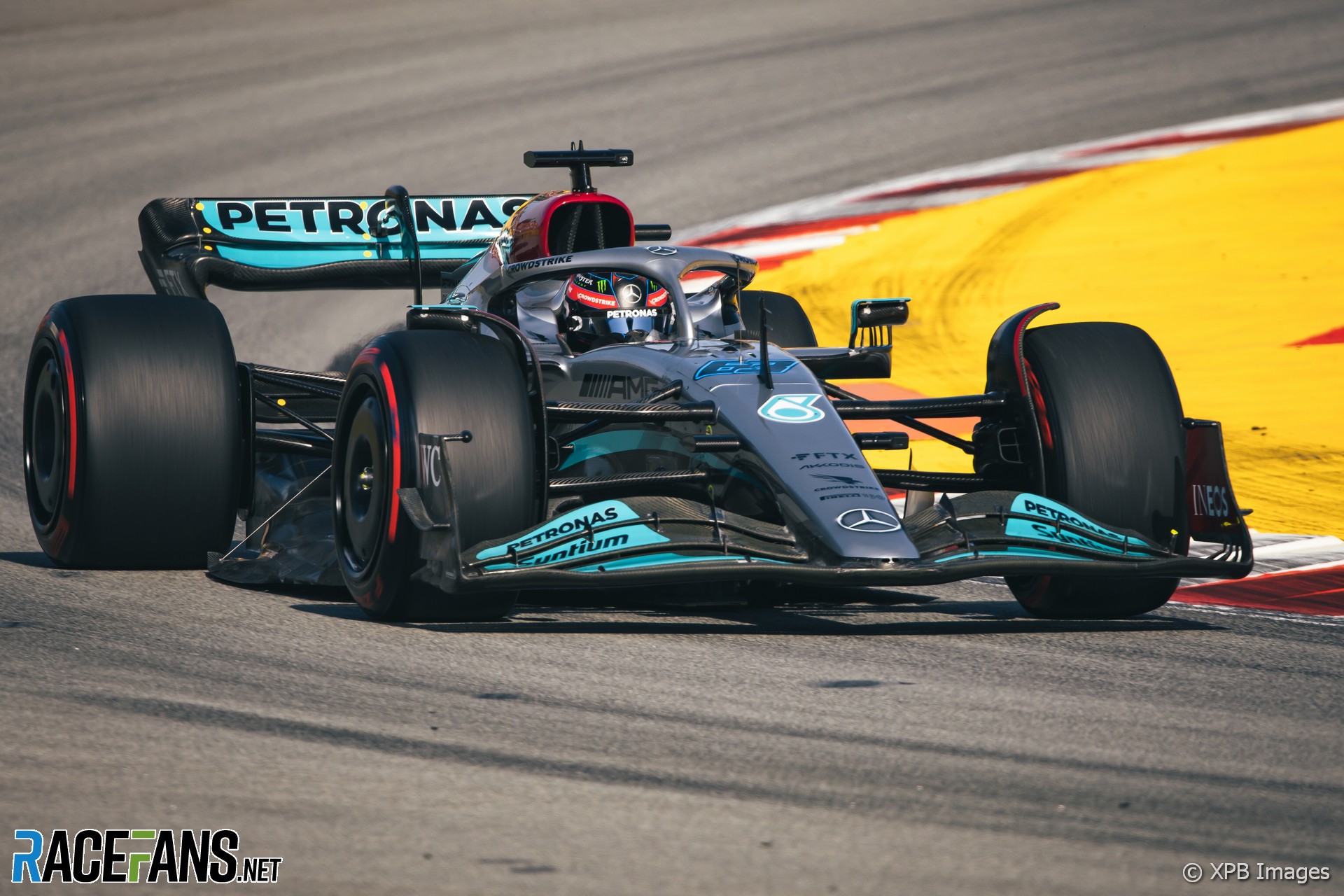 George Russell says that Mercedes secured their “best result we’ve had as a team” after securing fourth on the grid for the Spanish Grand Prix.

Following the first five rounds where Mercedes lacked the pace of rivals Ferrari and Red Bull, the reigning constructors’ champions have introduced a range of updated parts to their W13 in Barcelona this weekend. The upgrades appear to have paid off, with Russell out-qualifying Sergio Perez and team mate Lewis Hamilton to line up fourth on the grid for tomorrow’s race, just behind Carlos Sainz Jnr.

Russell hailed the team’s best performance of the year, but claimed it was achieved despite not optimising their soft tyre temperatures throughout the lap.

“I think obviously it’s all based on results and that was the best result we’ve had as a team all season,” Russell said.

“I think it offers optimism because, to be honest, I think we didn’t have the tyres in the right window whatsoever. It was always quickest in sector one and we were always struggling in sector three and we just couldn’t find that right balance to be honest.”

Starting from the second row on the grid, Russell believes Mercedes are likely to be even stronger on Sunday compared to Saturday.

“Ferrari look extremely fast this weekend and I think we’ve got a better race car than we do a qualifying car,” he said. “So I’m really proud of the job everybody has done back at the factory over these past couple of weeks and months, because I think we’ve now got a package that can be our foundation for us to build upon.”

Without losing tyre performance through the lap, Russell believes he could have been able to beat Sainz to third on the grid. “I think if we really optimised everything we could have maybe have been P3 at a push, but not much higher than that,” he said. “I’m pretty pleased and I’m glad we’re on the right track now.”

Looking ahead to tomorrow’s race, Russell expects that high tyre wear in the scorching conditions around the Barcelona circuit will lead to a challenging race for the front running teams.

“I think this will be the trickiest race of the season so far, even worse than Bahrain in that regard,” said Russell. “Tyre deg was massive. So we’ve got to put our thinking caps on tonight and try and find the best solution.”