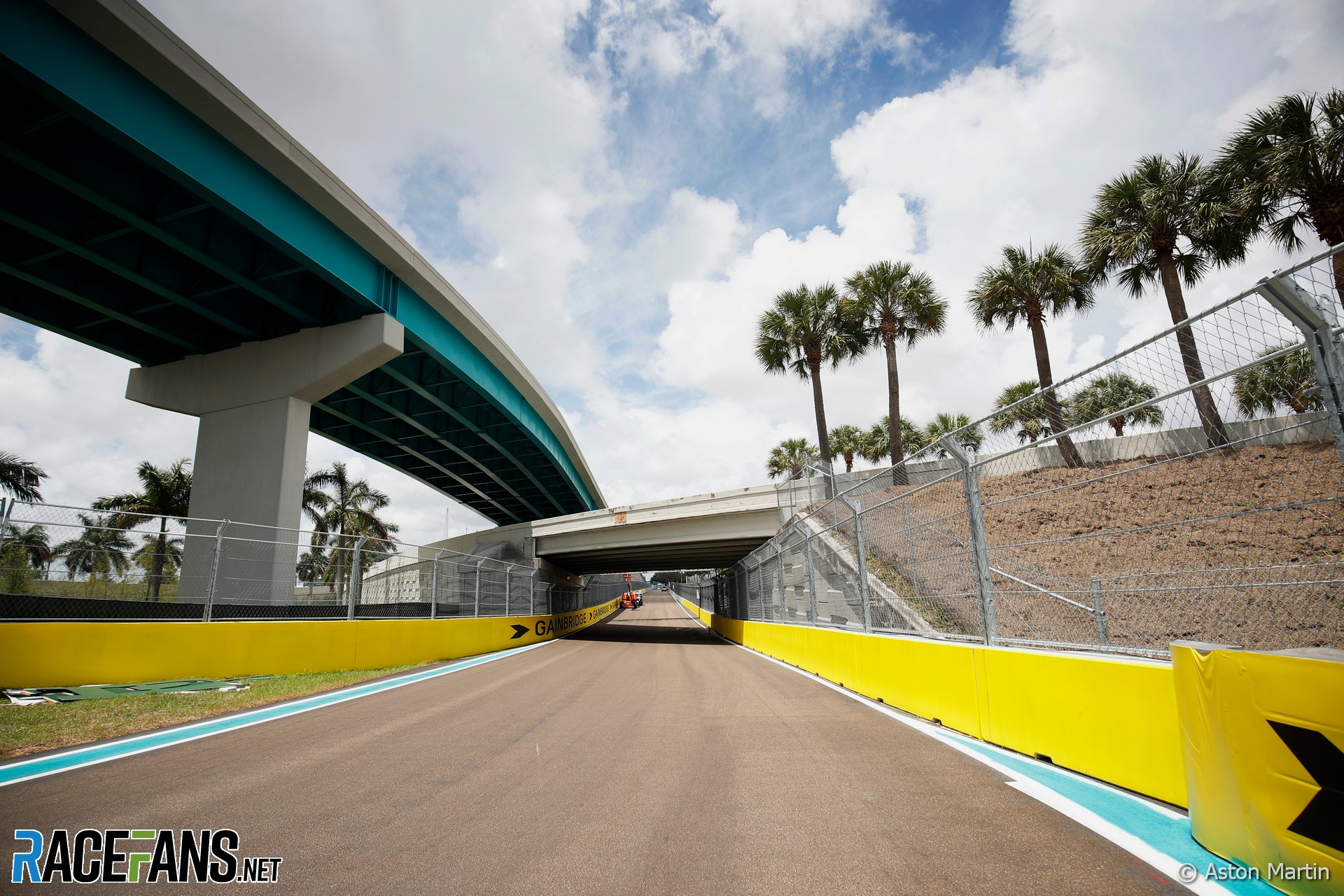 Formula 1 has revised the three DRS zones which will be used for this weekend’s inaugural Miami Grand Prix.

Each zone on the 5.4-kilometre Miami International Autodrome has its own detection point. Since the original zones were defined yesterday the positions of those points have been slightly altered, and one activation zone has also been extended.

The first detection point is positioned 83 metres after turn eight, which is seven metres earlier than originally planned. This zone has been extended by 37 metres, as drivers can activate DRS 30 metres after turn nine. This forms part of a long, high-speed section through turn 10, leading to a potential overtaking spot at turn 11.

The second DRS detection point follows at the end of sector two, 70 metres after turn 16, three metres earlier than before. The activation point, 450 metres after that corner, is unchanged

The final detection zone is at the opposite end of that straight, 15 metres after turn 17, which is a sharp left-hand hairpin. That detection point is four metres earlier than before but its activation point, at the apex of turn 19 at the end of the lap, is unchanged.

Three DRS zones has been typical of the venues F1 has visited so far this season. Only one track, Imola, had fewer. Albert Park initially boasted four, but that was cut to three following the first day of running.

The speed trap for Miami International Autodrome has been places 200m before turn 17, at the end of the long back straight and in theory when drivers should be at absolute maximum speed, despite the proximity of the walls.