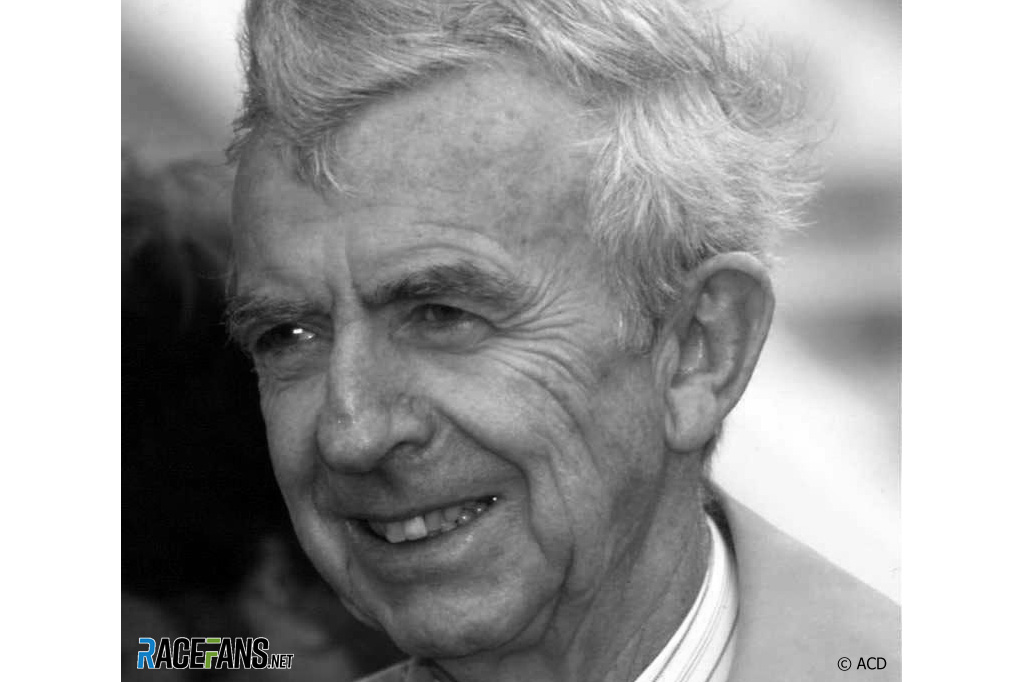 Tony Brooks, six-times grand prix winner and 1959 world championship runner-up, has passed away at the age of 90.

The extraordinary story of his performance in the non-championship 1955 Syracuse Grand Prix in Sicily, Italy, quickly earned him a place among the British motorsport stars of the day such as Stirling Moss and Mike Hawthorn.

Brooks, a dentist, was working on a patient when his telephone rang with the offer of a drive in the race for the Connaught team. They only arrived at the street circuit in time for final practice, so Brooks explored the track on a scooter, before experiencing both the track and his B Type machine for the first time.

Remarkably, Brooks grabbed a place on the front row of the grid, then saw off the local favourites in Ferraris and Maseratis to take victory by more than 50 seconds. With that, he had scored the first ‘away win’ for a British car and driver for more than three decades.

He had already made his Le Mans 24 Hours debut for Aston Martin earlier that year, in an event marred by Pierre Levegh’s terrible crash in which he and over 80 spectators died. Fatalities were a regular occurrence in the fifties: Peter Collins, Stuart Lewis-Evans, Luigi Musso and Jean Behra all lost their lives in grands prix during Brooks’ career.

He survived a couple of serious crashes of his own. A stuck throttle on Brooks’ world championship grand prix debut at Silverstone in 1956 sent him into the barriers at Abbey, breaking his jaw. The following year he crashed at Le Mans, and lay trapped under his car until it was knocked off him by Umberto Maglioli’s passing Porsche.

Still recovering from the effects of that crash, he handed his Vanwall to Moss halfway through their home race at Aintree. Moss brought it home first, the pair sharing victory, Brooks taking his maiden success in a championship round.

He claimed three solo wins the following year on some of the fastest and most formidable courses seen in F1: The Nurburgring Nordschleife, the original Spa-Francorchamps and Monza. Only Moss scored more victories, though both were beaten to the title by Ferrari’s Hawthorn. Nonetheless the team mates ensured Vanwall became the first winners of the new constructors championship.

However Tony Vandervell was distraught at the death of another of his drivers, Lewis-Evans, in the season finale, and withdrew his team. Brooks moved to Ferrari for 1959, though Vandervell supplied a car for his home race when Brooks’ new team declined to enter it.

Brooks took a gritty second place on his Ferrari debut in Monaco despite being nauseated by cockpit fumes throughout the race’s near-three-hour duration. An oil leak sidelined him at Zandvoort, but next time out at Reims he scored his first win as a Ferrari driver.

His Vanwall let him down at Aintree, but Brooks won again at AVUS in Germany, closing within four points of championship leader Jack Brabham. Disaster struck in the penultimate round at Monza, however, where clutch failure put him out.

Brooks therefore went to the final race at Sebring with an outside chance of winning the title. In his 2012 autobiography he related his dissatisfaction that Harry Schell was allowed to start the race from third on the grid, despite the time which earned the place having been disallowed, which therefore bumped Brooks off the front row of the grid. He was then hit by team mate Wolfgang von Trips on the first lap.

Despite that delay Brooks came home third, three minutes in arrears. Meanwhile the unlikely situation his title hopes rested on had materialised: Brabham hit trouble on the final lap and had to push his car to the line in fourth place, scoring no points. It was a case of what might have been for Brooks.

By now Brooks’ mind was increasingly turning away from motor racing and towards starting his own business. He informed Ferrari he would not race for them in 1960, then was subsequently won over by an approach from Vandervell to revive the Vanwall project. But when it became clear a new rear-engined car would not materialise, Brooks instead joined the Yeoman Credit team.

Fourth place in the season-opener at Monaco proved his best result of the season marked by unreliability. Brooks quickly concluded his change of teams had been a mistake. Unfortunately it was one he immediately repeated with his move to BRM for the following season.

Formula 1 had undergone one of its periodic changes of regulations, imposing 1.5-litre engines. Brooks was unimpressed at the failure of his team’s new V8 to appear and the reduced performance of the new generation of cars.

The championship ended under a cloud after Von Trips was killed in the penultimate round while fighting his Ferrari team mate Phil Hill for the title. The Scuderia chose not to attend the final race at Watkins Glen, where Brooks passed Bruce McLaren to end the season with his first podium finish since that missed title shot two years earlier.

That meant he ended his racing career on the podium. With his petrol station business beginning to take off and his second child on the way, Brooks decided against racing on, and retired from motorsport at the end of 1961. With his death on May 3rd 2022, the last living grand prix winner of the fifties has departed.