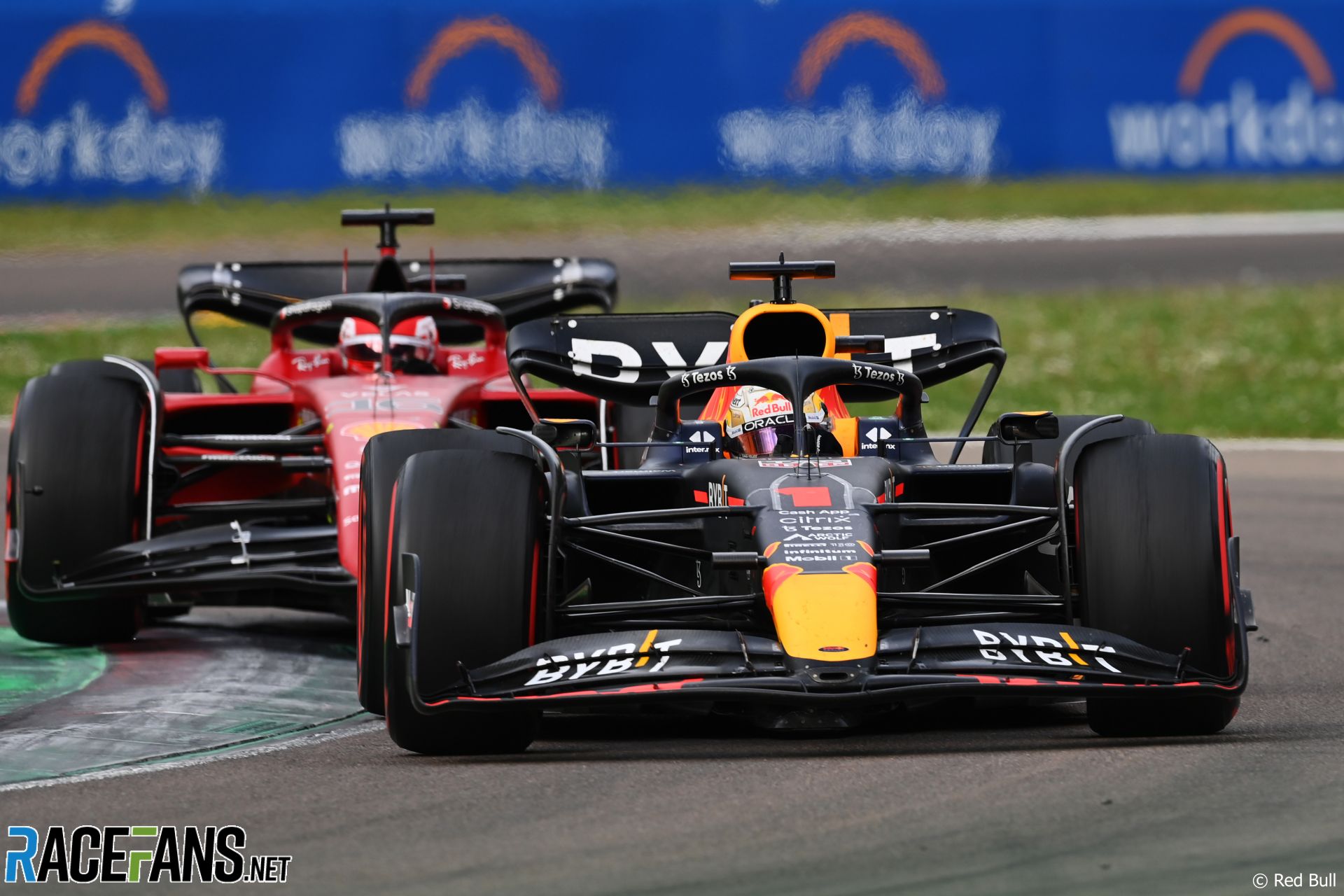 Max Verstappen says he was able to pass Charles Leclerc to win the Emilia-Romagna sprint race because the Ferrari driver ran into trouble with his tyres.

The Red Bull driver lost the advantage of his pole position to Leclerc at the start of the race. “The start was very bad,” Verstappen admitted afterwards. “I don’t know exactly what happened or why it was so bad, just too much wheelspin.”

Verstappen closed on his rival in the final laps and used DRS to pass him and take victory. “We had to stay calm and it initially looked like Charles was actually having a bit more pace,” said Verstappen.

“But then I think he ran out of tyres and we could close the gap and then go for the move into turn two.

“I know maybe tomorrow it might be again a bit different but for sure today it worked out for us to be on this compound. So I’m very happy to have a clean sprint race at the end.”

The Ferrari driver, who extended his championship lead by finishing second in the sprint race, said he was pleased to still have a front row start. However he is eager to understand the cause of the graining he experienced during the race.

“We struggled with the tyres at the end, we need to analyse that for tomorrow. At the end the main race is tomorrow and we need to make sure that we are ready.

“The pace was good until then. Then we started to have some graining on the front left and lost it towards the end. But it’s life, we’ll work and come back stronger tomorrow.”