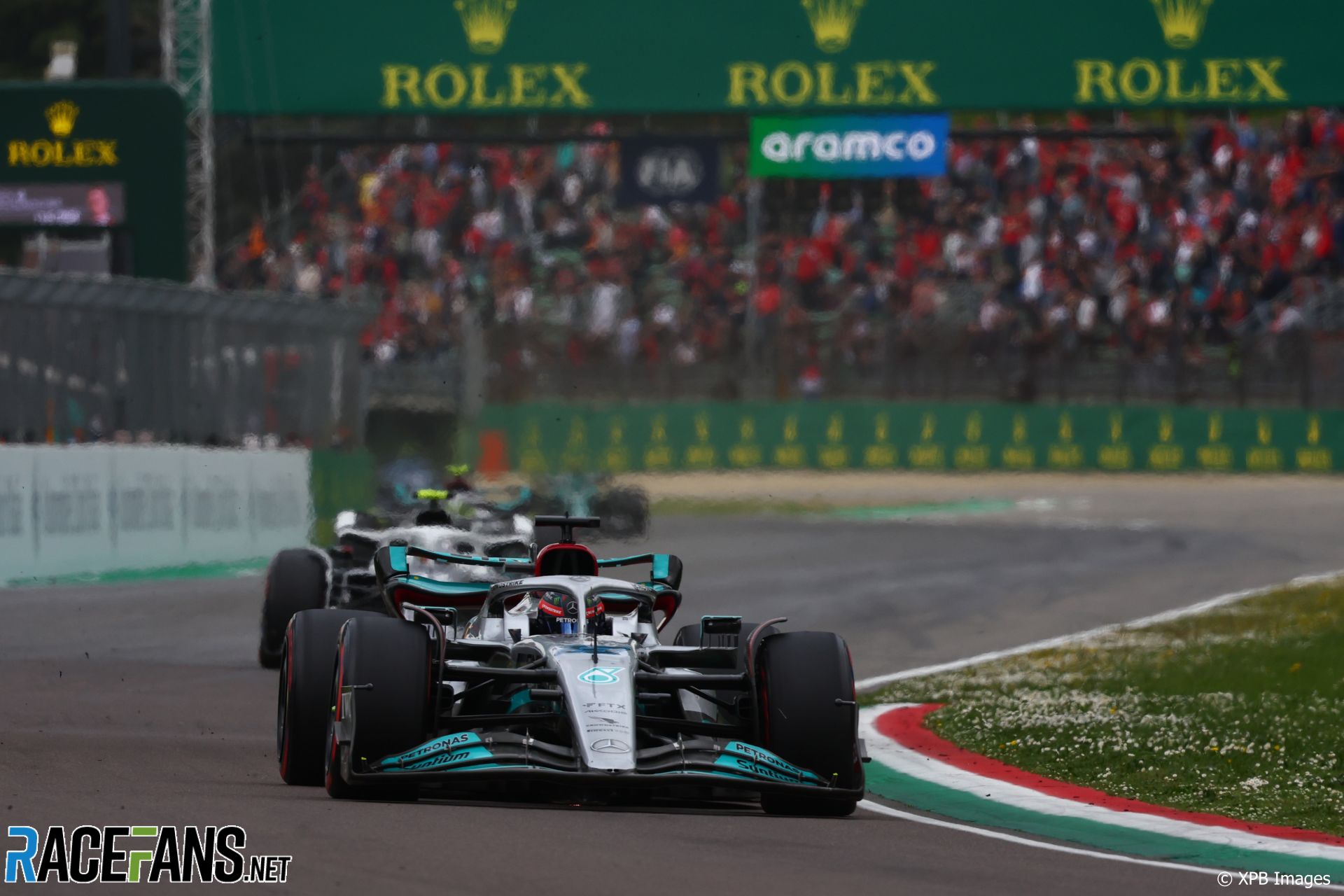 Brawn said the first sprint event of 2022 vindicated the decision to continue the format for another year. He believes the tyre selection turned out to be “perfect” for the 21-lap race.

“As we all know, racing drivers are racing drivers, so any thoughts they were going to take it easy for the race I don’t think this is the case,” he said.

“I think we were fortunate in the tyres were perfect for the sprint race because they started to degrade. Of course in a normal race you would have had the driver coming into the pits, changing the tyres and it would have all come down to strategy. They only had one shot in the race and the drivers had to make the tyres last.

“The interesting thing is it’s probably given Ferrari a good insight for tomorrow. So I think they’ll be stronger in the race tomorrow than what they were today.

“So we’re very pleased with the sprint race. Great entertainment, lots of racing going on, plenty of overtaking. We’ve demonstrated the cars can follow. I know you may say, well, it was DRS but you can’t use DRS unless you get on the back of the car. So I think overall it was a great success.”

However Russell, who finished out of the points in 11th, said he hadn’t enjoyed the race. “I don’t know what the rest of the race was like but it felt processional from where we were,” he said.

“The race just isn’t long enough to get some tyre degradation there and to have some big differences between the drivers and the cars.”

Brawn said he was more concerned about what the drivers who finished in the leading positions thought of the race.

“Whenever my driver’s had a bad car he’s complained about the race,” he said. “So I think George’s opinion or the opinion of anyone in the back of the grid is not the opinions that we really listen to.

“The opinions we listen to are the guys who were really competitive, they’re racing in the middle or racing at the front. They’re in a very unfortunate position, but I don’t think their position in the back of the grid is really one that reflects the true position of racing.”

Russell’s opinion will not be ignored, said Brawn, but he believes the Mercedes driver has other concerns on his mind.

“I just know from my own experience psychologically a driver of the back of the grid has got all sorts of other things going on,” he said. “It would be great if there were things going on at the back.

“We had a Mercedes that couldn’t overtake the cars in front but there was plenty of overtaking going on in the middle and the front. So of course we’ll listen, we won’t ignore it, but I think you have to you have to keep a perspective on it.”