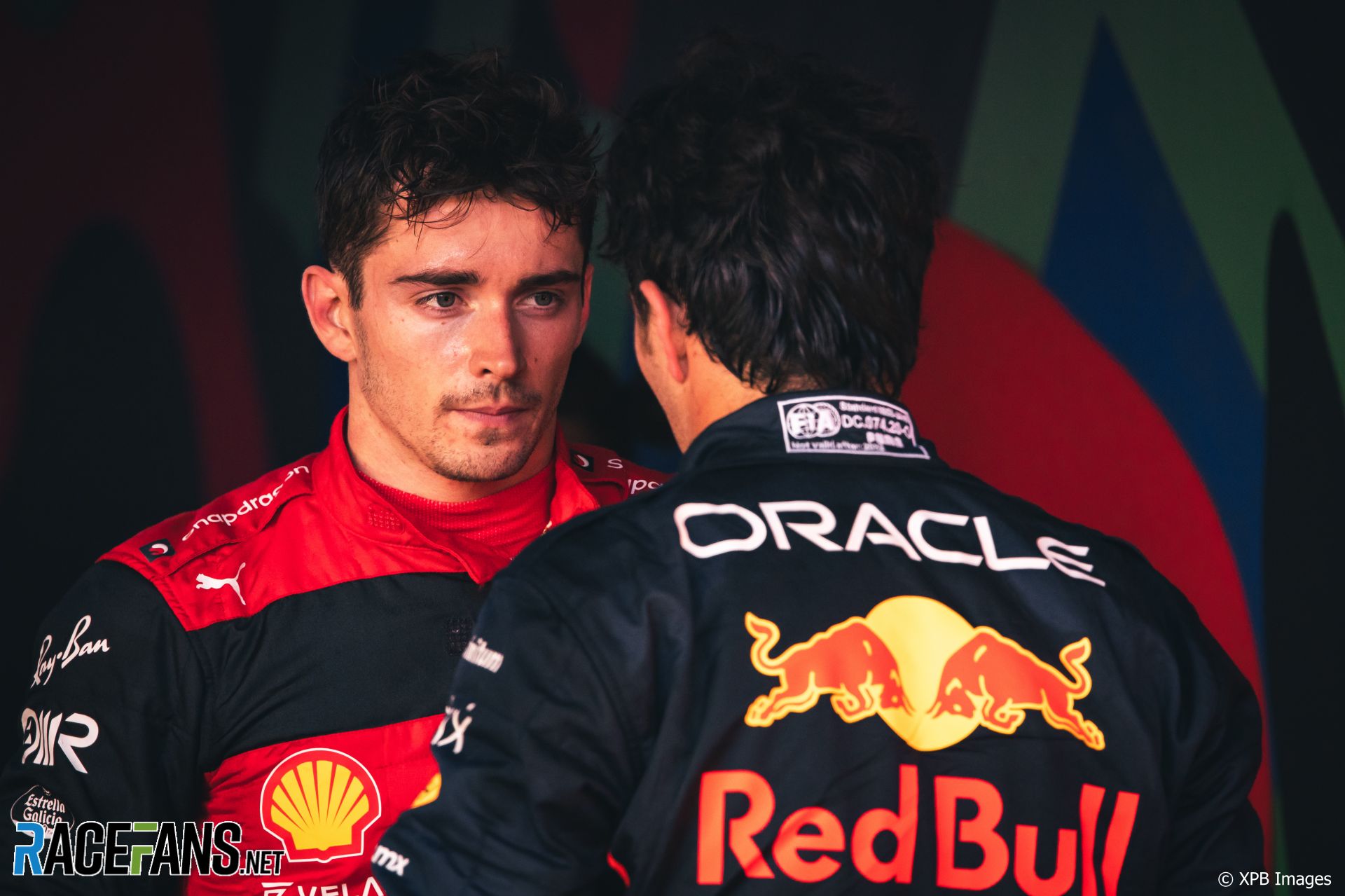 Charles Leclerc says Ferrari face a challenge to develop their car as quickly as Red Bull can.

Having taken a 34-point lead in the drivers championship over the first three rounds, Leclerc said the situation feels different to his title bids in junior formulae.

“Obviously, the mindset is a bit different compared to the last two years because now I know that underneath me I’ve got a car that is capable of winning and I don’t really have to overdo things or to do something extremely special and spectacular to actually get one or two positions because I know that it’s in the car and I just have to do the job. So the mindset is a little bit different this year.”

Red Bull were a close match for Ferrari on pace over the opening two races, winning in Saudi Arabia. Leclerc cautioned that Ferrari’s rivals had every chance of catching up to them.

“To keep up with Red Bull in terms of development is going to be difficult. But it’s the same team that did this car, that will work on the development for this year’s car, so I am confident.

Ferrari lead the constructors’ title with 104 points. Red Bull’s three retirements in the opening rounds leave them third in the standings on 55.

Leclerc believes it is crucial for Ferrari to focus on their plan for bringing updates to their F1-75 chassis.

“There are some developments coming and I’m confident that it will go in the right direction,” he said. “So I wouldn’t focus too much on the others. I think we need to focus on ourselves.

“Since the last two years, I really see a jump in the way we’ve analysed every weekend in the way we have identified also our weaknesses and how quick we were to react to try and get better in the places where we were struggling. So I am confident that the team can do a great job with development this year.”

He is trying not to dwell on the championship situation as the team heads to its first of two home races this year at Imola. “Thirty-four points is always good to take wherever you are in the calendar but I don’t want to focus too much on the championship for now,” Leclerc said.

“Italy will be incredible, but we need to approach the race weekend, just like we approached the first three weekends. I think it’s extremely important not to put on ourselves extra pressure and not try to overdo things. Because we are working, I think, as a team extremely well since the beginning of the season and we just need to keep doing our job, just like we did in the first three weekends.”