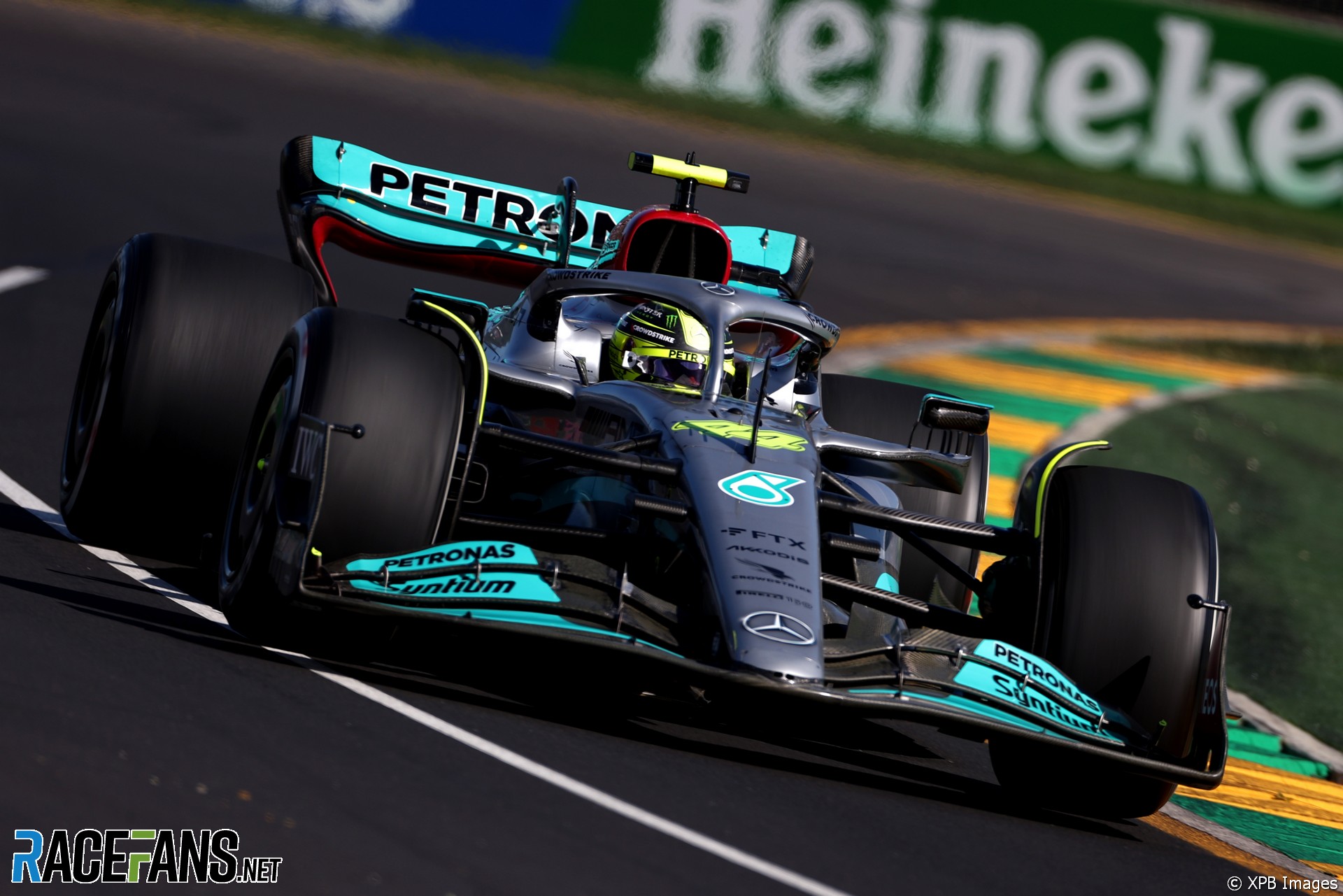 Lewis Hamilton says his Mercedes is not responding to set-up changes and he was frustrated to be over a second off the pace despite a clean lap.

“There’s just not a lot we can do,” said Hamilton. “This is the way it is so we just have to drive with it.

The adjustments the team made to the W13 between today’s two one-hour sessions did not improve its balance, Hamilton added.

“Nothing that you change on the car makes a difference at the moment,” he said. “That’s the difficult thing.

“You get in very optimistic and then you make changes and then and it doesn’t seem to be wanting to improve. So we made some changes going into P2. P1 was better. P2 ended up being a bit harder for us. It’s just a tricky car.”

The team has been unable to resolve the “porpoising” problem it has had since the start of the season. George Russell said it is worse than ever in Australia.

“I think it’s something we just have to deal with for the time being. We believe it’s the fastest way around the track.

“But maybe it’s not. We need to keep digging into the data and understand. We’ve sort of gone from left, right and centre with the set-up and all resulted in a similar outcome so we need to try and get on top of things and understand what happened.”

Despite the car’s lack of pace Russell said he was generally pleased with its balance.

“We’re not in the position where we want to be, there’s quite a few midfield cars ahead of us and obviously quite along way from the pace of the front. So we need to work hard tonight and understand the limitations.

“The car felt alright, it didn’t feel too bad. But it was a bit strange, on my soft tyre I kept on improving and improving. I know a few drivers did that, but it seemed a little bit more extravagant from my side of things.”