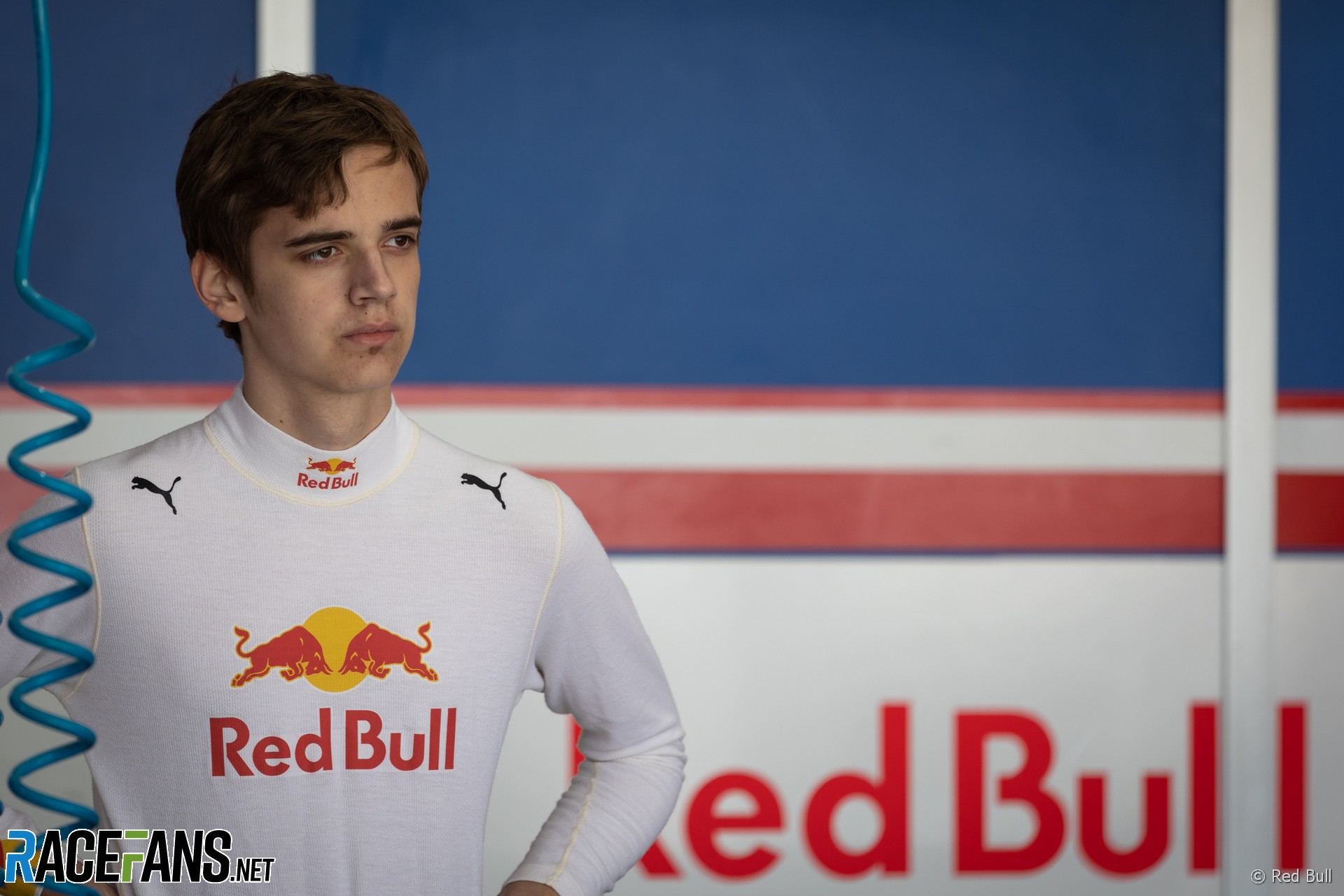 Red Bull junior driver Jonny Edgar will not contest the remainder of the FIA Formula 3 Championship after being diagnosed with Crohn’s disease.

Edgar’s Trident team announced his seat will has been taken by Oliver Rasmussen for the rest of the championship.

Speaking after the opening rounds of the F3 season in Bahrain, 18-year-old Edgar admitted his performance had been limited due to an illness. He finished the opening races 13th and 11th.

In a post on social media shared on Monday, Edgar disclosed his diagnosis and explained his “extremely difficult decision” to withdraw from the championship.

“As a family, we have made the extremely difficult decision that I will not continue in the 2022 FIA F3 Championship until I am feeling well again,” Edgar said.

“Having recently been diagnosed with Crohn’s disease, at the present time I am simply unable to physically compete at the level required. Once on the correct treatment path, I will hopefully be back to full health [and] fitness but until then I need to take some time out to prioritise my health.”

Crohn’s disease is a chronic condition which affects the digestive system and can lead to severe fatigue and discomfort. While there is no cure for the condition, many diagnosed with Crohn’s are able to live their lives generally uninhibited provided they receive an effective treatment plan to manage the condition.

Trident team manager, Giacomo Ricci, praised Edgar’s efforts to race on despite the illness he suffered after joining them.

“It is with great regret that we say goodbye to Jonny Edgar, and we wish him the quickest possible recovery,” Ricci said.

“Since the start of the season, he was weakened by physical issues, but he fought like a lion. He did not back down and continued to race. However, his conditions necessitate a break from his competitive activity to support his recovery. Jonny always gave his maximum to the team, he has a fantastic family and is a wonderful guy.”

Rasmussen said he was “delighted” to have the opportunity to race with Trident for the remainder of the season.

“I will give my 100 percent on track to reward the trust that Trident Motorsport has placed in me, and I cannot wait to wear the team’s colors,” he said.