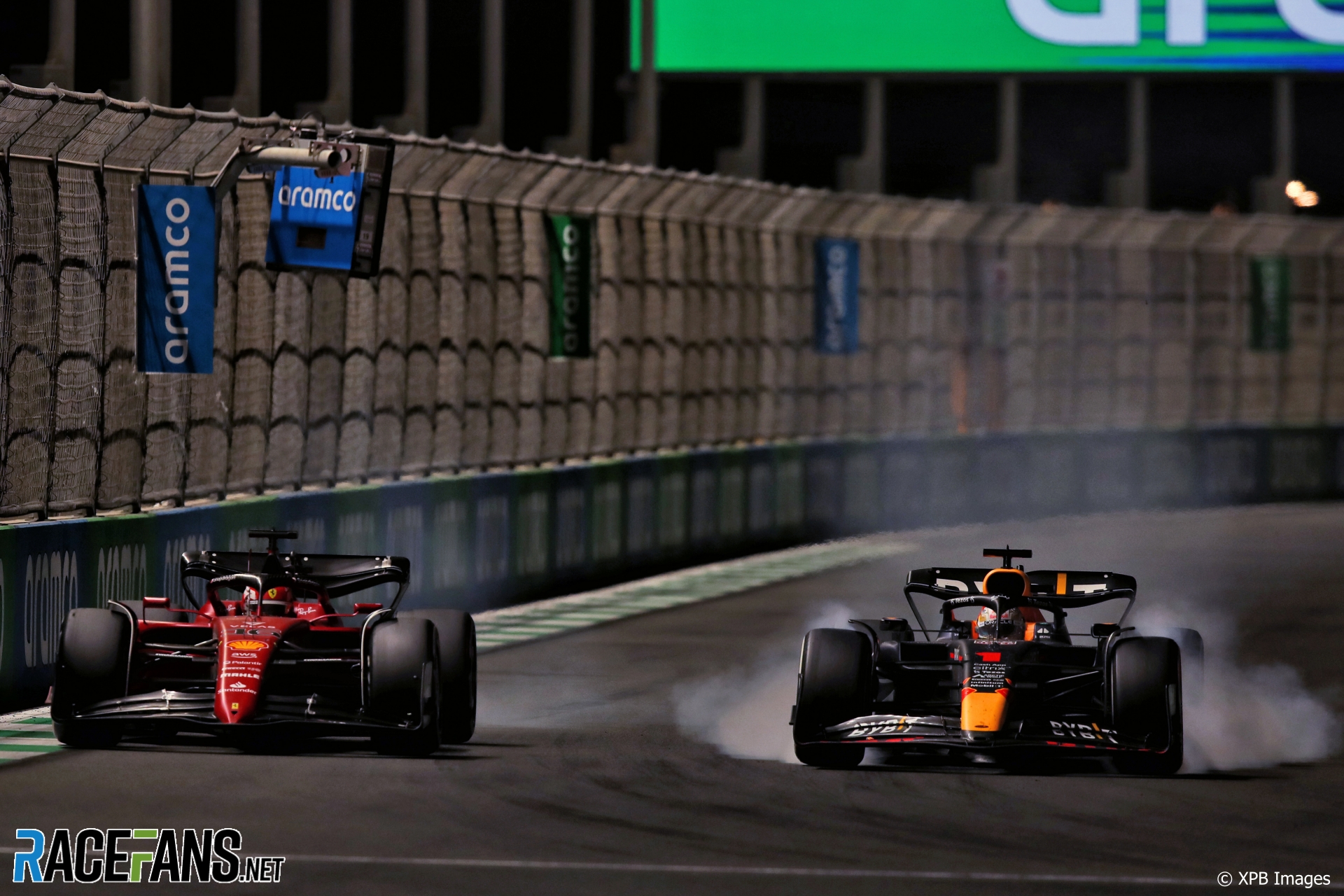 While disputing the lead during last weekend’s race in Jeddah, Charles Leclerc and Max Verstappen repeatedly slowed ahead of the DRS detection point before the final corner, each wanting to be last across the line to gain a benefit from it.

After several attempts, Verstappen was finally able to gain use of DRS and passed Leclerc to win the race.

“I basically knew that if I was leaving Max with a DRS behind for the main straight, I will be overtaken very easily,” said Leclerc. “So I just wanted that DRS.

“On the first lap I braked very early and I got the DRS and manage to overtake back on the run to turn one. And then the second one, obviously Max knew that I was going to do that, so we both braked quite early, but I still managed to stay in front at the end. The third time, it didn’t work out for me.”

Despite his driver winning the race, Horner says the fact drivers were prepared to lose time in order to be the last one over the DRS line shows changes are needed.

“The DRS is so powerful you can see that there was a game of cat-and-mouse going on between the drivers where they’d actually brake to a point that they accelerated then to the corner,” he said. “So I think maybe we should look at where that DRS detection zone is for future years.

“You definitely want to avoid being in that situation.”

A similar problem occurred during last year’s race. At one stage Lewis Hamilton ran into the back of Verstappen as the Red Bull driver tried to provoke his rival to overtake him before the DRS detection point at the same point on the circuit.

“I like it personally,” he said in response to a question from RaceFans. “I think the cars delivered on what Formula 1 hoped.

“Great overtaking and DRS is powerful but it provides a great show now. I think that was entertaining to watch.”

However Alpine team principal Otmar Szafnauer also believes F1 should consider changes to DRS based on the first two races under the series’ new technical regulations.

“The only thing we’ve got to do is now assess what DRS does with these cars because you can follow a lot closer,” he said. “Before it was really easy to break the DRS train and then off he went. So we just have to assess that.”