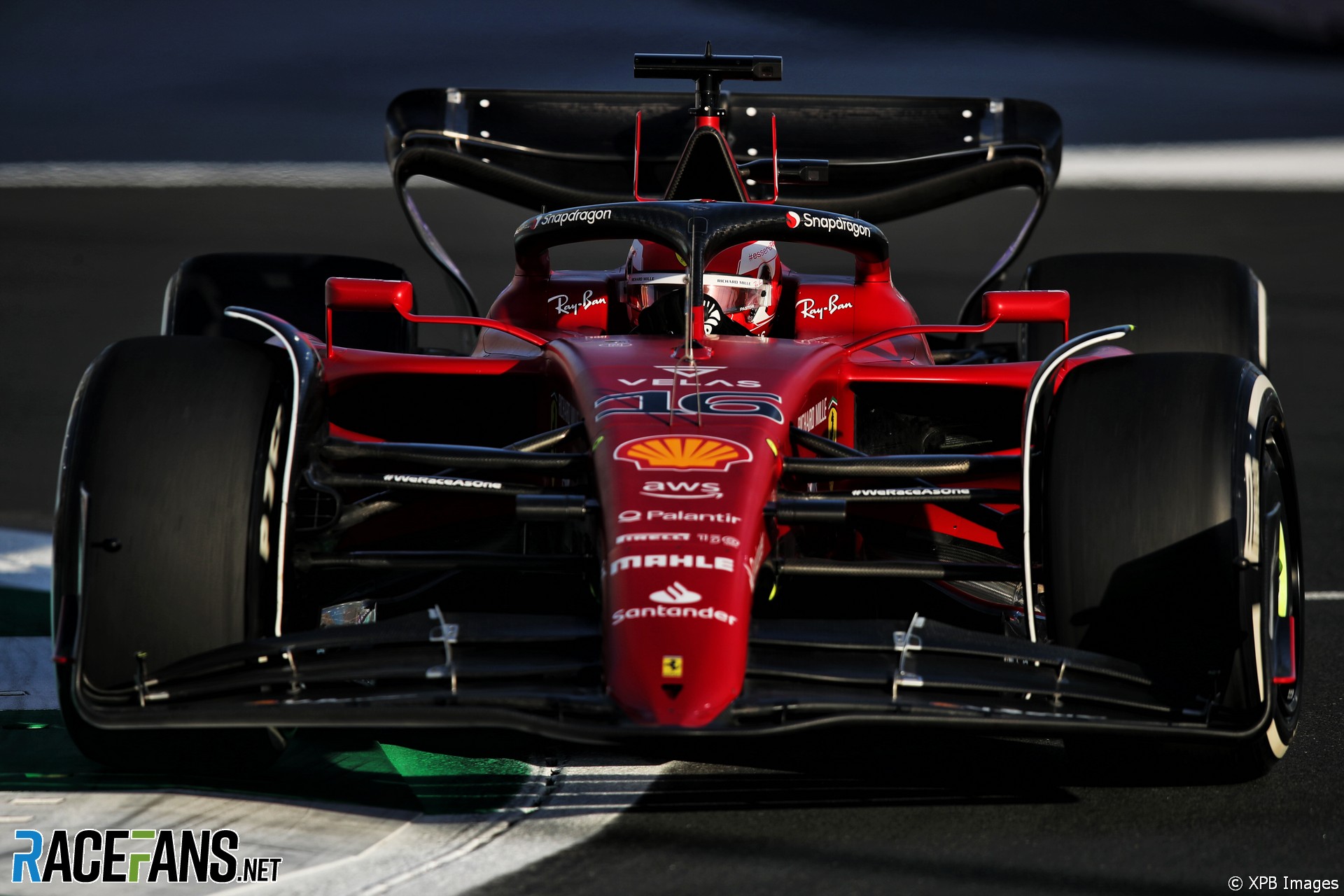 The Ferrari’s time of 1’30.772 was just over a tenth faster than Max Verstappen’s best effort, which the Red Bull driver set using the hard compound. Valtteri Bottas was third fastest for Alfa Romeo, ahead of Carlos Sainz Jnr.

It was a warm and sunny start to the track action in Saudi Arabia as first practice got underway in the early evening light.

The Jeddah Corniche Circuit had undergone minor modifications since last year’s first race in December, with the last corner just one being made wider. Verstappen, who hit the wall on the exit of turn 27 at the end of qualifying last year, ran deep into the corner and avoided the barriers, while Bottas did the same.

There was an early problem for Kevin Magnussen, who was told to come into the pits slowly without shifting down in his Haas. He was unable to make it back onto the circuit for the remainder of the session due to a suspected hydraulic leak that required the team to change a radiator on the VF-22.

Verstappen set the early benchmark on the hard tyres, before the session was briefly stopped in the early phase when a brake marker board fell off its mounting on the approach to the first corner. It came to a rest against the side of the track before it was hit by Lando Norris’s McLaren and showering debris across the circuit.

Once the track was clear, Leclerc went second fastest for Ferrari and Yuki Tsunoda and Pierre Gasly put AlphaTauri into third and fourth in the standings.

As the session progressed, a dark cloud of smoke slowly began to grow in the skyline to the north-east of the circuit. Verstappen reported a burning small in his Red Bull, but was told by his team that they were confident it was not from his car.

Leclerc then used the soft tyres to set his personal best time and the fastest time of the session, just over a tenth faster than Verstappen. As the chequered flag flew, the Ferrari driver went even quicker over the first sector, before a mistake at turn 16 made him abandon his lap.

Leclerc ended the session fastest ahead of Verstappen, with Bottas third quickest in the Alfa Romeo. Sainz was fourth in the second Ferrari, ahead of the two AlphaTauris of Gasly and Tsunoda, with Sergio Perez seventh in the second Red Bull.

Alexander Albon has been summoned by the stewards for allegedly impeding Mick Schumacher’s Haas at the high speed kink of turn nine during the session.