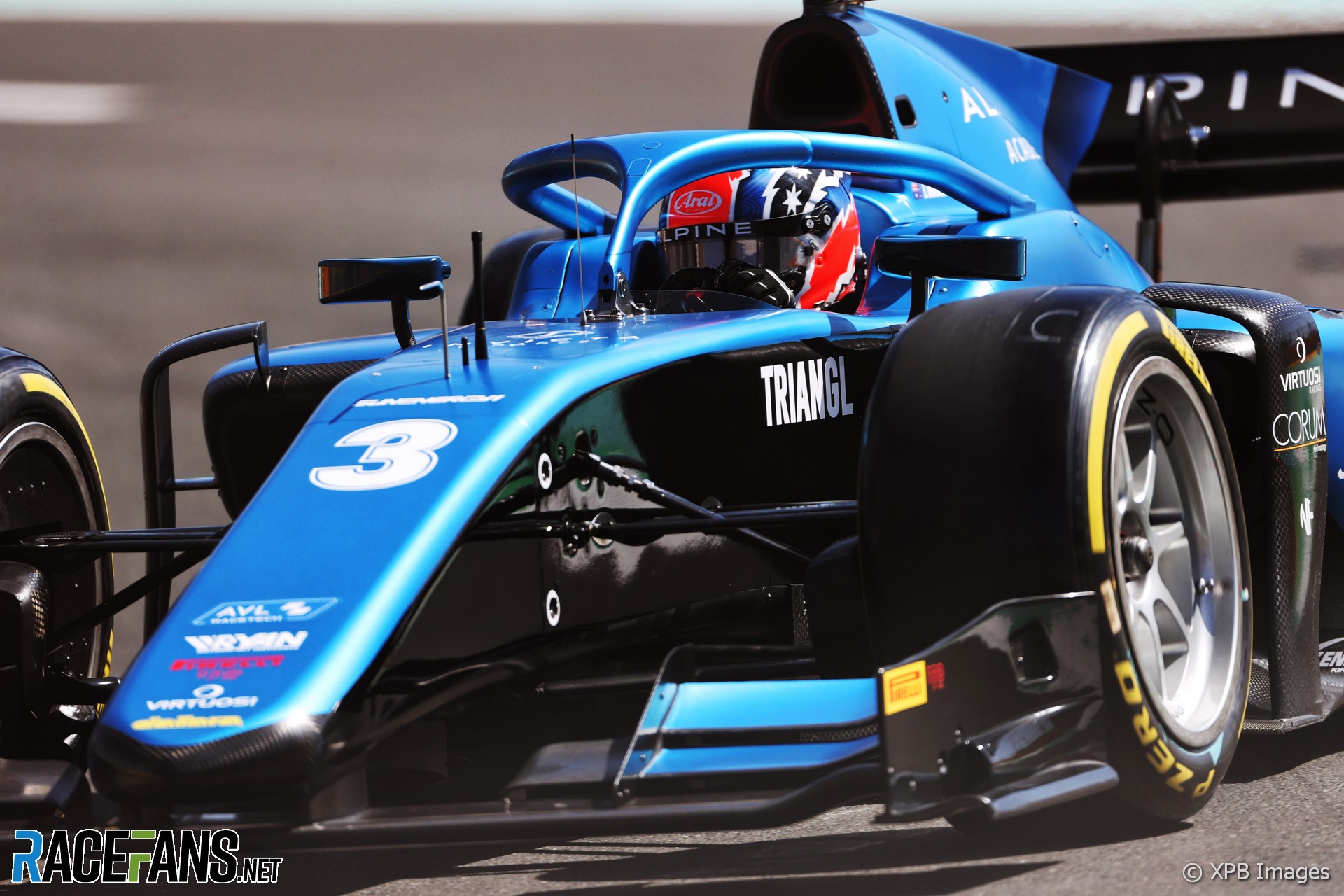 Jack Doohan has lost the third place he qualified in for this weekend’s Formula 2 feature race after his car failed a technical check.

Five other Formula 2 drivers have been given grid penalties following today’s qualifying session.

Doohan, who took third on the grid with a late, rapid lap, was disqualified entirely from the session as officials were unable to obtain the required 0.8 litre fuel sample from his car. He has been given permission to start both the sprint and feature races from the back of the grid.

Several drivers were forced to abandon laps late in the session due to fuel shortages. F2 teams are not allowed to refuel their cars during qualifying and a series of red flag interruptions meant several drivers found themselves running out. Doohan’s Virtuosi team asked for this to be considered in mitigation.

However the stewards’ report said that they “acknowledge the team manager’s statement that this was an unusual session in terms of the number of red flags that were issued.

“On their part, the team affirmed that they miscalculated the fuel load.” However, the technical regulations leave no room in terms of avoiding a sanction if a fuel sample cannot be gained.”

Five other drivers received grid drop penalties for incidents during the session.

Frederik Vesti was penalised three grid places for impeding Ralph Boschung through turn 27, with a single penalty point applied to his license. Juri Vips was penalised for impeding Enzo Fittipaldi through turn 22 and received the same penalty as Vesti. Olli Caldwell was given the same three-place grid drop and penalty point for impeding Vips, also at turn 22 but it was considered that Caldwell “could have taken better measures to avoid impeding car eight [Vips] and, therefore, did impede car eight.”

Clement Novalak was given a five-place grid penalty for impeding Caldwell at turn 22, with three penalty points added to his license. Novalak was penalised harder because of the apparent danger of the incident.

“Car 12 [Novalak] was to the right of the centre of the track in the high speed curve approaching turn 22,” the stewards noted. “The driver had not been notified of an approaching car and although he was checking his mirrors, he did not do so as he moved right towards the edge of the track. He then checked his mirrors, saw car 14 [Caldwell] approaching quickly on his right and jerked quickly left to allow car 14 to pass on his inside.

“The lack of situational awareness by Car 12 made this a dangerous case of impeding, especially given the high speed nature of this section of the circuit.”

Hitech Grand Prix was also told to pay a fine of €500 following releasing Marcus Armstrong’s car unsafely, into the path of Doohan.

4 comments on “Doohan disqualified from third on grid, five others penalised”