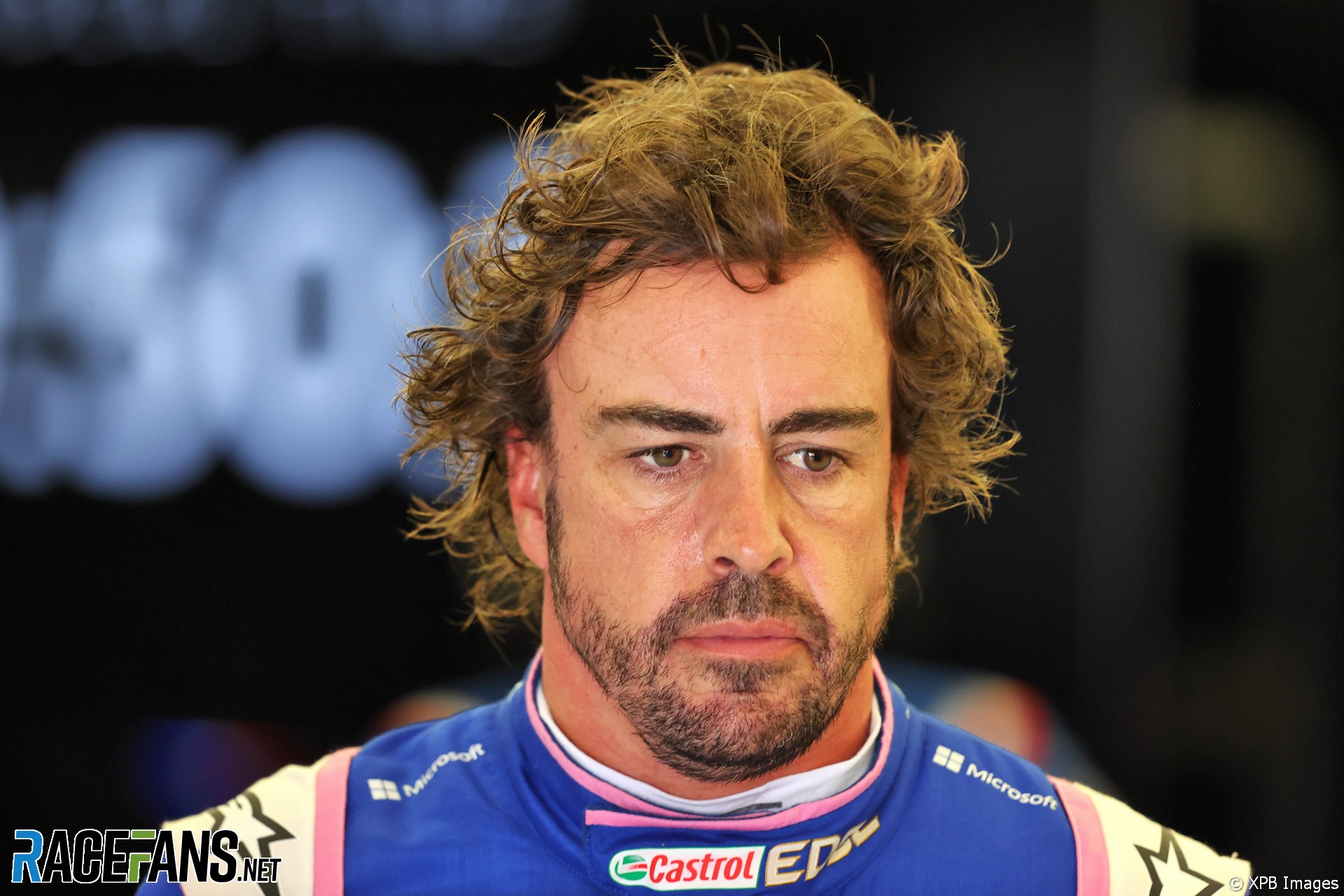 Today, almost 100 days since the 2021 Formula 1 season ended in bitter acrimony at Yas Marina, the FIA is due to finally reveal the findings of its investigation into the handling of the now-notorious Abu Dhabi Grand Prix.

Over a month has passed since the governing body of motorsport confirmed the key outcomes of the inquiry. These include dividing the race director role between two people, adding a permanent senior advisor and introducing a virtual race control room.

The FIA has also replaced F1 race director Michael Masi, who made the contentious call to restart the race on the final lap after only moving a portion of the lapped cars out of the way, and having brought the Safety Car in a lap earlier than specified by the rules.

Finally, this week it emerged the FIA has revised the rule which previously stated “any cars that have been lapped by the leader will be required to pass the cars on the lead lap and the safety car.” The regulation, which for one race Masi interpreted in a manner contrary to his own past interpretation, now refers to “all cars”.

Because the controversy swung the outcome of the world championship on the final lap of the season, it has inevitably been seen through the perspective of how it affected the contenders, Max Verstappen and Lewis Hamilton. Their views of the FIA’s impending analysis were predictable. Hamilton spoke about the need for transparency; Verstappen said there was no need for the full report on the matter to be published.

Among the remaining drivers, much the same view came back repeatedly during yesterday’s press conferences. As was the case after last year’s Brazilian Grand Prix, where the stewards surprised many by waving ‘play on’ after Verstappen ran Hamilton clean off the road, driver after driver called for clarifications and explanations over Abu Dhabi. Unsurprisingly, given that three months have passed since that race, many of those also indicated they were keen to move on from the row soon afterwards.

The reaction of the other drivers was a reminder the controversy affected more than just the title contenders. Others were disadvantaged. Carlos Sainz Jnr, who took third in Abu Dhabi, said on Thursday the unprecedented circumstances of the restart cost him a chance to fight for his first win.

In one of yesterday’s four conferences covering all 20 competitors, Pierre Gasly insisted “we need transparency and we need clarity to know what to expect.”

“What’s done is done,” he continued. “Whether it was the right thing or wrong thing, it’s important for us drivers going forward to learn how these situations are going to be treated and to know what to expect. The sooner we can get this information, the better.”

Next to speak was Lance Stroll, who pressed the point harder than most. “I think there needs to be absolute consistency and clarity in the rules,” said the Aston Martin driver, one of the trio who was told not to unlap himself while the cars between Hamilton and Verstappen were moved aside in Abu Dhabi. “What happened was unacceptable.”

However there was one notable dissenter who did not belong to the Red Bull or Mercedes camps: Fernando Alonso, who spoke shortly after Stroll.

“No, I don’t think we need to read anything,” said two-times world champion and second most experienced racer in F1 history.

“It’s done, it’s over already. There are many race direction decisions that we can understand or we cannot understand sometimes and always we move on and this time, it’s no different.”

Asked to elaborate on his views Alonso said: “I don’t know. I honestly don’t care, either.

“It was what it was, you know. Right or wrong, in that moment race direction felt right. Over the season, in 21 races there are always decisions that we could agree with, or maybe we don’t agree and we never have to study anything in detail.

“So there are different rules, I think, this year for Safety Cars and lapped cars and things like that. So as usual we move on and let’s see. Also this year, track limits are different so there is a normal evolution in the sport.”

On the face of it, this apparent reticence seems at odds with many comments Alonso made last year. Time and again the Alpine driver voiced his dissatisfaction with how F1’s rules has been applied by Masi and his team.

In Austria one of Alonso’s qualifying runs was ruined when he came upon Sebastian Vettel’s Aston Martin, which was being held up by a train of other cars. He criticised stewards for not obeying the letter of the rules by only punishing Vettel and not those ahead of him.

“There was a rule in place this weekend that you cannot slow down from [turns] nine to 10,” said Alonso. “So when you see now 12 cars in front of Sebastian at 5kph between nine and 10, in my opinion, that’s a penalty for 12 cars.”

At the same track, which held two races last year, Alonso was twice infuriated to see other drivers gain an advantage on him at the start by running wide at the first corner. Again he fumed at race control for failing to apply the rules as he understood them.

Around this time Alonso vowed he would stop complaining about the application of the rules after the fact and take matters into his own hands. “We tried to be fair and we tried to say the referee, ‘look they are playing with their hands in the penalty area’,” he said. “But if the referee is doing nothing, we understand that we can play also with the hands in the penalty area.”

He made good on his promise at the Russian Grand Prix, launching his car onto the turn two run-off area at the start and taking full advantage of a much swifter run to the next corner than he would otherwise have enjoyed. “He obviously felt at times this year that he was hard done by people gaining an advantage” observed Daniel Ricciardo afterwards.

After his public resolution to no longer be a pushover, Alonso started arguing the toss on the radio too. If Red Bull and Mercedes put the most pressure on Masi last year, Alonso was a close third.

At the Circuit of the Americas he was mystified by the stewards’ willingness to let Raikkonen overtake him off-track on the outside of turn one. He urged his race engineer Karel Loos to raise the matter with race control and reacted angrily when he was told Raikkonen would not be penalised.

Drawn into a fight with the other Alfa Romeo of Antonio Giovinazzi, Alonso deliberately ran off the track to keep his position at one point. Meanwhile Alpine’s Alan Permane disputed the Raikkonen decision with Masi.

By the time F1 arrived in Abu Dhabi it was clear Alonso’s patience with race control had run out. He found himself embroiled in another row over impeding in qualifying.

At the end of his first season back in F1 for two years, Alonso said the standard of rules enforcement in F1 was “definitely much worse than in 2018.” That was the last year under Masi’s predecessor, Charlie Whiting, who died on the eve of the following season.

So when Nicholas Latifi spun his Williams into the turn 16 barrier and inadvertently set in motion the sequence of events which would lead to a deeply controversial call by race control which swung the outcome of the world championship, it wasn’t just Red Bull who were lobbying Masi to let some cars unlap themselves. Alonso, a lapped ninth, was trailling Norris who had race leader Hamilton ahead of him, and began urging his team to help him get his lap back:

Alonso demonstrated his excellent knowledge of the rule book at this point. When the sudden call was made to let five of the eight lapped cars unlap themselves on the penultimate tour, he knew that under the rules the Safety Car had to stay out for one further lap, and therefore they wouldn’t have a chance to race at the restart.

To his surprise, the Safety Car was called in anyway, a lap earlier than it should have been:

By his own admission, Alonso’s attitude to race control changed over the course of 2021. He grew frustrated at seeing others bypass what he felt were firm rules, weary of trying to urge race control to take a firmer stance, and began lobbying race control in the same way the title contenders did.

For him, like the title rivals, this was a logical reaction to the rules becoming increasingly malleable. He pursued every possible avenue for advantage, which is precisely what his team pays him to do.

So it is perhaps to be expected he would sympathise with whoever did the best job of lobbying Masi. But whatever the FIA reveals today, a revolution has swept through race control in the off-season, and it will be fascinating to observe how this formidable competitor handles the new regime.