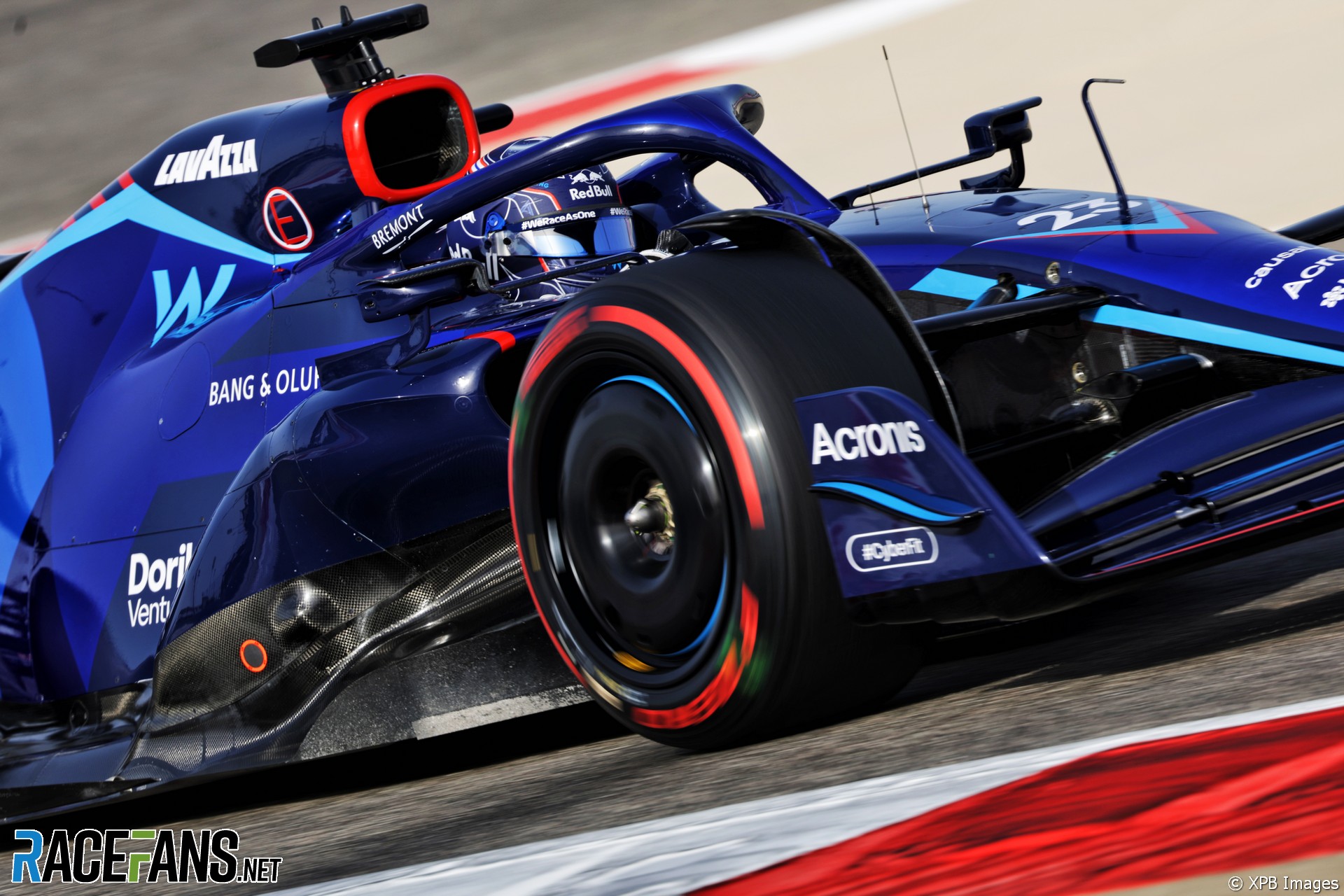 Williams ended the first day of practice in Bahrain at the bottom of the times sheets but the team’s drivers suspect their problems are amplified by the circuit’s characteristics.

Alexander Albon, who ended the day slowest of all, said the team has made progress with its FW44 since testing at the track a week ago.

“Positively, the car is in a better place than it was last week, so we’re making the right steps forward,” he said. “We know historically this track doesn’t really suit our car that well. It felt better in Barcelona, but we’re getting it there.”

Albon said the team are on “a bit of a learning curve” to improve the car’s handling in the many low-speed corners at the Bahrain circuit.

“When it is tricky it definitely has a certain driving style,” he explained. “There is one driving style in the car and it’s just about kind of learning that, avoiding the front locking more than anything else.”

“If you look at the comparisons, nine and 10 is our worst corner, we’re just struggling to brake as late as other cars,” he added.

“We have a direction that we obviously are pushing for and I feel like we’re halfway there now just from last weekend to now. So it’s positive, obviously it might take a bit longer to find the extra bit but we’re making progress.”

Latifi, who ended practice three-tenths of a second away from the next-slowest car, said Bahrain is “probably one of the more extreme tracks in that regard to highlight the limitations we have.”

“Obviously it’s a very exposed track from the wind, a very rough track,” he said. “We’re driving a lot in the hotter conditions at points. Very technical, slow-speed corners as well where we know these cars in general with the extra weight and kind of worse ride it’s clear it’s losing a lot more performance in those corners.”