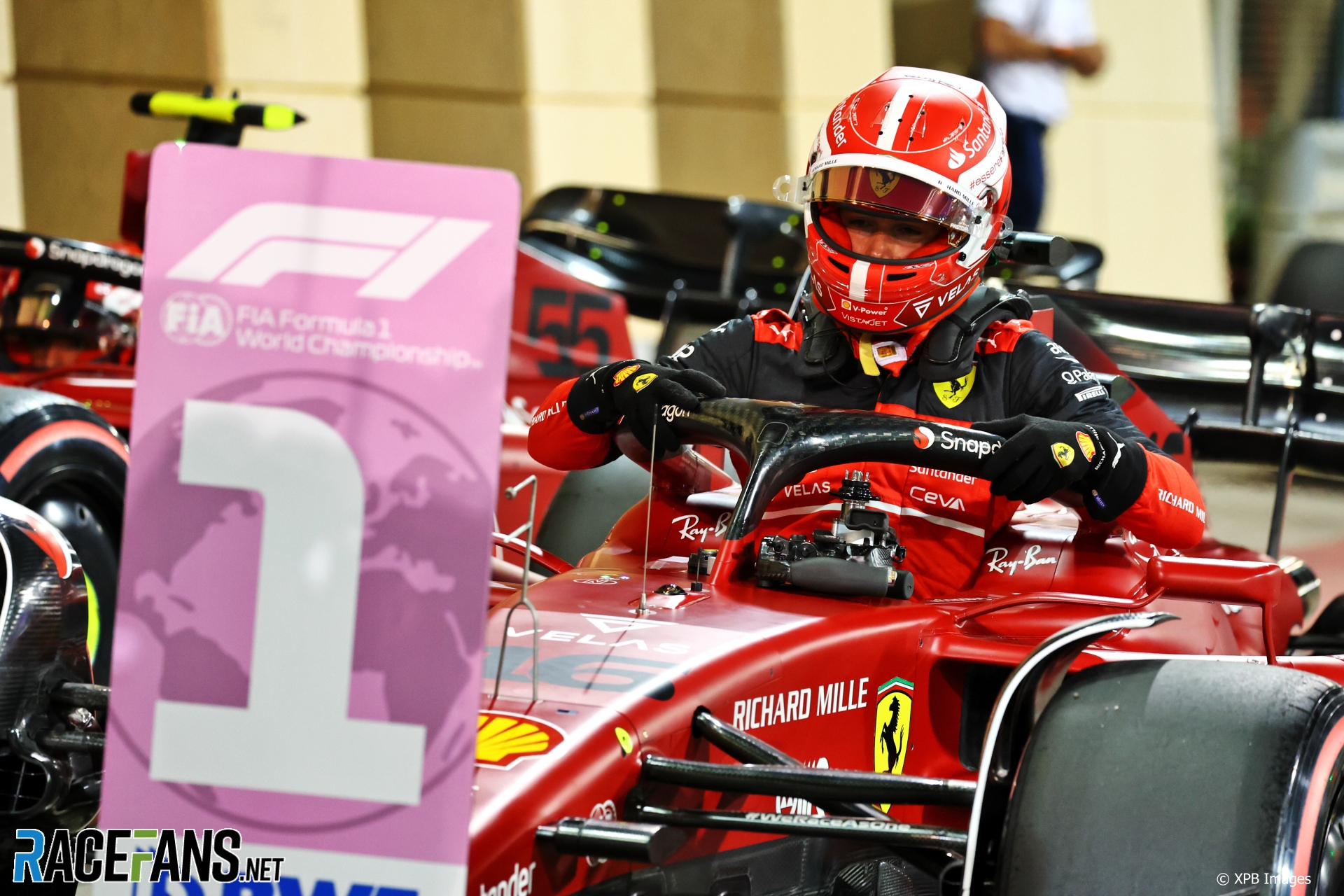 Charles Leclerc was surprised Ferrari were able to beat Red Bull to pole position for the Bahrain Grand Prix.

He claimed the first pole position of the season by just one-tenth of a second from Max Verstappen, who headed the second and third practice sessions.

“We were pretty sure that Red Bull was going to be a bit quicker than us also in qualifying,” said Leclerc. “But a good surprise it wasn’t the case.”

Leclerc took two pole positions last year but the team was unable to win a race, and hasn’t taken a victory since 2019. He praised the team for capitalising on the opportunity offered by Formula 1’s new regulations to start the season at the front.

“It feels good,” he said. “The last few years have been incredibly difficult for the team.

“We were quite hopeful that this was an opportunity to be back in the front. I think we have worked extremely well as a team to find ourselves again in a position to fight for for better places.”

However he admitted he still isn’t completely comfortable at the wheel of his F1-75.

“It’s been a very tricky qualifying session,” said Leclerc. “I wasn’t completely happy with my driving but we managed to do that lap in Q3 and we’re starting from pole. So I’m very happy.”

“From the driving point it’s completely different compared to last year,” he explained. “Testing was very useful for this, I tried many different driving styles and still need to find the perfect one. There’s definitely much more to come, hopefully, from us.”

“Now we need to finish the weekend on a high,” he said. “Tomorrow is not going to be easy. Tyre degradation here is a thing. And especially with this increase of weight there is this year. So we need to focus on that and hopefully have a good race tomorrow.”