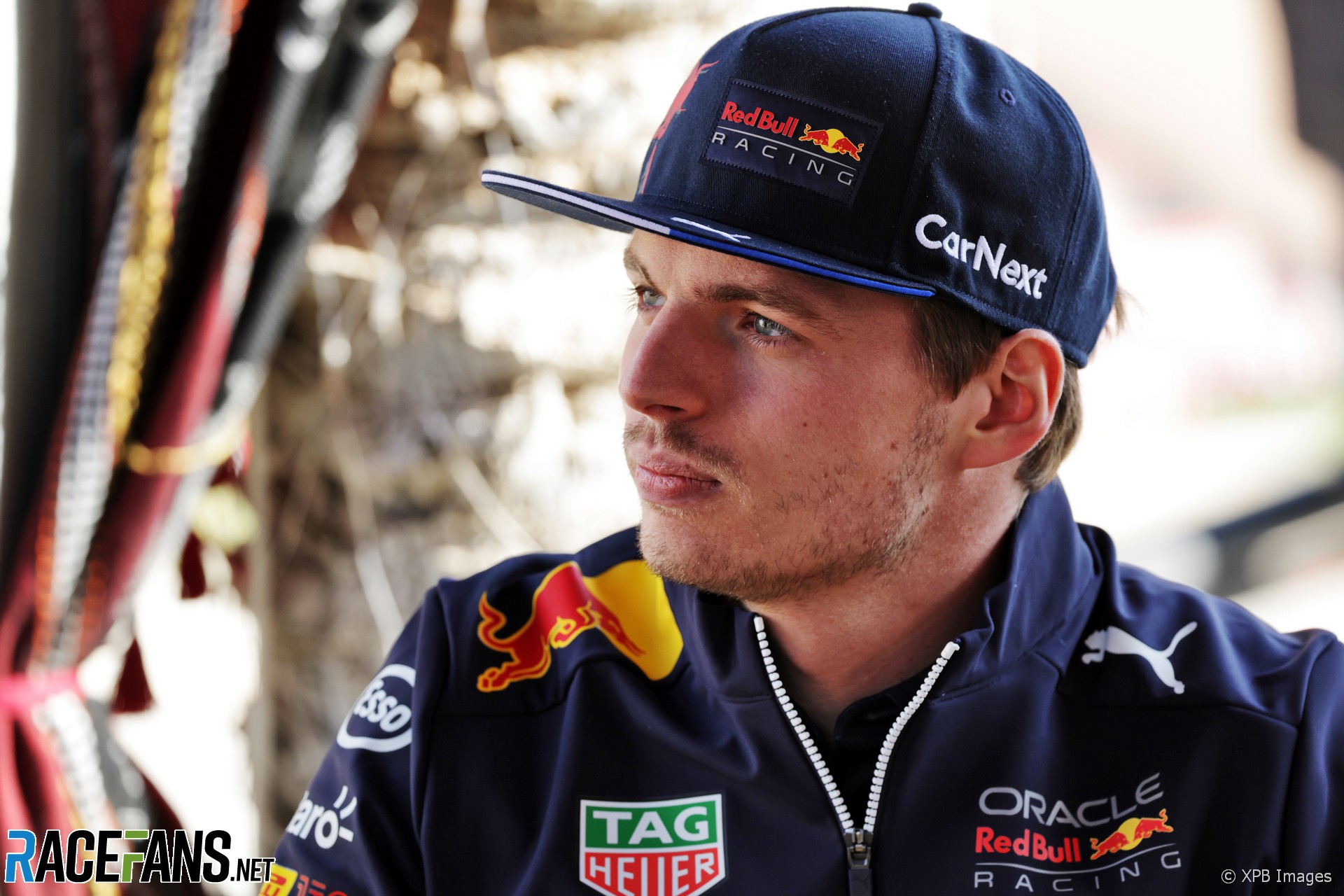 Max Verstappen says there is no need for a full report on the controversial conclusion to last year’s world championship in Abu Dhabi.

The FIA is due to reveal details tomorrow of its investigation into the hotly disputed outcome of last season, over three months since Verstappen clinched the championship at the Yas Marina.

Verstappen passed Lewis Hamilton to win on the final lap of the race, following a restart which contravened F1’s regulations. FIA F1 race director Michael Masi, who made the decision to restart the race, has been replaced in the role, and the sport has initiated other major changes to its officiating structure.

But while the outcomes of the report have already been put into action, the FIA’s explanation for what went wrong in Abu Dhabi is not yet known. Details are expected to be revealed following a meeting tomorrow but Verstappen says the sport’s governing body does not need to give a comprehensive account of the controversy.

“I don’t think we need a full report,” he said in today’s FIA press conference ahead of the Bahrain Grand Prix.

“Of course every year it’s good to discuss about what will happen the year before and what you can do better. That’s what teams do as well, you always analyse everything you do.

“So we’ll find out and of course if things can be written down in an easier way or a way to understand it better, the wording, then for sure. Let’s see.”

However Hamilton said he spoke to FIA president Mohammed Ben Sulayem yesterday about the controversy and stressed the sport must be transparent about the outcome to last year’s world championship.

“I think it’s important that, as a sport, we are transparent,” said Hamilton.

“I had a good meeting with Mohammed last night who agreed that’s the direction we should take as a sport and so we’re looking forward to seeing it come out and for people to know that the sport is transparent and we are learning from what’s happened in the past and we’ll make improvements moving forwards.”

Several of their rivals said it is important for the report’s findings to be made public and they are keen to learn how the contentious outcome to the race came about.

“I think it is really important to have that transparency and for us to be able to see it,” said Charles Leclerc. “Whether I will read it, I don’t think so, it will probably be too long, but it’s important to at least have the big lines and know what is the conclusion of it in order to grow from it and to maybe manage those situations better in the future.”

Leclerc’s team mate Carlos Sainz Jnr, who said yesterday Masi’s handling of the restart cost him the chance to fight for his first win, wants to see the report and then draw a line under the controversy.

“I’m obviously interested in seeing what comes out of it and what we have learnt as a sport and what changes are going to be applied to make sure that such a thing doesn’t repeat again,” said the Ferrari driver.

“But at the same time, I think as soon as it comes out and as soon as it’s analysed and read by everyone, it’s time to move on. We are in March 2022 and we’re still talking about December 2021.

“I think as a sport, it’s also time to, whatever comes out of that meeting, learn from it, apply the lessons learnt and move on and never talk about it too much again.”

Sainz says he was disadvantaged by Masi’s refusal to allow all lapped cars to rejoin the lead lap at the end of the race. Mick Schumacher, one of three drivers who was not allowed to get his lap back, said F1 must avoid a repeat of the Abu Dhabi row in the future.

“That’s in the past,” he said. “It’s good to know what came out of the result and analyse it but we have to look to the future and obviously try not to repeat something like that.”

Other drivers echoed the view F1 needs to learn from the controversy and move on.

“It’s time to move on, but I’m definitely keen to see the full report and all the details and make sure the learnings have been made, that is the main thing,” said Valtteri Bottas

“I agree a thousand percent with this too,” said Verstappen’s team mate Sergio Perez. “I think it would be important to learn from it, but also it will be very important to move on.”