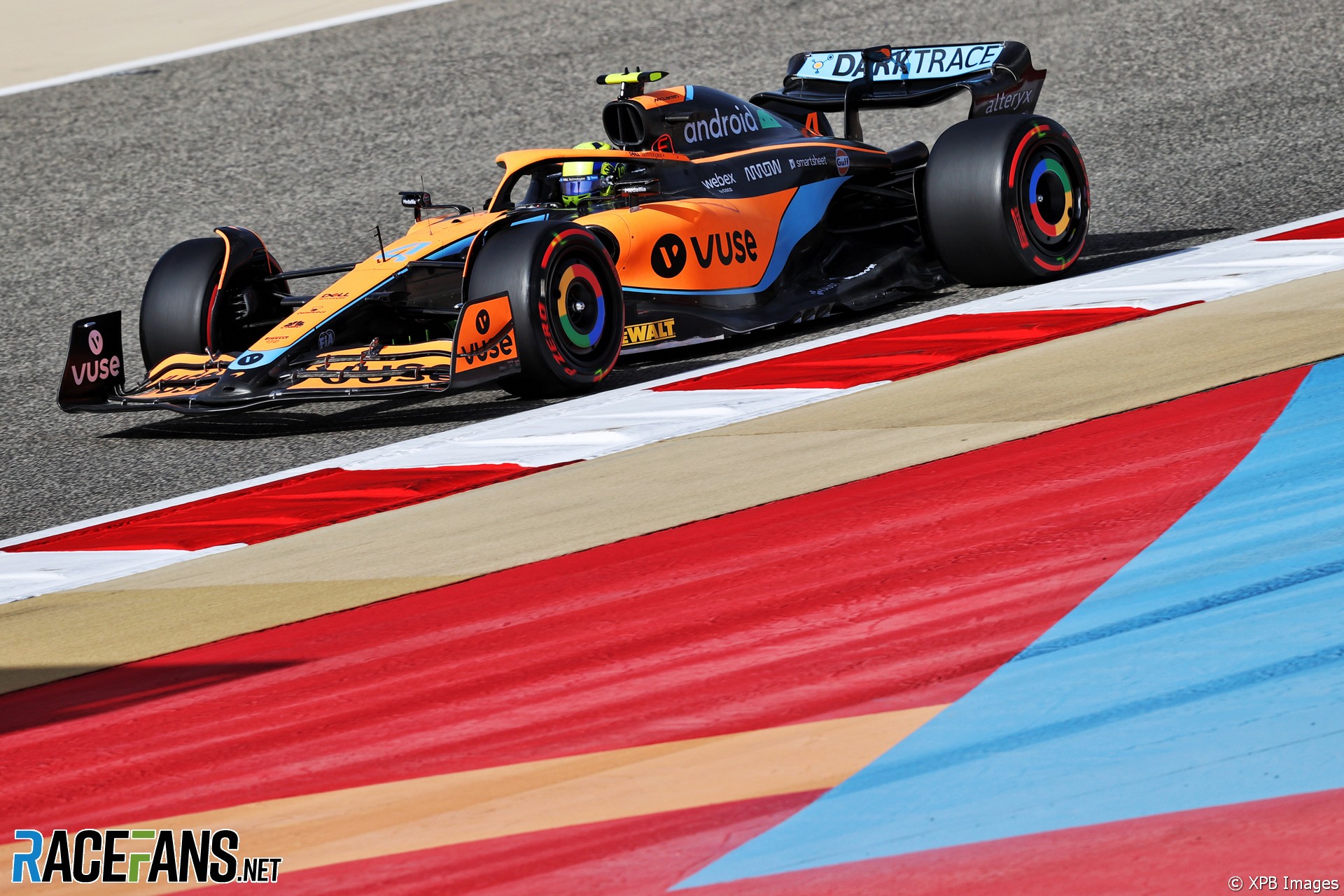 McLaren team principal Andreas Seidl said the team is running a less-than-ideal braking package on its car for the Bahrain Grand Prix weekend after the problems it encountered in testing.

The team’s test in Bahrain last week was badly disrupted when it discovered a problem with its brakes. It has hurriedly flown new brake ducts to the circuit to address the problem.

“Obviously brake ducts are quite complex parts if you look at the entire Formula 1 car,” said Seidl. “So it was a race against time in order to bring an interim solution to here.

“It’s definitely not the final, ideal solution. But we did what we could, the factory was flat-out in the last seven, eight days in order to provide us with the solutions we have on the cars now, which we have to evaluate now in free practice one and two.

“Hopefully it allows us then to get back to normal running, to get back into our rhythm as well, which we lost a bit during the last test and then we take it from there.”

Lando Norris, who did all of the team’s testing last week as Daniel Ricciardo was sidelined with Covid-19, praised their quick work to get the new parts to the track.

“The team did an excellent job in trying to get as many parts as possible, things to fix those issues and the problems,” he said ahead of the first practice session. “But to a certain extent you don’t know how well they’re going to work. We literally have to put them on the car and go out and drive with them for the first time to understand just how good they are and whether it’s enough or too much.”

Norris admitted the team may have to compromise its performance in the opening race while it gets on top of the problem.

“Obviously we prefer to be on the side of ‘too much’ and we can come back and make modifications from there. But there could be a chance of either: It could be a perfect race when there are no issues and of course that’s an ideal world, and there could be a race where we have to still manage many things.

“Personally, and between the whole team, we don’t know just yet.”

Norris set the 16th-quickest time in practice, 2.1 seconds off the pace set by AlphaTauri’s Pierre Gasly, while Ricciardo was close behind in 17th.