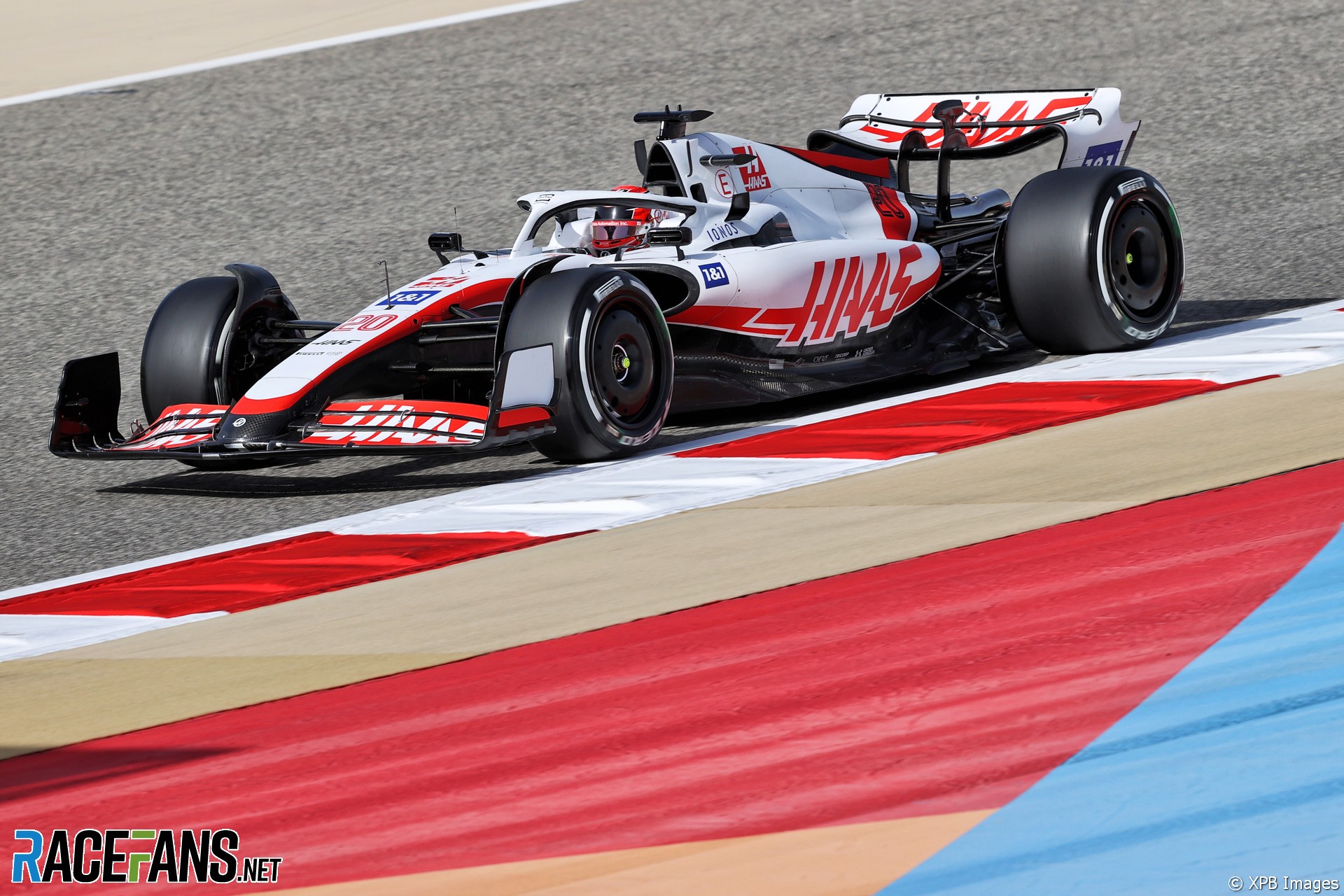 Kevin Magnussen admitted he was astonished by the competitiveness of his Haas after the first day of practice for the Bahrain Grand Prix.

Nine days after his return to the team was announced, Magnussen placed tenth in the second practice session for the Bahrain Grand Prix, two places behind team mate Mick Schumacher.

Magnussen was released by the team at the end of 2020 as it needed to bring in drivers with budgets. He was rehired after Haas parted ways with Nikita Mazepin following Russia’s invasion of Ukraine.

When he last drove for Haas in 2020 Magnussen only scored a single point all season. Following practice today Magnussen admitted he was stunned to find the team in such good shape on his return.

Haas had long prioritised the new regulations for this year over development work on its previous chassis. It endured a long slump in competitiveness which culminated in a point-less 2021 campaign.

The strategy appears to have paid off. “The team knows that they’ve been working really hard on this car,” Magnussen said in response to a question from RaceFans. “They shifted focus fully very early and kind of made a sacrifice with last year’s car especially and the 2020 car.

“So it was some tough times to get to this point where we have a stronger car now and it’s a relief to be here. We passed all of this tough time with a car that you don’t develop.”

However he admitted they cannot read too much into their pace until after Sunday’s grand prix.

“If the car is good in the race, then we can build from there,” he said. “Our goal or our hope was to be in the points. It’s been a good start and fingers crossed it will continue like this.”

Magnussen’s lap times over his race simulation run at the end of practice compared favourably with those of Lewis Hamilton. The Mercedes driver separated the Haas pair on the timing screens at the end of the day.

“It’s very strange,” said Magnussen. “So let’s see. I can’t say that I’m believing that so I want to see it before I believe it, on Sunday.”