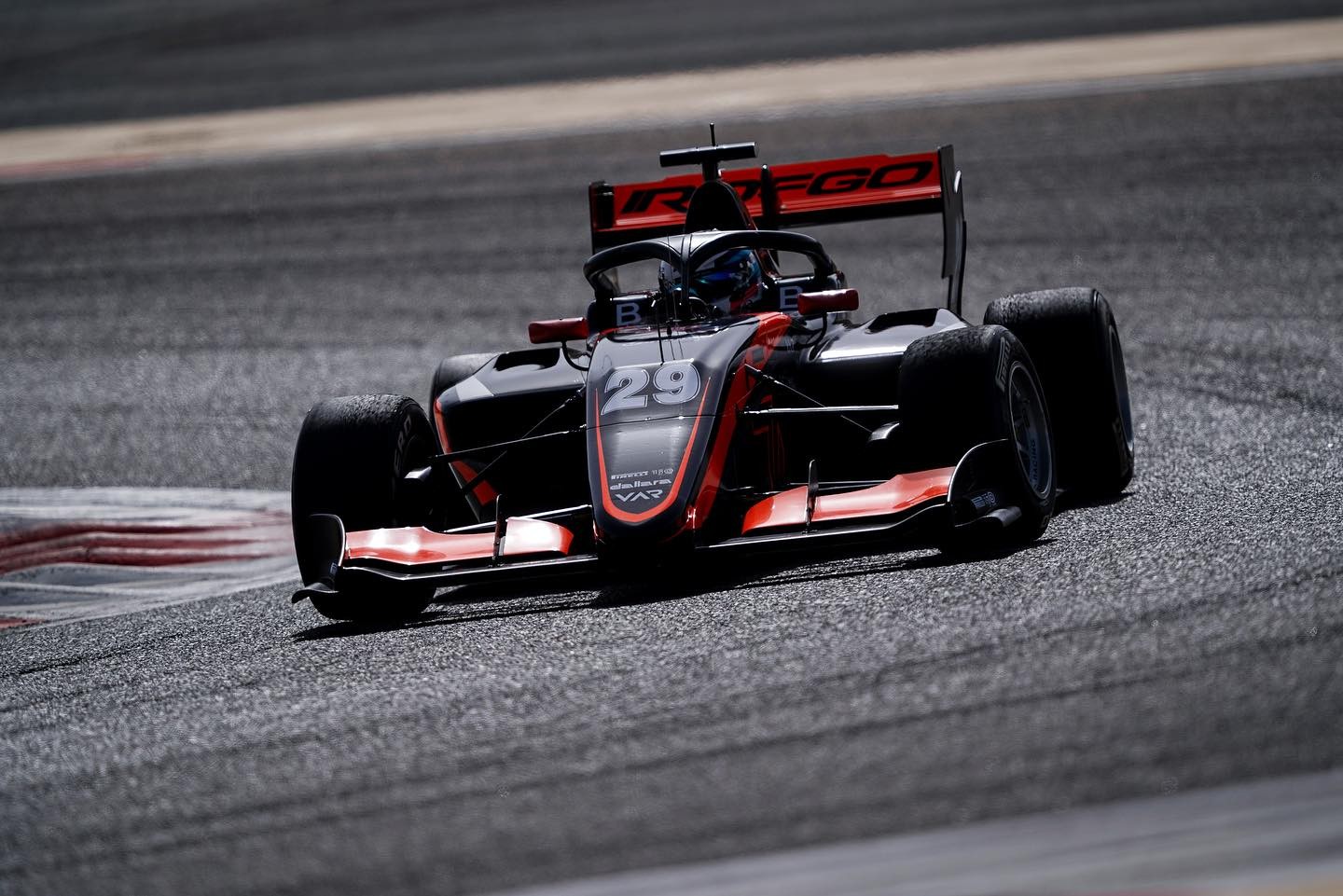 Franco Colapinto has taken pole for Van Amersfoort Racing on the debuts for both driver and team in FIA Formula 3 in Bahrain.

Gregoire Saucy set the pace in the first 10 minutes of the half-hour session with a 1’46.978, becoming the first driver to get below a 1’47 lap time.

Saucy held on to the top of the times until, with 12 minutes to go, Alexander Smolyar set a 1’46.642, beating Saucy’s time by more than three tenths. The Russian driver has returned to the series as a neutral competitor for 2022, and is driving a largely black car unlike his MP team mates Caio Collet and Kush Maini.

Concerned Prema mechanics were seen removing the bodywork of Jak Crawford’s car as fluid leaked from it across the pit lane. He re-emerged from the pits in the final minutes having missed crucial laps.

Meanwhile Colapinto played himself in steadily: Over his first seven laps his best time was a 1’58.252. However, in the final minutes of the session Colapinto found remarkable pace, leaping to the top of the times with a 1’46.249.

Roman Stanek challenged to take Colapinto’s top spot with a 1’46.314 but no driver was able to best the Van Amersfoort driver’s time.

On their final laps, a queue of Charouz cars had built up towards the line when, into the final corner, Smolyar came up behind them, clearly on a flying lap. Ayrton Simmons, leading the queue, moved across to start his lap and into the path of Smolyar. The pair narrowly avoided a collision but Smolyar’s final lap was ruined.

There was more trouble for MP as Maini missed the FIA weighbridge when he returned from a lap with seven minutes to go and was put under investigation after the race. A lap to the chequered flag saw him claim third, ahead of any penalty to be applied.

Unlike Formula 1 and 2, F3’s qualifying session at Bahrain is held in daylight. However, track temperatures were relatively low for Sakhir, with the tarmac at 29C and air temperature 10 degrees lower. Temperatures steadily dropped over the session, due to the strong winds around the circuit.