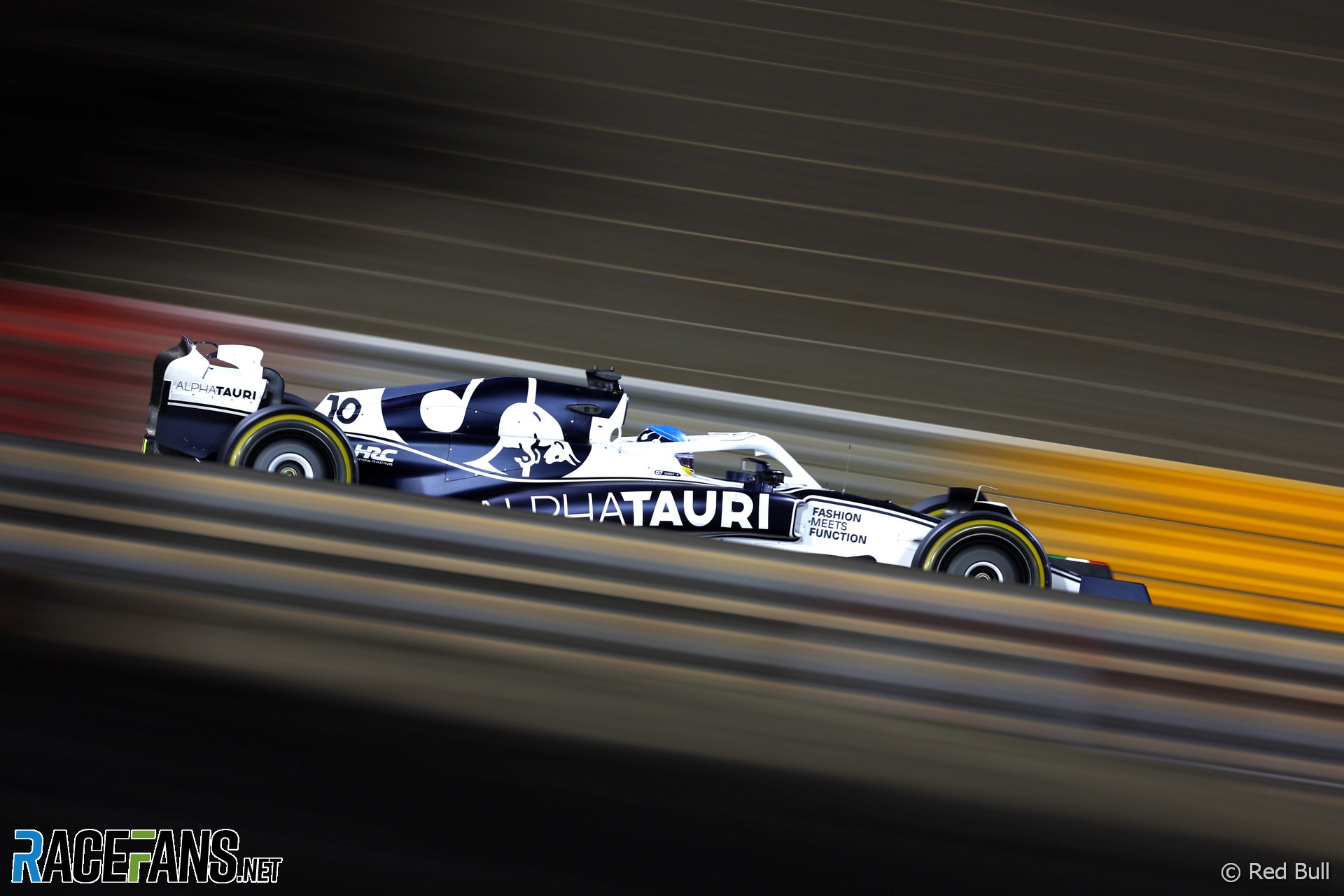 Pierre Gasly set the pace during first practice in Bahrain but admitted he was “struggling massively” during the second session, held in cooler temperatures in the evening.

The AlphaTauri driver said he experienced two “very different sessions” after falling to 13th place in the evening, 1.6 seconds off the pace set by Red Bull’s Max Verstappen.

He described how the car’s handling transformed in the second session. “It’s very clear that we were sliding a lot more, both axles, front and rear, and open balance,” he said in response to a question from RaceFans. “Just not going in the right direction.

“This morning it was just riding a bicycle, it was just very natural and very easy and the pace was there straight away. And straight from the first lap in FP2 I could feel ‘ah, okay, it doesn’t feel the same’.

“Obviously it’s very different conditions, tyres are behaving differently so quite a lot of things to go through tonight.”

However Gasly is confident the team will get on top of the problem.

“I don’t want to sound like there is anything dramatic, it’s just something we need to go through,” he said. “And there’s surely an explanation.

“At least we’ve shown some pace which is good. We’ll be worrying if we will be always on the back foot.

“We’ve shown that we can go fast now, now we just need to understand why tonight we were not able to do it. I’m sure there are going to be explanations but we just need a bit of time to go through everything.”

He admitted the team needs to prioritise getting its car to work in the cooler evening temperatures as that is when qualifying and the race will take place.

“Clearly for us the hotter track conditions helped us or worked better for our car and then in the cooler conditions tonight we struggled massively,” he said. “Now we need to go through everything and try to understand what to do because obviously the qualifying and the race is by night so we’ll have similar conditions.”