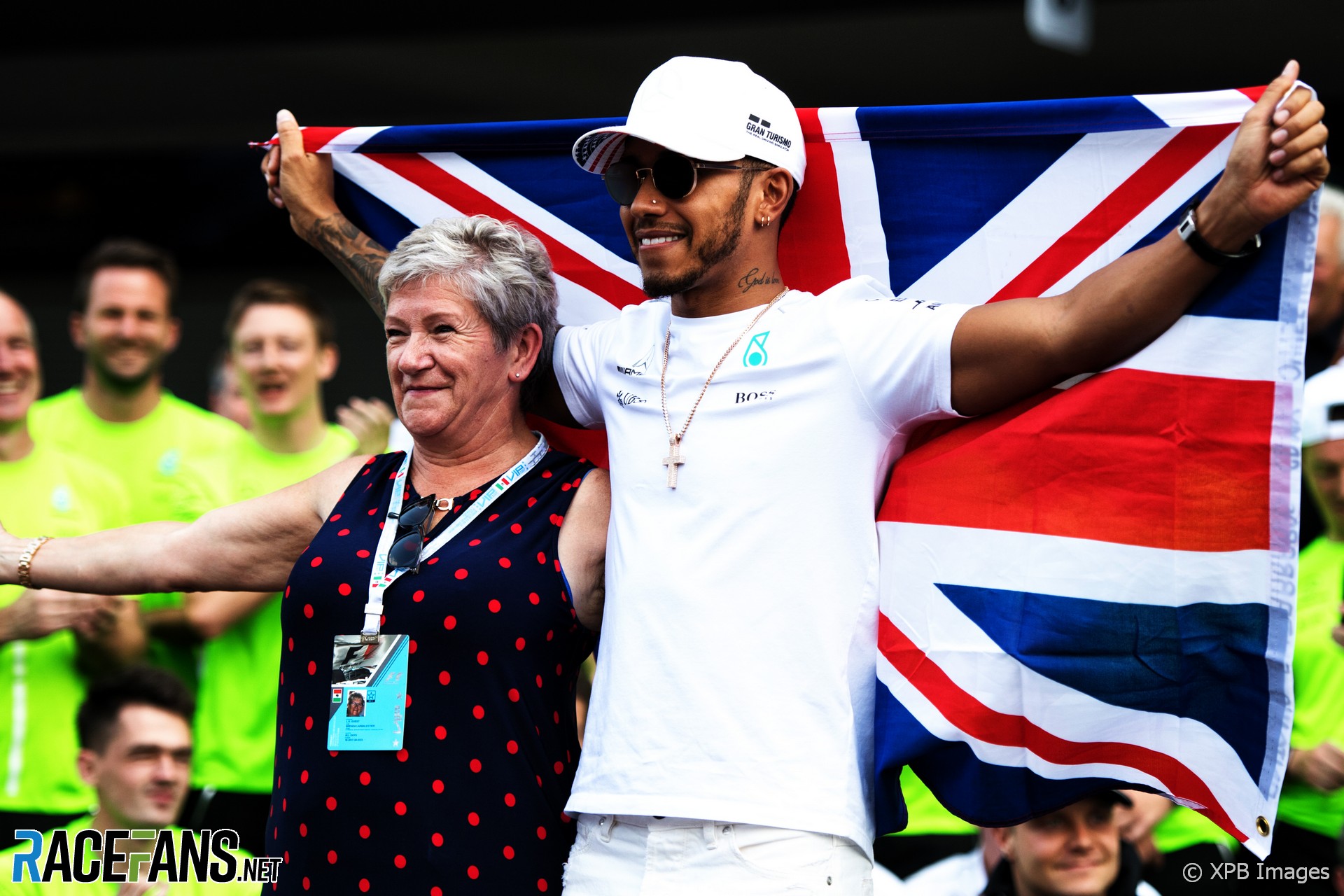 Lewis Hamilton says he intends to change his name to incorporate his mother’s surname, Larbalestier.

Speaking to an audience at Dubai’s Expo 2020 event, Hamilton confirmed he is working on changing his surname to acknowledge his biological mother, Carmen Larbalestier. She separated from his father Anthony Hamilton when the future world champion was two years old.

Hamilton revealed the planned change when discussing his eagerness to win an eighth world championship which narrowly eluded him at the end of last year.

“I’m actually, none of you might know that my mum’s name is Larbalestier and I am just about to put that in my name.

“Because I don’t fully understand the idea that when people get married the woman loses their name. And my mum, I really want her name to continue on [along] with the Hamilton name.”

Asked when he intends to make the change Hamilton said: “Hopefully soon, I don’t know if it will be this weekend but we are working on it.”

Winning an eighth world championship, which would break the record set by Michael Schumacher, “would be mind-blowing”, said Hamilton.

“I know it would mean so much to all of us that go through all these different emotions though the year, those of you that are on the road with me, whether you are at home or at the race track.”

Hamilton also talked about his relationship with his father, who he described as being a “hard parent” when he was younger.

“At my first grand prix win in 2007, I remember looking down and watching my dad smiling up at me and that was real, real deep for me because he was a very, very hard parent.

“Not particularly the most loving because he felt like he had to be this solid rock, always. But in that moment, I knew that I made him proud.”

He said he had been through a “difficult period of time” following his controversial championship defeat in Abu Dhabi, following which he made no public comments for over two months.

“I had to unplug,” he said. “Just so you know if any of you want to do it, just unplugging from social media is a really, really good thing. I missed everyone that follows and supports, but I really needed the time to really recentre, refocus.

“I was with my family, trying to be the best uncle I can be and just create memories in the family rebuilding and I’ve come back to fight.”

105 comments on “Hamilton changing his name to include mother’s surname, Larbalestier”