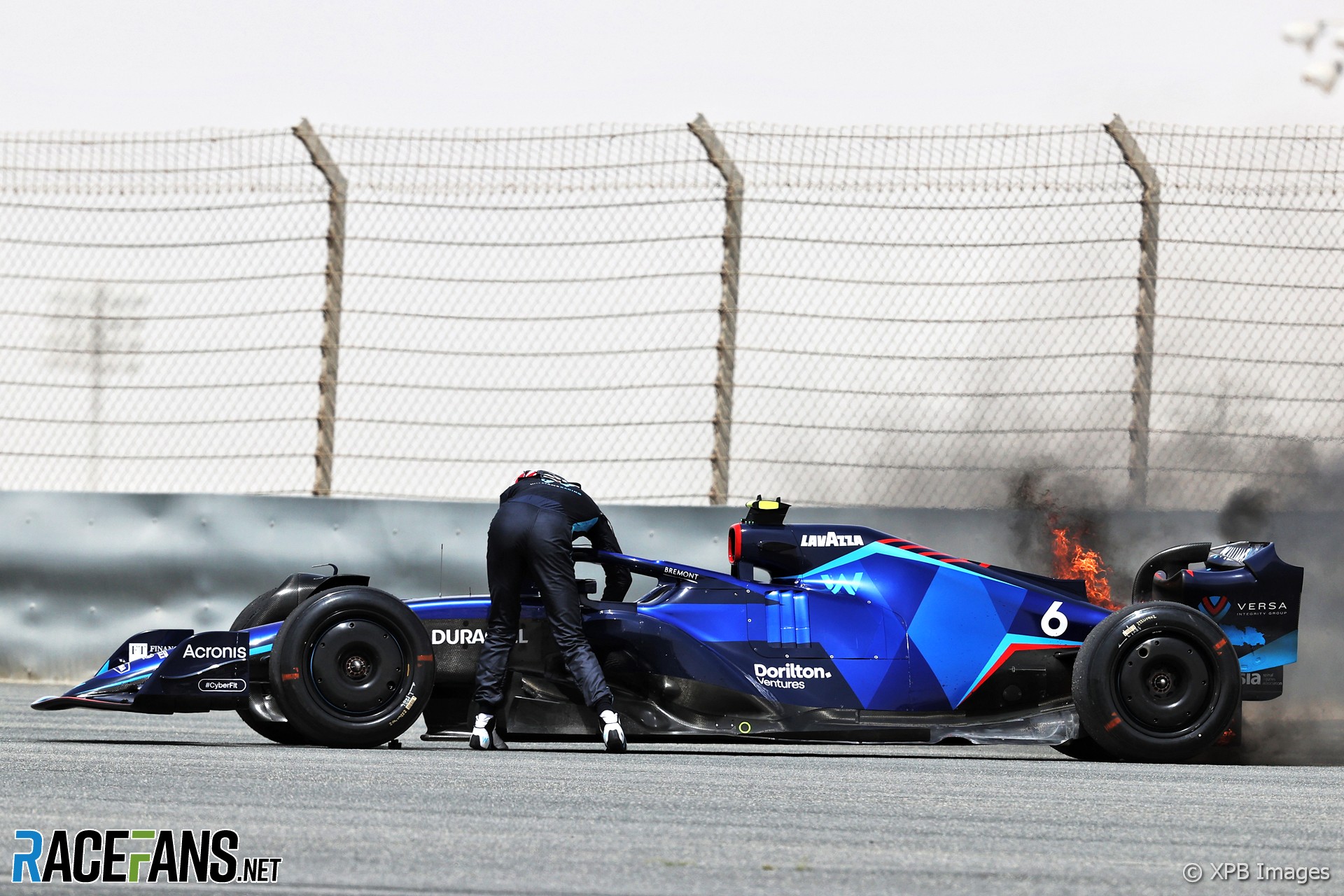 Williams have been forced to end their second day of running after the fire that stopped Nicholas Latifi in this morning’s session.

After Alexander Albon covered 104 laps in the FW44 on Friday, Latifi took to the track on Friday morning for his first laps around the Bahrain International Circuit.

However, his running was halted after 12 laps when his car began smoking from the rear wheels. As his brakes appeared to catch fire, Latifi was sent spinning off the circuit where the fire at the rear of the car grew. As Latifi and trackside marshals attempted to put out the flames, there was a small explosion at the rear of the car.

While the cause of the explosion is not yet known, the team do not believe it was a brake disc that shattered, while Pirelli have confirmed it was not a tyre that burst.

Speaking at the drivers’ press conference during the lunch break, Albon said that the problem looked worse than it was. “Obviously fire’s never great and it gets everywhere. It should be okay hopefully. I don’t know too much right now, but we’ll see the damage later on.”

However, after assessing the damage, Williams later announced that they would be unable to get the car back out for the rest of the day

“Repairs are underway on the FW44,” the team announced on social media. “We will not take part in the remainder of today’s running but look forward to hitting the track for the final day of testing here tomorrow.

Both Albon and Latifi are scheduled to share the running on the final day of testing on Saturday. Albon says that despite the loss of running for the team today, he is positive about Williams’ pre-season so far.

“It feels good,” he said. “We’ve got good mileage – something which we’ve been focussed on in Barcelona and have managed to get again good laps yesterday.

“It feels like there’s a little bit of tweaking to do with the setup, but otherwise nothing out of the normal. It feels like we’ve gone into this new car with a good foundation.”