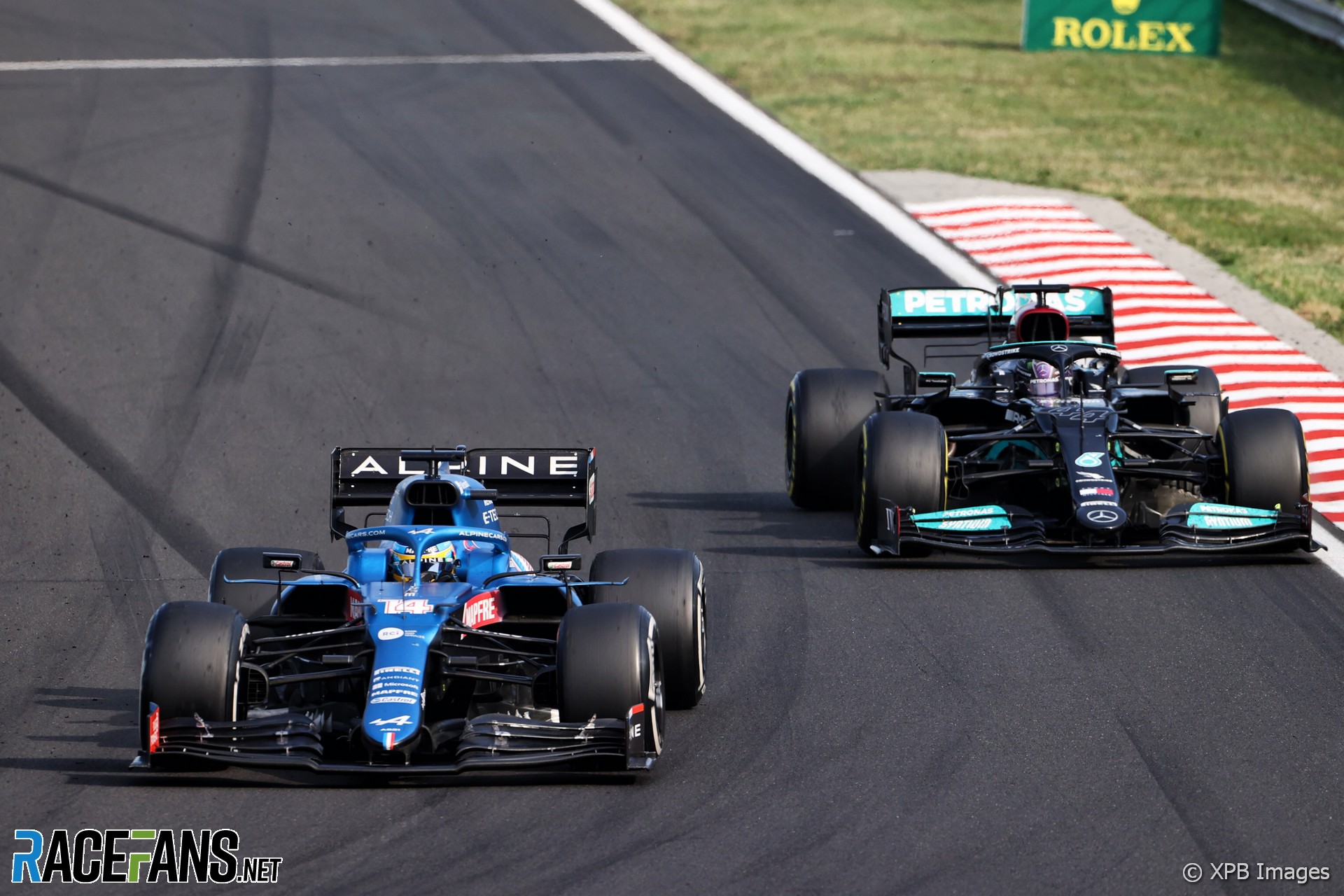 Lando Norris says Formula 1’s new rules designed to improve overtaking may reduce the amount of multi-lap duels between drivers during races in 2022.

Formula 1 cars will look and behave remarkably different thanks to extensive rewriting of the technical regulations for 2022 designed to address the long-standing problem with the dirty air effect in the sport.

Asked by RaceFans for his view on the new regulations, Norris said he is hopeful that new rules for 2022 will see a marked improvement in drivers being able to follow rivals more closely.

“I mean, I hope so,” Norris said. “From what I’ve seen from the CFD pictures and so on, it does look better. So I’m just hoping that as a fact it is going to be better. By how much, I’m not sure. I’m hoping it’s at least noticeable to us that we can follow that chunk better and closer and so on.

“If that is the case, then I think it will change quite a bit. It will change strategies a lot, it could change whether Saturdays or or Sundays are more biased – which one are you going to put more performance and effort into. And that can change again depending on the tracks and so on. It can go either way.”

Despite his confidence that the new rules package will offer more opportunities for drivers to attack their rivals, Norris also believes there could be fewer multi-lap battles for fans to enjoy, such as the Hungarian Grand Prix last season where Fernando Alonso fended off the faster Mercedes of Lewis Hamilton for multiple laps around the twisty Hungaroring circuit.

“There were a lot of great battles you saw last year because of the difficulty to overtake,” Norris explained.

“There was a lot of great battles, like Hamilton and Fernando [in Hungary]: Hamilton couldn’t get past Fernando in Budapest because it was so difficult to follow and everyone thought that was one of the best battles of the season. Whereas maybe this year, you see Lewis past in two laps and you don’t kind of see that side of it. You don’t get to see as good a battle.

“But, on the other side, there were not many battles because as soon as you get two seconds behind someone, you lose the downforce and you can’t do anything. But then this year, if you get much closer, you can overtake and might see a lot more battles.”