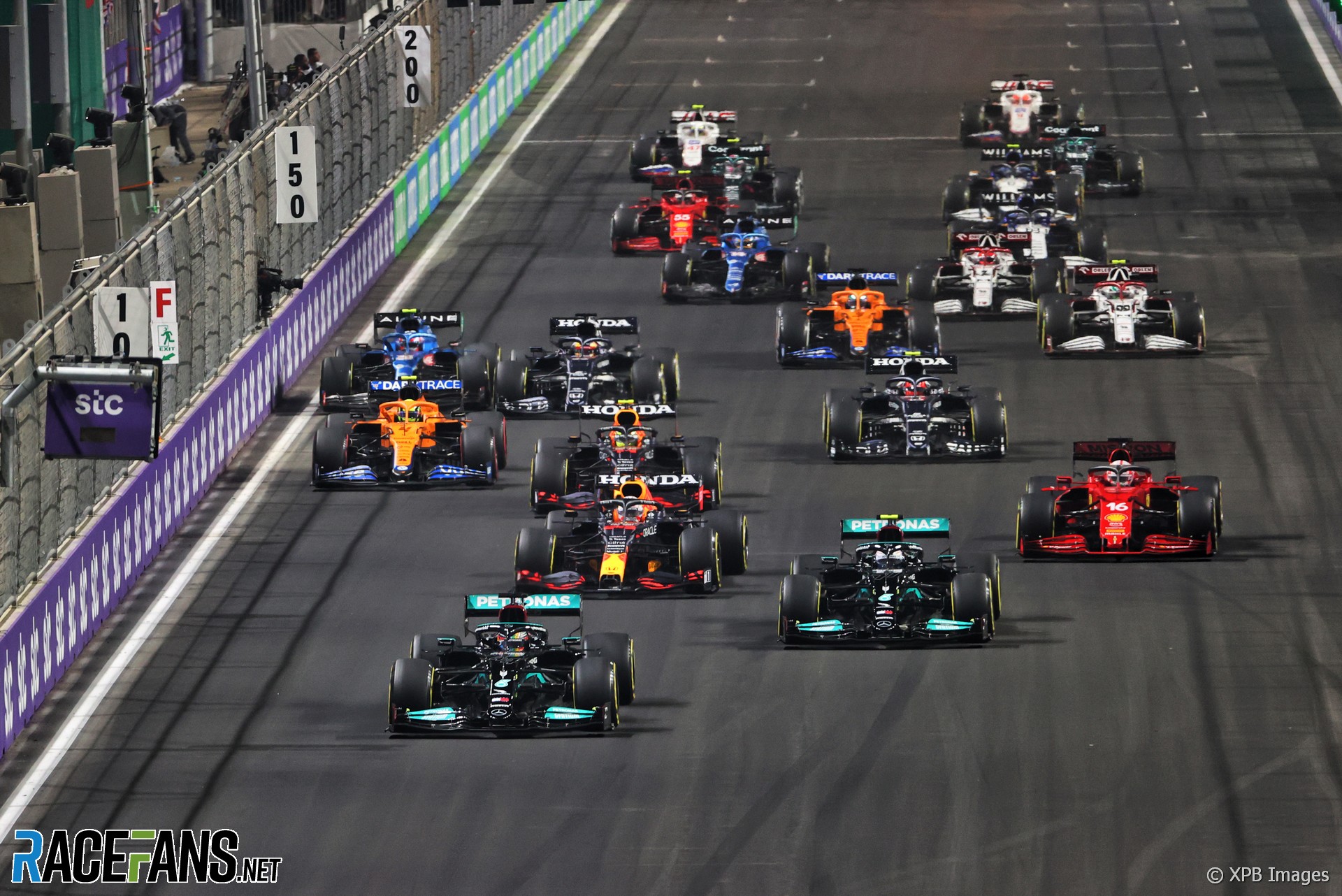 There are some very strong driver pairings across the grid heading into the 2022 F1 season, with only Mercedes fielding a new driver for this new year out of the top five teams of last year’s constructors’ championship.

But which of the ten teams on the grid has the best pair of drivers in their cars? Have your say in this weekend’s debate.

There are strong pairings throughout the field – especially at the front – but there were some well-established names who struggled in new surroundings last season and were out-performed by their younger team mates.

With the radical new rules for 2022 meaning that all drivers will be starting fresh with very different cars this season, how drivers fared last season may not be as good an indicator for how they’re likely to get on with the new cars for this year.

The arrival of George Russell into Mercedes brings remarkable intrigue to Mercedes this year and the young British driver may be able to stay closer to Lewis Hamilton than Valtteri Bottas did – but it is very much not guaranteed by any means. If Sergio Perez is able to hit the ground running, he could be far more of a force for Red Bull in 2022 than he was able to be last season, while the same is also true for Daniel Ricciardo and McLaren.

But if we are to look at the team with the most consistently impressive pair of drivers last season, then Charles Leclerc and Carlos Sainz Jnr ranking in fourth and fifth in RaceFans’ driver rankings for 2021 makes them, on average, the best performing team mates on the grid last season.

Which F1 team has the best driver line-up for 2022? Cast your vote below and have your say in the comments.

Which F1 team has the best driver line-up for the 2022 season?