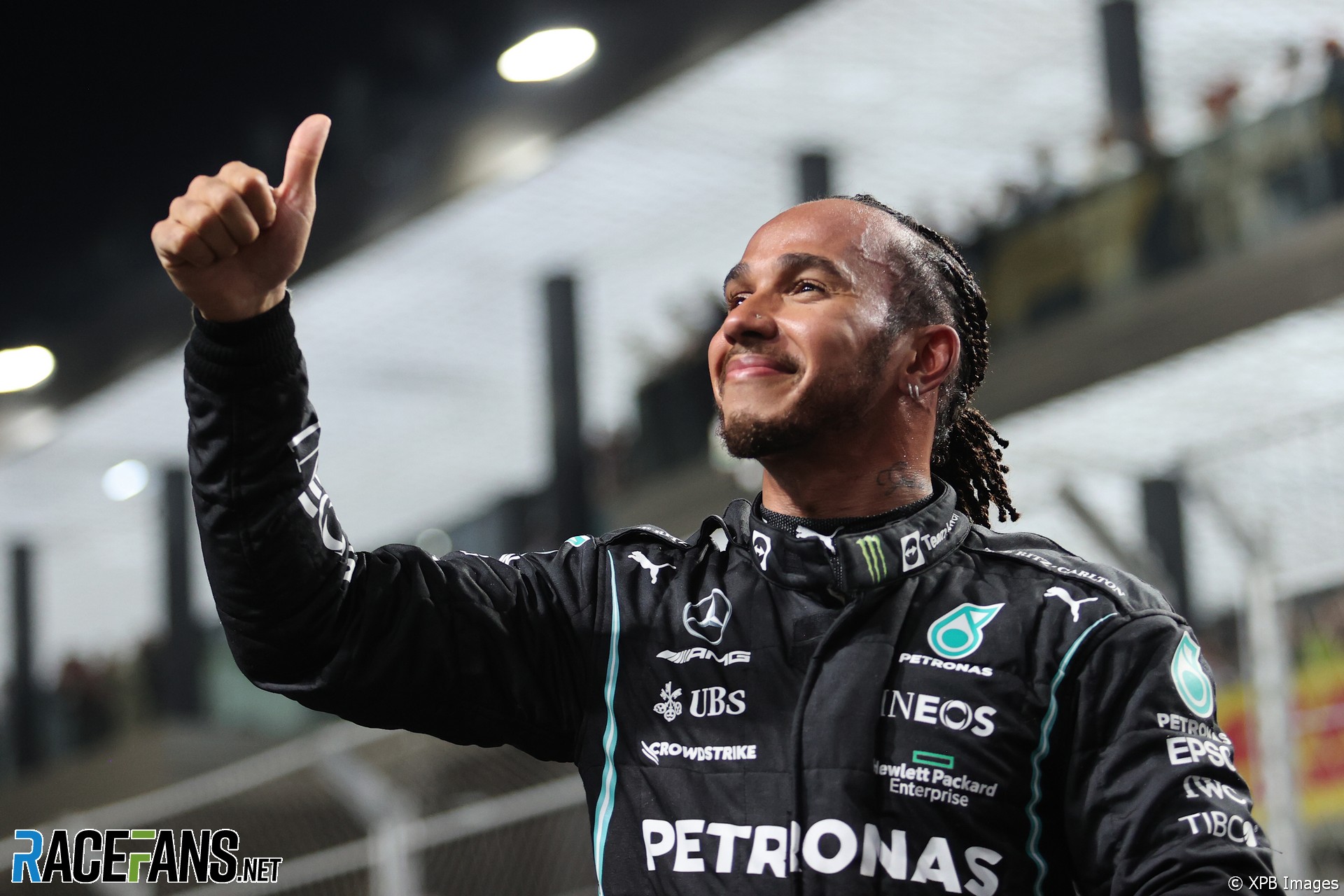 Lewis Hamilton has given his first indication that he will continue to race in Formula 1 this year after breaking his social media silence following the Abu Dhabi Grand Prix.

The seven-time world champion has made no public statement on the late Safety Car restart that saw FIA race director Michael Masi only allowed five lapped cars between him and championship rival Max Verstappen to unlap themselves before the final lap restart of the Abu Dhabi Grand Prix. Verstappen overtook Hamilton on the final lap to win the race and claim the drivers’ title.

Hamilton congratulated Verstappen in parc ferme after the race and spoke in front of TV cameras immediately after the chequered flag, but then left the circuit and has not made any public comment on the events at the end of the race since then. The Mercedes driver also unfollowed every account he had previously followed on Instagram and had not made a single post on social media since the incident.

On Saturday evening, Hamilton broke his social media silence on Instagram, posting a photograph of him at the Grand Canyon in the United States with the caption “I’ve been gone. Now I’m back!”.

It is the strongest indication yet that the seven-time world champion does intend to return to the grid to compete in this year’s world championship. While under contract with Mercedes for 2022, team principal Toto Wolff had admitted in the aftermath of the Abu Dhabi Grand Prix that he was uncertain whether Hamilton would choose to continue racing following the controversial finish.

“I would very much hope that Lewis continues racing, because he is the greatest driver of all time,” Wolff said. “But we have to overcome the pain that was caused upon him on Sunday, also because he is a man with clear values, it’s difficult to understand that happened.”

The FIA is currently conducting an investigation into the events surrounding the end of the Abu Dhabi Grand Prix. Led by the FIA secretary general for sport, Peter Bayer, the inquest’s findings will be presented to the FIA’s F1 Commmission later this month, before the FIA will announce its “final decisions” at the meeting of the World Motor Sport Council on 18th March, the Friday before the season-opening Bahrain Grand Prix.