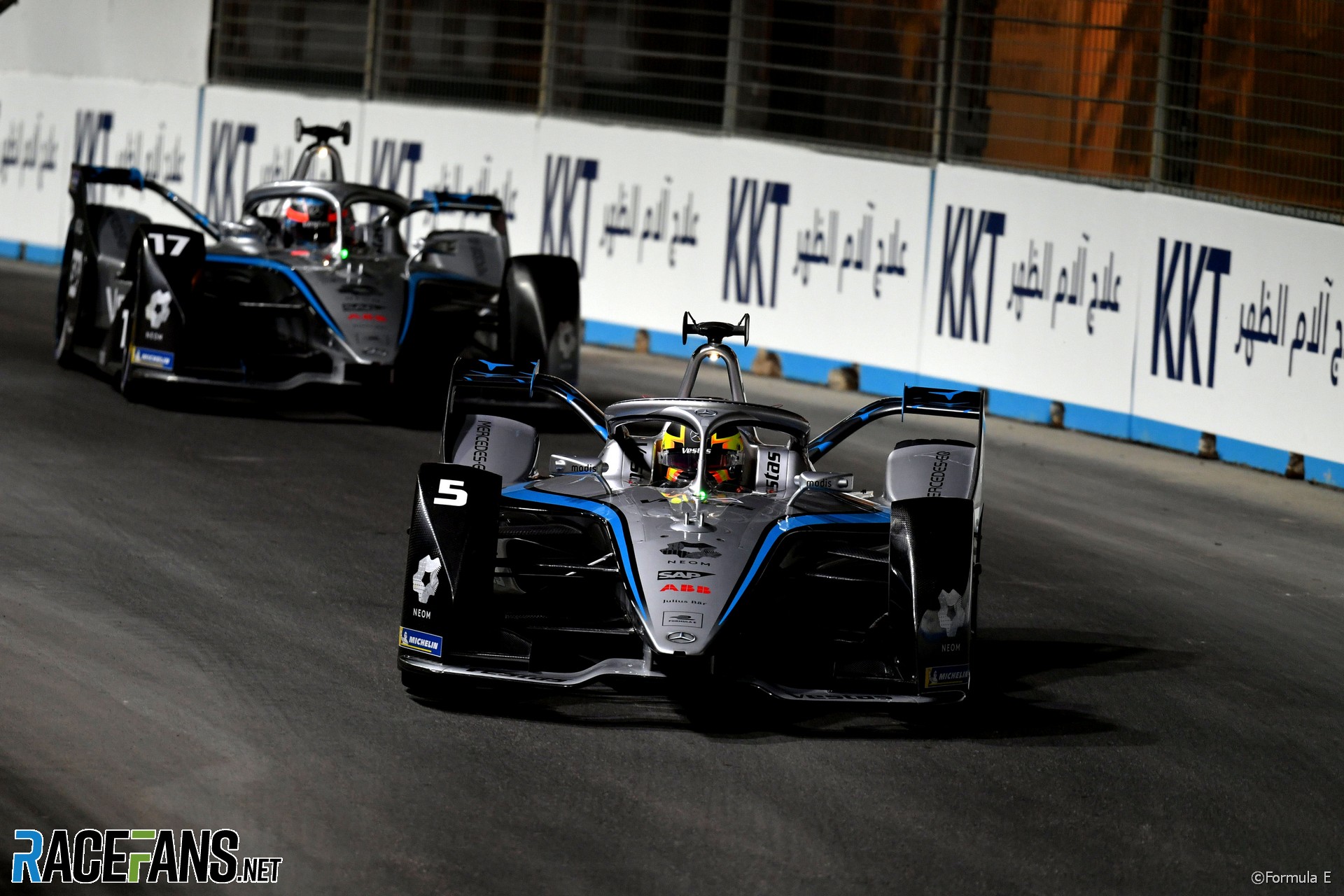 Mercedes’ Stoffel Vandoorne admitted there was “only myself to blame” after he lost the lead by missing an attack mode activation loop during the first Diriyah E-Prix.

Vandoorne had led from pole ahead of team mate Nyck de Vries until the Safety Car restart, when he attempted to take his second mandatory attack mode of the race. Despite leaving the racing line to drive through the activation zone, Vandoorne was not granted his attack mode power increase, meaning he had to attempt it again the following lap.

This allowed De Vries to inherit the lead of the race and take his own second attack mode immediately following Vandoorne’s attempt, allowing him to stay in front and ultimately win the opening race.

Vandoorne admitted it had been his error for why he failed to activate attack mode and that he realised he’d missed the activation point straight away.

“I realised it immediately, to be honest,” Vandoorne explained. “I missed the third attack mode loop on my second activation, which meant that I’d just lost 1.5 to two seconds for nothing, basically. There’s only myself to blame for that.

“I think, before that, the race was going well. I was leading the pack. I think our pace was looking quite strong and it was about hitting the targets and making sure we were doing everything right with the procedures. But yeah, I basically handed the position to Nyck. And from there, we stayed together and managed to finish one-two.

“I’m a little bit disappointed, obviously, with the way I had with the attack mode and not taking the loop correctly, but that’s the way it is. It’s still a very positive day in general for myself, for the team. Pole position and a second place where we can be satisfied with the start of our season.”

Despite having taken pole position – the first driver to do so under Formula E’s new qualifying duels system – Vandoorne believes he will not be able to rely on his pace from today putting him in another position to win in the second race tomorrow.

“It’s quite weird, actually, because you know that tomorrow we have the same opportunity to do it, but at the same time, I think it’s going to be closer than ever,” he said.

“I think everyone’s now got a day of running behind them. Everyone’s dialed their cars in and I think it’s even going to be harder to get in through thouse qualifying duels to start with, because everyone will be much more on the limit. The track will not be so bad, as it was today probably and everyone may just be at the limit, much more. So I think that it’s actually going to be harder tomorrow.”