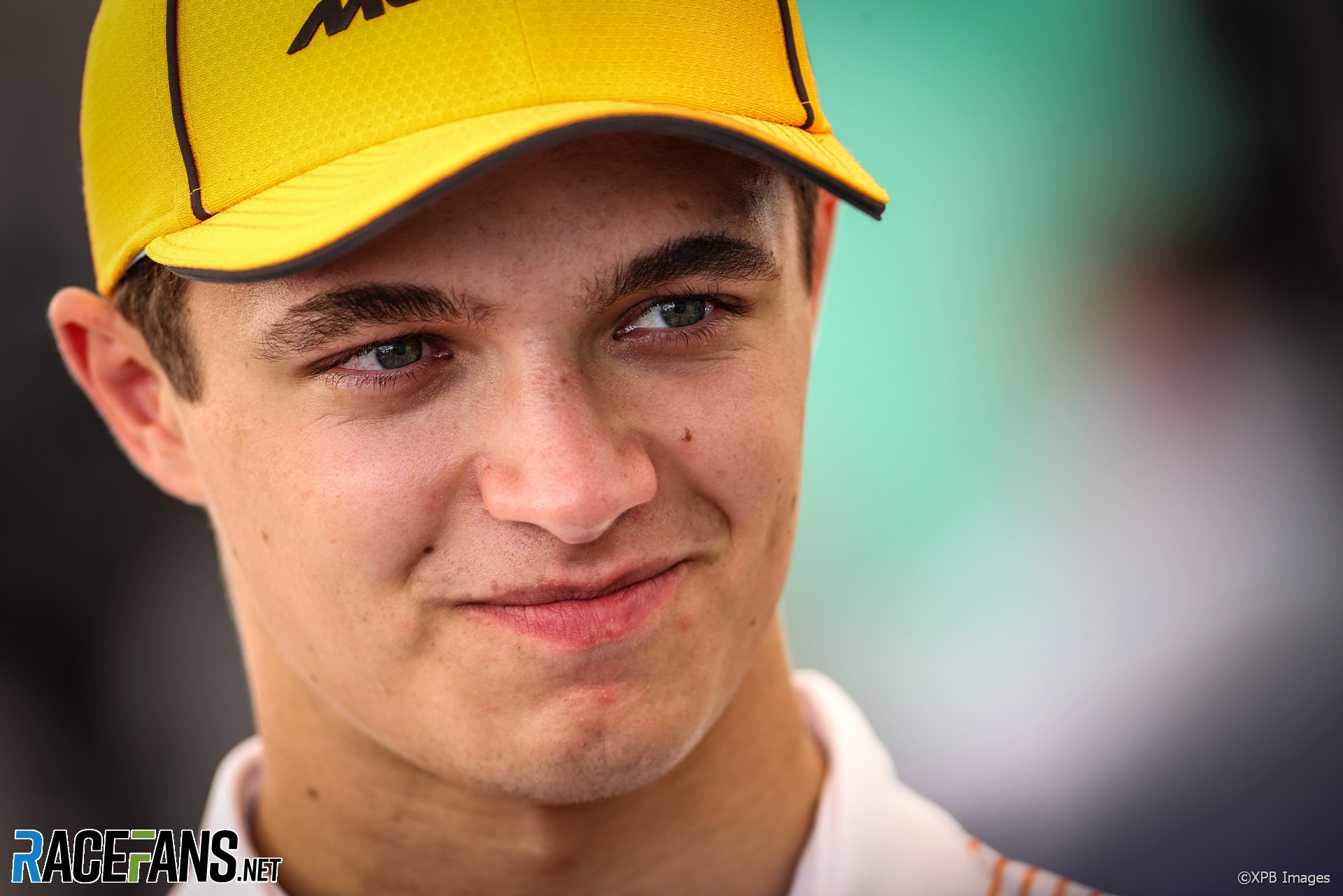 Lando Norris asserted himself as McLaren’s top points-scorer alongside a new, highly-rated, race-winning team mate in 2021.

So impressive was his start to the season that even past the halfway point, 12 races in, he remained third in the championship, having out-scored a Mercedes driver (Valtteri Bottas) and one of the Red Bull pair (Sergio Perez). But it was a season of two halves for Norris, and by this point things had already begun to go downhill: Having racked up 113 points in just 10 races, the remaining 12 yielded just 47. It wouldn’t be fair, however, to argue that this slump in his points-scoring accurately reflected any decline in his performance.

Over the opening three races Norris was the first driver not in a Mercedes or Red Bull to take the chequered flag every time. He did it at round five as well, and over the year as a whole finished ‘best of the rest’ more times than any other driver.

He began with fourth in Bahrain and followed it up with a superb podium finish at a damp Imola. There, had he not been pinged for track limits in qualifying he would have started at least third, and as it was he worked is way up to second, passing Charles Leclerc on the way, but had to succumb to the inevitable when Lewis Hamilton appeared in his mirrors. In Portugal Norris scrapped with Perez, and passed Ocon, on his way to fifth.

In Spain a slight error in Q3 – not his only one of the year – led to him finishing behind Daniel Ricciardo for the first time, and only occasion in the first half of the season. But in Monaco he blew his new team mate away, qualifying fifth and rising to third in the race when misfortune struck Leclerc and Bottas.

Norris collected a stiff penalty in Azerbaijan when he reacted to red flags but decided not to pull into the pits as he approached them at maximum speed. Despite the resulting grid penalty he came away with fifth place. He repeated that result at Paul Ricard, running a long first stint to move up the order, and in the first of two races in Austria after qualifying a strong third.

He did even better in the second race at the Red Bull Ring, missing pole position by less than five-hundredths of a second, and making trouble for the Mercedes driver in the race. Despite collecting a questionable penalty for his defensive move against Perez, Norris came home ahead of Hamilton, whose race was compromised by damage.

Norris briefly led Bottas at Silverstone as well and was still able to take fourth place after the Mercedes driver passed him. But next time out, in Hungary, Bottas halted Norris’ points-scoring run after being passed by the McLaren off the line, losing control of his car under braking, and thumping into his blameless rival.

In Norris’ hands, the orange McLaren looked as quick as anything else in a drenched qualifying session at Spa. But as the rain worsened in Q3 he was caught out at Raidillon and crashed heavily. That meant he started outside the points and finished there after the farcical, one-lap excuse for a race.

McLaren weren’t competitive at Zandvoort and after failing to reach Q3 Norris had to run a long, 42-lap opening stint, and be waved past Ricciardo, to collect a single point for 10th. Monza was a big pay day for both drivers, however. Norris qualified ahead but Ricciardo got by at the start of sprint qualifying and that ultimately decided who won: Norris obeyed when asked to follow his team mate home to McLaren’s first one-two since Canada 2010.

Norris missed his chance to make it two wins in a row for McLaren in Sochi after a terrific performance which began with pole position in a rain-hit qualifying session. After retaking the lead from a quick-starting Carlos Sainz Jnr, Norris was keeping Hamilton at arm’s length when rain began to fall, and he decided against pitting for intermediates – which cost him heavily.

After a painful crawl around a soaked track to discard his slicks, Norris came in seventh. Surprisingly, he finished no higher over the remaining races. This was due in part to Ferrari introducing an engine upgrade from the Russian round which moved them ahead of McLaren in terms of sheer performance. In Austin another qualifying slip-up left him behind Ricciardo, who led him home, but both struggled to contain the Ferraris.

However poor luck cost Norris much more dearly over the remaining rounds. An engine penalty left him 18th on the grid in Mexico, though he climbed to 10th. After a great run in the Sao Paulo sprint race he clipped Sainz in the grand prix, incurring a puncture, and was 10th again.

Another strong qualifying performance in Qatar yielded fourth on the grid and his one-stop race was going well until he suffered another puncture and fell to ninth. Then in Saudi Arabia his race was ruined by an early red flag, which came after he’d already pitted, handing free positions to several cars ahead of him.

His luckless end to the season continued in Abu Dhabi, where a superb late qualifying lap put him third on the grid. Although Sainz got by at the start Norris was chasing him when he suffered a slow puncture which forced him into the pits, leaving him seventh at the flag.

Despite only failing to score points in Hungary and Belgium, Norris’ late slump saw him end the year fifth overall. It was less than he deserved after a season in which he took four well-earned podium finishes, produced a string of excellent qualifying performances and comfortably out-classed his team mate.

What’s your verdict on Lando Norris’s 2021 season? Which drivers do you feel he performed better or worse than? Have your say in the comments. Add your views on the other drivers in the comments.