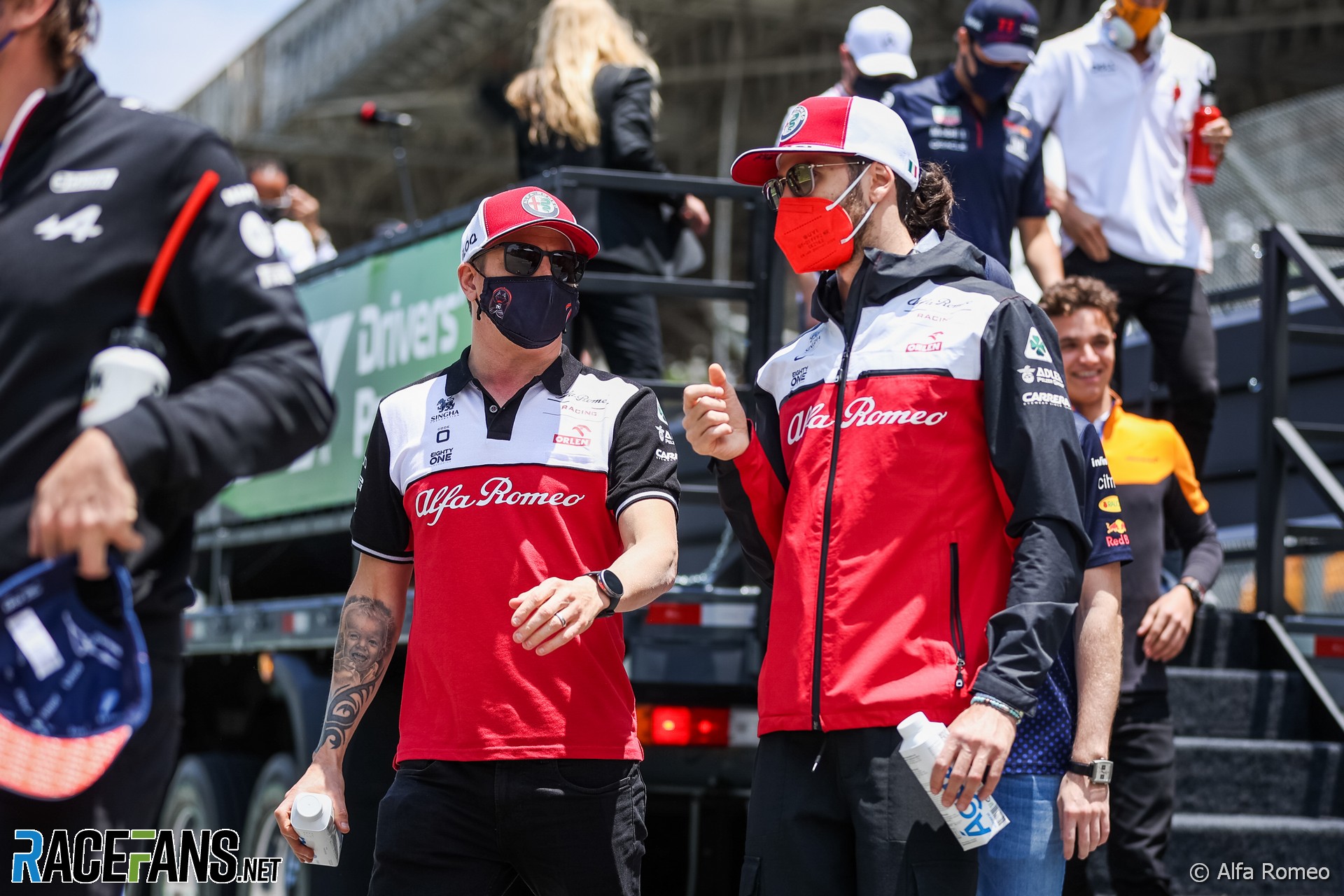 Kimi Raikkonen says his Alfa Romeo team mate Antonio Giovinazzi deserves a chance to return to the sport after he is replaced at the end of the season.

The pair are leaving the team at the end of the year. While Raikkonen heads into retirement, Giovinazzi learned on the Friday of the Brazilian Grand Prix he will be replaced by Guanyu Zhou.

Raikkonen said the news was “a shame” for his team mate. “He’s a very nice guy, we known each other for quite a while, since the Ferrari days.”

“Hopefully one day has another chance in Formula 1.” Raikkonen added. “There’s not that many cars and for sure there’s more people that tries to get in F1, but let’s hope so.”

Giovinazzi admitted learning of his departure was “not an easy day for me”. However he said he will leave “happy with myself”.

“During these last three years I improved myself all the time,” he explained. “For sure some things could be better, some things [were] good, but I’m happy with myself, so nothing that I can do more.

“Every time that [I was asked] about my future, I always say that was not in my hands and it was like this. So in the end, this is the decision, and now I’m focussed for the next step, that will be Formula E next year and I’m really excited about this.”

Giovinazzi will drive for Dragon Penske in the all-electric championship but said he would harbour fond memories of his time in F1 despite “a lot of ups and downs”.

He said bounced back from a crash at Spa in 2019 to score points in his home race was one of his most special memories of his three full seasons with the team. “I had a lot of good races, a lot of bad races, but one of my favourites was in Monza in 2019,” he said.

“It was my first home grand prix in Formula 1 and I was coming from one of the most difficult race of my career in Spa. So it was not an easy one there but finishing P9 in front of my family, friends, was something special. So that one was my special race.”

Although he had no factory team backing during his junior career, when he challenged Pierre Gasly for the 2016 GP2 title, Giovinazzi was picked up by Ferrari following his near-miss at the championship and said that he hoped to remain with the team in some capacity.

“I’m still a Ferrari driver now and now we are discussed discussing about next year,” he explained. “It’s one of my targets, to stay here and see what what will happen for 2023. It’s still in discussion, but we will try our best.”

Giovinazzi said he had “no news” yet about a possible link to Ferrari’s WEC Hypercar programme which does not start until 2023. “So far what I know is that I will do Formula E and it’s a great championship, I will enjoy that,” he said. “Plus we are trying to stay here as well like third driver in Ferrari.

“And see what will happen in 2023. [WEC] is one championship that I would like to join, but there it’s too early to know and to decide.”