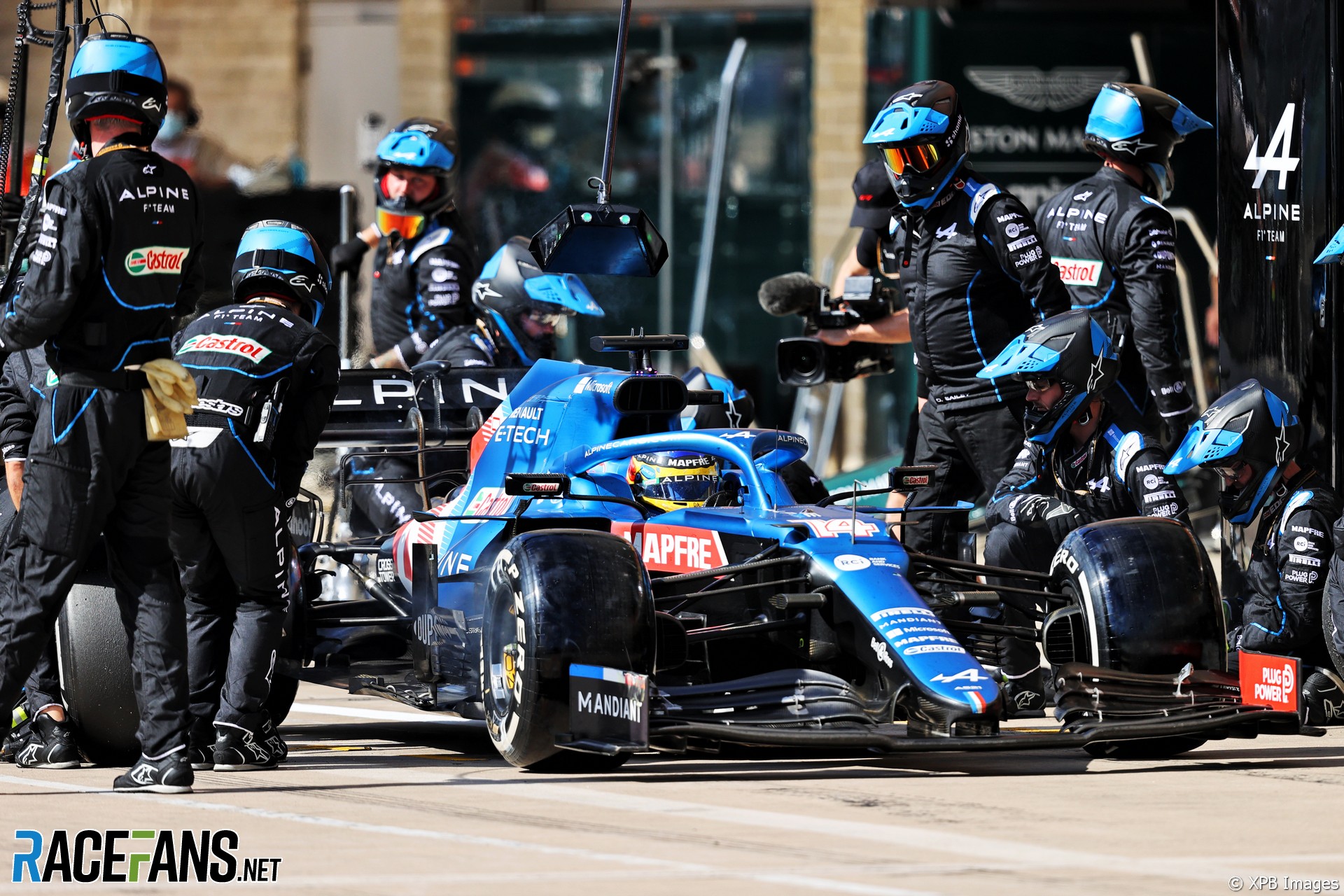 In the round-up: Fernando Alonso says Alpine improved their performance during the United States Grand Prix weekend, but not to the level they reached in previous rounds.

Alonso changed his power unit, incurring a penalty, after Alpine realised they weren’t in good shape at Circuit of the Americas last weekend. He said their race pace was more encouraging, but the team need to “find some answers” over their lack of performance in the last round.

“In the race the car was much better. I felt more competitive, definitely I was faster than Alfa Romeo, Aston Martin, even Tsunoda, so teams that in free practice we were not as quick as we were today. So it was a nice step forward in the race I felt. But still not as good as Sochi or Turkey.

“So we need to keep analysing, probably the bumps. The suspension is very specific what you run here in Austin, because the characteristics of the circuit is something that we didn’t get it right and we will try to analyse and be in our top form in Mexico.”

Jack Aitken will return to drive for Williams in the first practice session for the Abu Dhabi Grand Prix. The four-time Formula 2 race winner, who drove for the team in last year’s Sakhir Grand Prix, suffered a broken collarbone and a fractured vertebra in a crash during the 24 Hours of Spa in July.

She came, she saw, she conquered – two seasons in a row! So excited to present this custom @WWE title to @JamieChadwick, @WSeriesRacing 2021 Champion! pic.twitter.com/ilGmLVCF2k

Taylor Kiel: "In an ideal scenario, we’d run as many races as we can do (with three cars), but again, it’s got to be the right fit from a personnel and a driver point of view. It’s not financially motivated, so that gives us a lot of flexibility in decision-making."

Hulkenberg gets first taste of 'steering monster' in test (IndyCar)

"I definitely can confirm that these steering monsters are very physical cars and it took a while in the morning to feel comfortable, but in the afternoon the lap times and the performance started to come in and it was great fun."

Chase Elliot: "'They (F1) have a super interesting dynamic with how their TV broadcasts work. They talk about the right things on their TV broadcasts and the racing has been really good. Whatever started that process of those right decisions and maybe luck of the draw of having some great racing this year with some extra eyeballs kind of at the same time, it’s the right sequence of events for them and they’ve got a good thing going."

Martin Brundle’s brush with Megan Thee Stallion’s entourage on the grid prompted Jztemple to ask whether sports broadcasters are wasting their time trying to interview celebrities:

From a personal view, I’d much rather Martin interview actual race participants, team members and others from the F1 community.