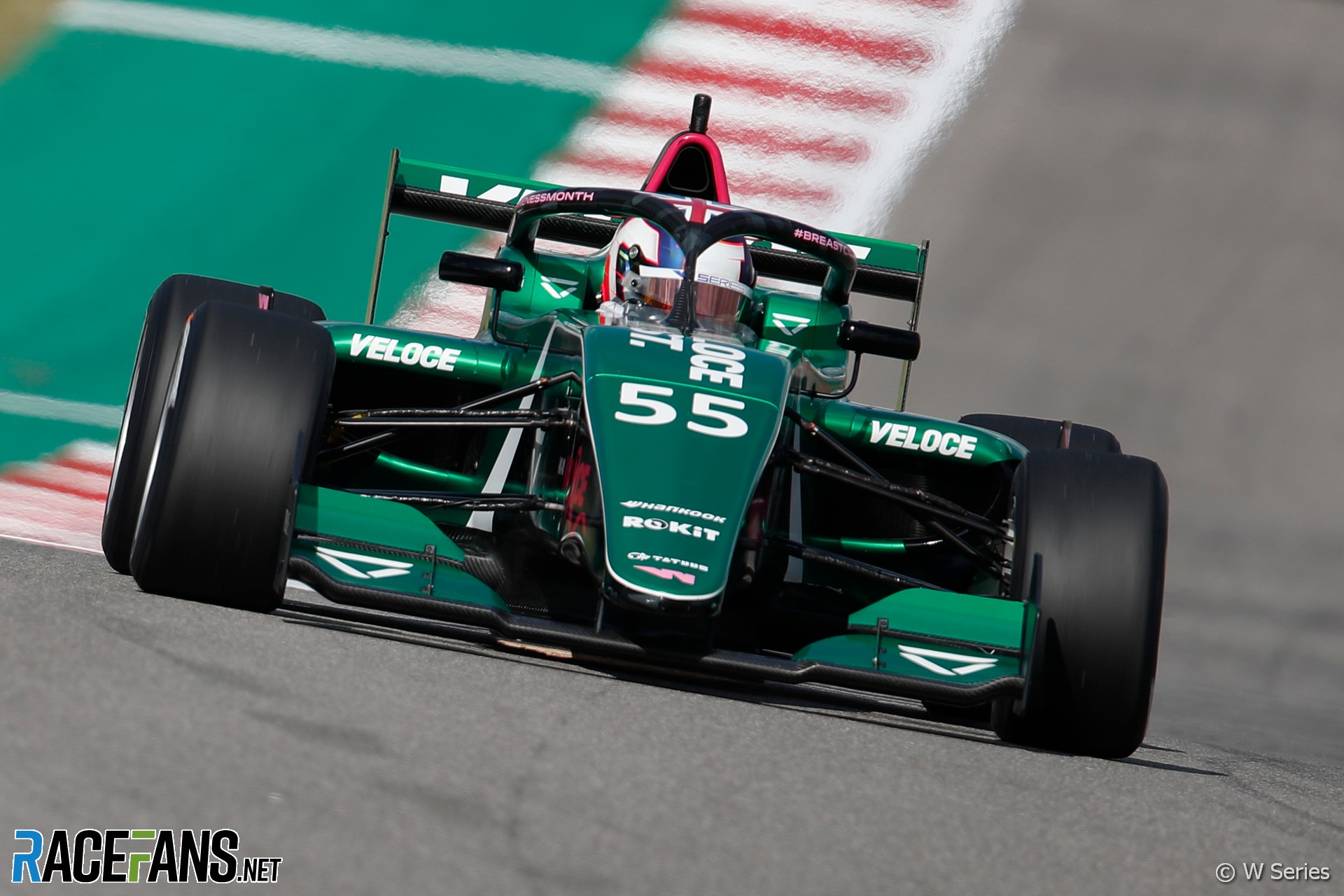 Jamie Chadwick won the first W Series race of the weekend and took the lead in the title battle with Alice Powell which will be decided on Sunday.

Chadwick took the lead off the line from pole-winner Abbi Pulling. Moore and Kimilainen, who lined up third and fourth, also passed the pole-winner.

Further back a dramatic rise up the order from Belen Garcia over the opening five minutes saw her snatch second place having started sixth. But she didn’t keep the position for long, soon slipping back down the order as she was passed by Kimilainen and then Pulling.

Moore had her own problems, also seeming to fade through the race, and was passed by Powell, who took Garcia the next time around. Powell was soon up to fourth, having moved up six places in three laps.

Abbie Eaton was forced to pull over to a marshal post with a mechanical failure with there were 19 minutes remaining. That brought out yellow flags in sector three which were cleared within three laps.

Following a somewhat processional middle of the race, the action intensified over the final laps. Jessica Hawkins was able pass Belen Garcia with seven minutes to go, leaving Garcia – who seemed to be struggling for grip as her tyres aged – victim to another pass from Marta Garcia. However, as the Puma driver made the pass, she clipped the rear of Hawkins’ car and was sent into a spin.

In the final two minutes of the race, Pulling was shown the black and white flag as a warning for track limits violations, having run wide too many times as she tried to hunt down Kimilainen. Powell, still aiming for the podium, was in her own pursuit of her driver protégée Pulling, whose disrespect of track limits continued to attract the attention of the stewards.

Powell passed Pulling on the final lap, securing a podium finish from 10th and keeping her title hopes alive. While Chadwick’s win means she gains the upper hand in the title fight, Kimilainen’s second place was not enough to keep her in the running.

Chadwick will start on pole for the second race of the weekend tomorrow, Abbi Pulling getting a second chance at a front row start alongside her in the title-decider.