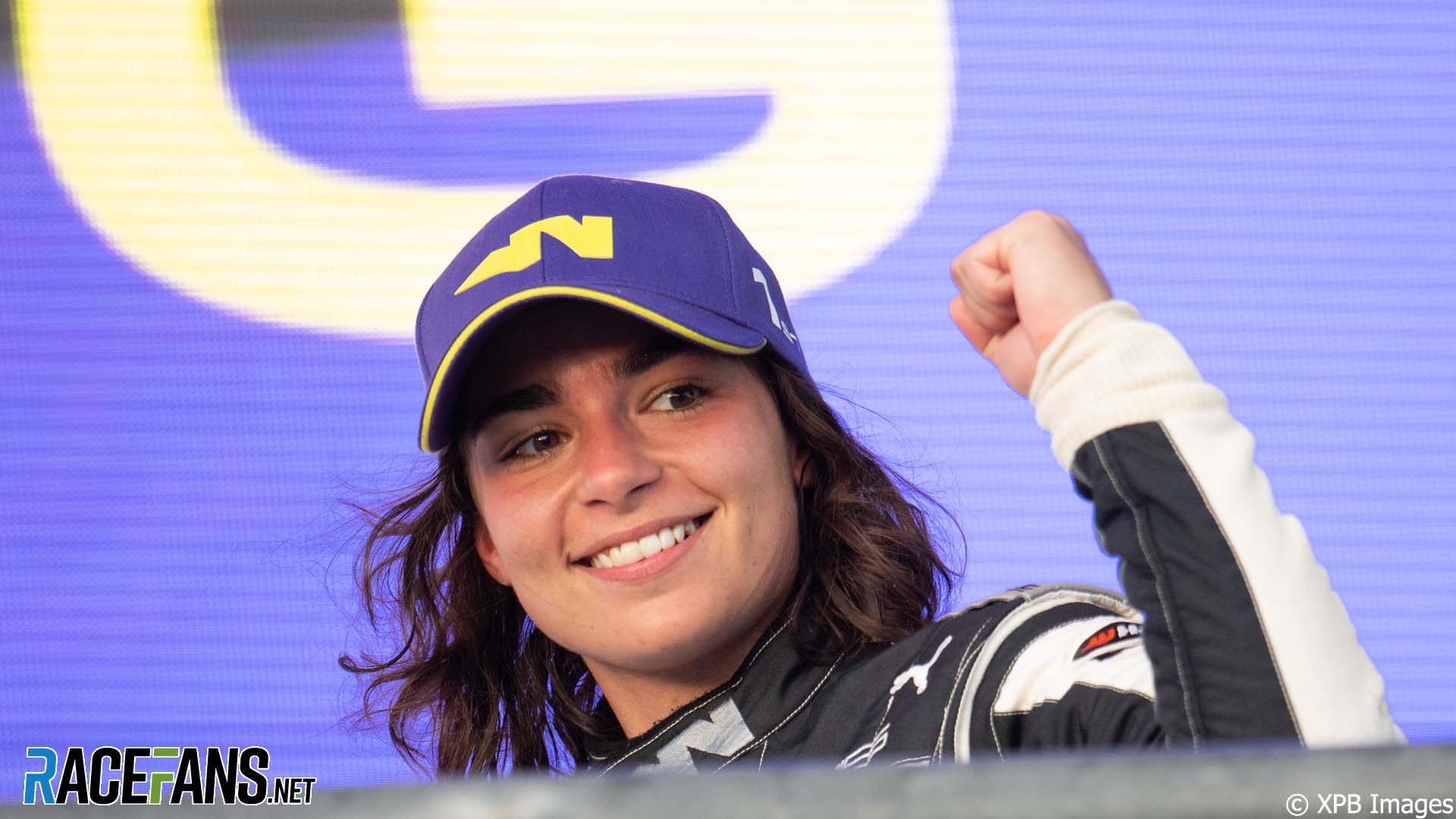 Jamie Chadwick has won the W Series championship for the second time, with a dominant win in the final race at the Circuit of the Americas.

She had taken pole for the second race, which was determined by drivers’ second-fastest qualifying laps. Yesterday’s pole winner Abbi Pulling lined up in second, Sarah Moore starting in third and Beitske Visser promoted to a fourth-place start by Marta Garcia’s absence due to illness.

Chadwick started the final race of the season with a 10-point advantage over title rival Alice Powell, who lined up eighth on the grid.

A superb start put Chadwick into an immediate lead, well ahead of other cars. Pulling held on to second, despite a challenge from Visser. But Sarah Moore and then Visser lost out to Emma Kimilainen, who moved from sixth to third by halfway around the first lap.

Moore nearly passed Beitske Visser on lap five but couldn’t quite get the move done. She made it stick with a late braking pass on lap six, to snatch fourth place.

With 20 minutes race time remaining, Alice Powell was being frustrated in her move up the order by being unable to get past. By ten minutes to go, Powell’s frustration was seeping through – Garcia had been warned repeatedly for track limits and Powell attempted a pass into turn one but couldn’t quite slow the car enough.

Fabienne Wohlwend came into the pits in the last 10 minutes, having clattering the exit kerb at turn one, which lifted her car into the air.

With six minutes to go, Sabré Cook and Jessica Hawkins were both running in the points, in eighth and ninth. However, the two collided into turn 12 and slipped to the back of the order

Powell was finally able to overtake Garcia with four minutes remaining and a gap of more than five and a half seconds to fifth-place Visser. She cut that lead by more than a second by the chequered flag but was unable to get closer.

Chadwick led the field on the final lap and finished with a five-second lead over Pulling, who secured her first podium in second place, as well as a top-eight championship finish to qualify for next year’s season, despite competing in only half the rounds. Kimilainen came across the line third.