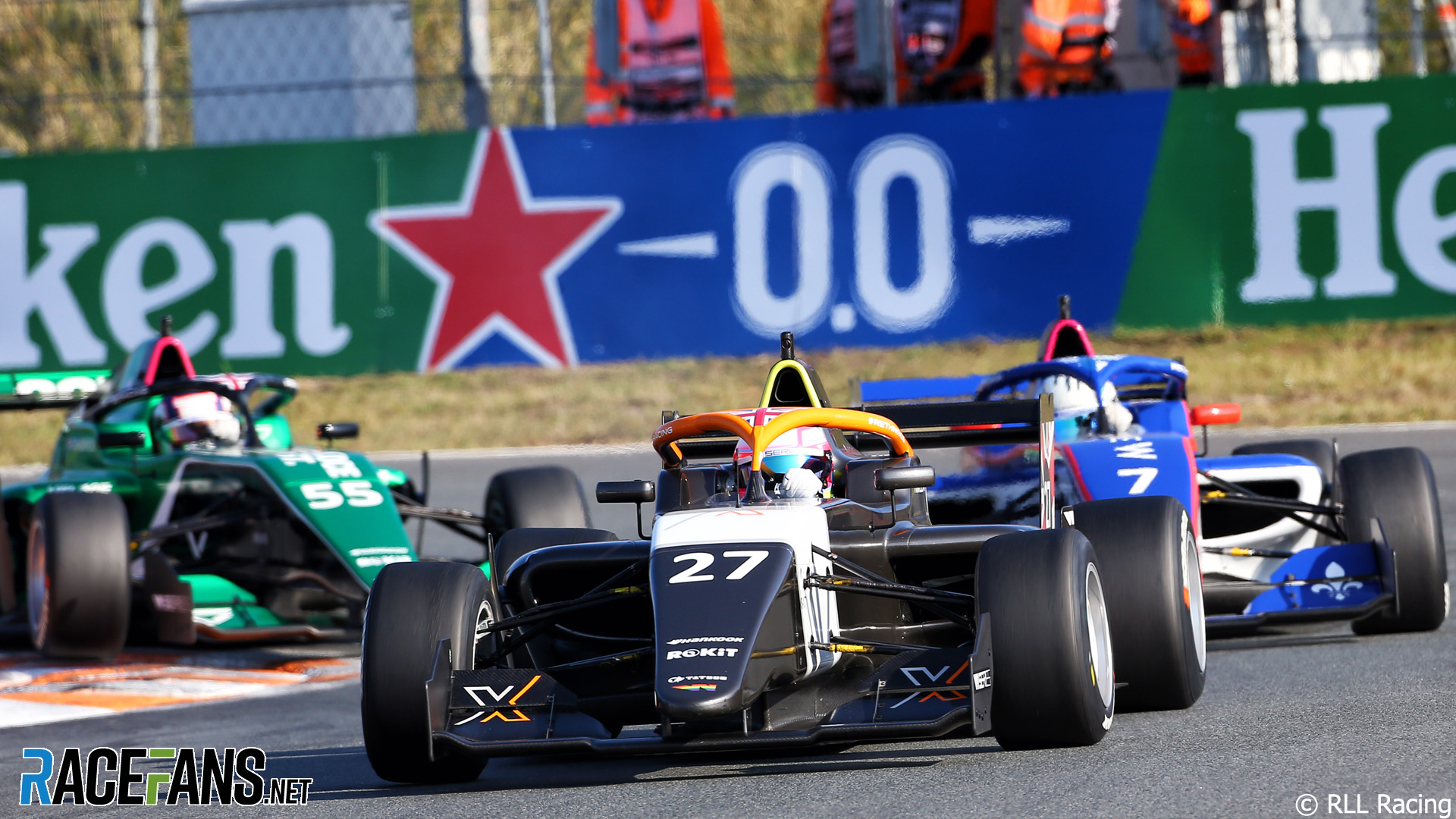 In the round-up: The W Series championship will be decided over two final races supporting the United States Grand Prix this weekend.

Powell and Chadwick go into final races on equal points

Alice Powell and Jamie Chadwick take to the track for W Series’ final races having each scored 109 points over the first six races in the championship’s second season. Powell has the lead on countback, with three wins to Chadwick’s two, but the title is almost certain to remain undecided until the season’s final race.

“I’ve known Jamie [Chadwick] for a long time,” said Powell, about her title rival. “I knew her when she was in Ginetta Juniors, and we played hockey together when we were younger because her family home is not far from mine. We get on well and have respect for each other. I know how talented and fast Jamie is and I’m looking forward to a good fight at COTA.”

Powell’s racing career had ended in 2015 and who was working as a plumber’s mate, prior to qualifying for the 2019 W Series season. She said that she believed the championship had reignited her opportunities in motorsport. “Whatever happens, my journey won’t end at W Series. W Series exists to create opportunities for talented female racing drivers and it’s done that for me.

“I’d like to think that winning the title would propel me into a good career in motorsport which, after running out of funding a few years ago, I didn’t think I would have. I owe W Series a lot and to become the champion, on a huge weekend when we will support F1’s United States Grand Prix, would be very special.”

Bond-Muir: instability will last into 2022

Ahead of the W Series’ finale, which was changed from being across the US and Mexican grand prix weekends to a double-header event at COTA, the championship’s CEO told RaceFans that she expected difficulties with calendars and Covid protocols to last into next year.

“I think we live not having certainty in the way that we would have done historically,” said Bond-Muir. “I don’t know the way that you deal with it but actually, almost, you get used to the challenges and I stop stressing about it because I go ‘well, all we can do is our best and it will be what it will be.’

“So, for example, if our cars for some reason couldn’t dock where they’re supposed to in time to do the race, you know, what can I do? It’s pointless me worrying now about something. The time is beyond my control. All I can do is control what I can control and then see what happens going forward.”

Bond-Muir said she expected the challenges created by the Covid-19 pandemic to continue. “I do think going into next year, we will still be working under Covid protocols and that’s sad for everyone in motorsport because still there will be a degree of separation between the crowd and us.”

F1 to collaborate with the NBA

Celebrating the NBA’s 75th anniversary season and the US Grand Prix, the sporting series have collaborated to make 30 custom livery concepts, one for each NBA team.

The basketball championship and F1 will further partner with a free throw challenge for F1 drivers. The driver who scores the most times, in 10 attempts, will win $20,000 to be donated to a charity of their choice.

McLaren has announced it will launch the McLaren Racing Collective, a blockchain platform to allow fans to collect digital versions of parts of the MCL35M, with the non-fungible token images coming from McLaren’s own CAD system.

The first components will be free but the platform is intended to trade them. Four components will be made available on October 24th and the first person to ‘complete’ a collection of all 22 will win a VIP experience at an F1 race.

McLaren have immediately followed Pierre Gasly by launching their own NFT offering one day after the AlphaTauri driver revealed his.

NO #AUSTIN
My 2021 🏎 season ⛔
I was denied visa to the USA 🇺🇸, although I have a status of a National Interests Exemption as a professional athlete. #WSeries #USGP pic.twitter.com/mgCu91CDCY

Interview - Christian Horner: ‘You have to defend yourself if you come under attack’ (The Guardian)

"Horner: 'Lewis has had an amazing career and he’s still in fantastic form. He’s still a titan of the sport. The fact that Max is able to go toe-to-toe with him is probably something Lewis hasn’t had throughout his career – certainly through the championship years.'"

Nico Rosberg: 'If you ask me, ‘When did you decide to retire?’ That was the moment…' (Square Mile)

"When I retired, there was about £100m going down the drain... but shit happens."

"Stroll: 'Andretti's a great name. I know the family and I think they'd be a great addition to the sport, if it's true.'"

"DJ Diesel has been added to the entertainment line-up during the Formula 1 US Grand Prix when it returns to Austin on October 22-24. That stage name belongs to Shaquille O'Neal, one of the most legendary players in NBA history."

Ahead of the US Grand Prix, Sumedh points out Ferrari’s strange win-less streak isn’t just a case of on-track weakness, there’s been plenty of potential for Carlos Sainz Jnr and Charles Leclerc.

Honestly, what I really want to see is a Ferrari win. Its been two full years!

McLaren and Renault/Alpine have led just two and one races each so far.
Sumedh