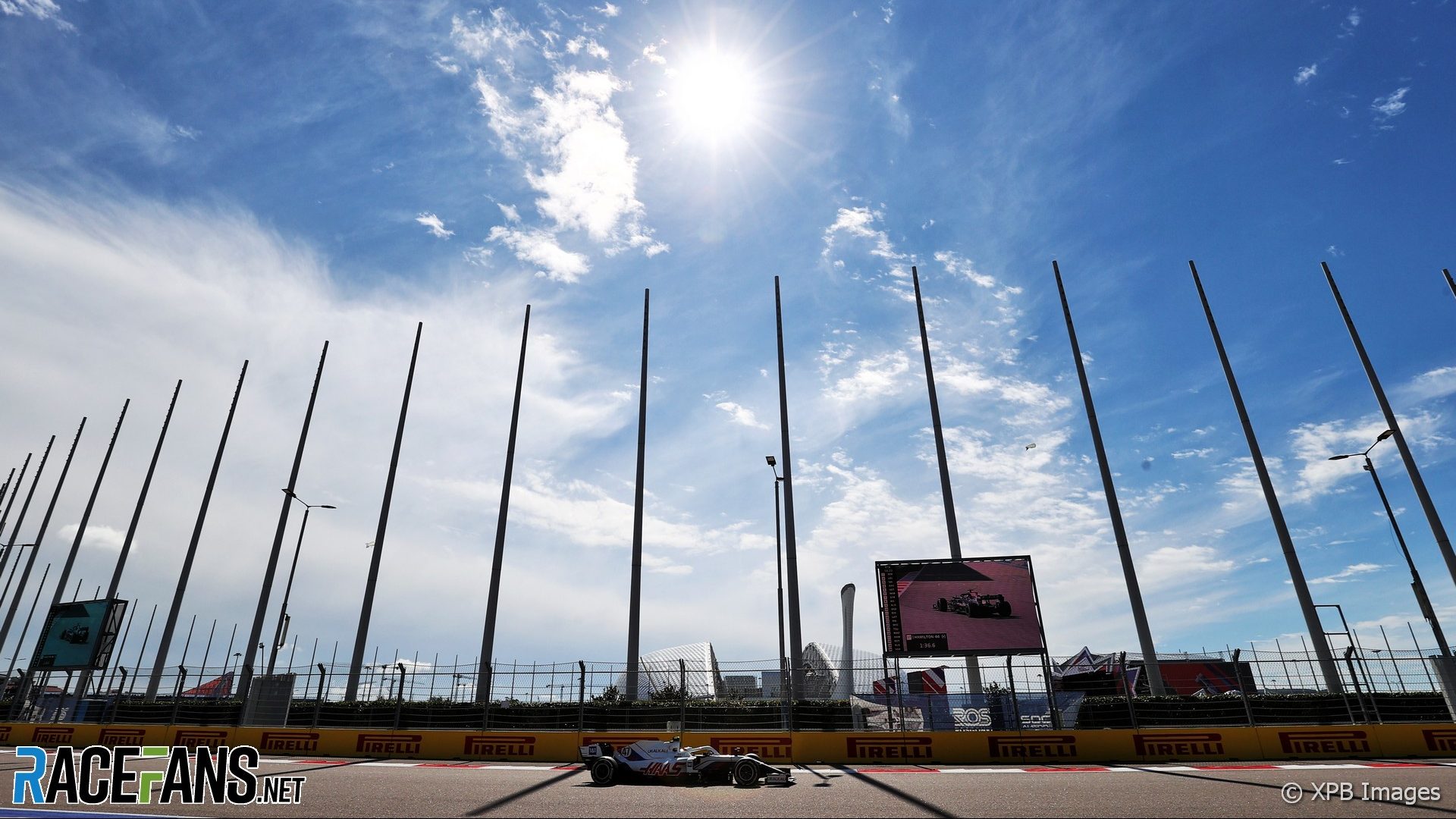 In October 2019 RaceFans revealed the Igora Drive motorsport and leisure complex situated 50 kilometres north of St Petersburg was in the running as a future Russian Grand Prix venue.

Significantly, the circuit also lies around 120km from the Finnish border. That country’s capital Helsinki – home region to more race and rally world champions than any other, at least on a per capita basis – is a mere four-hour car trip away.

At the time I had returned from a combined DTM launch and fact-finding mission, having there posed the Formula 1 question when I realised the circuit could, with extensions to its undulating layout and a few more garages, comply with FIA Grade 1 licence standards. Best of all, these had been planned for but not included at time of construction as the developer did not believe that the grand prix would move from Sochi.

The Sochi circuit was commissioned as part of the 2014 Winter Olympics project, with access roads and facilities repurposed for F1 after the International Olympic Committee left town. The main issue is, though, that F1 visits but once per year while the circuit’s national and track day events don’t warrant a full-on F1 paddock; on the flipside these buildings cannot be converted to office and residential blocks given they do duty for a fortnight each year.

It therefore makes sense for F1 to move to Igora Drive, enabling Sochi to concentrate on local series and commercialise its facilities particularly given the immediate area is earmarked for development as a music and cultural centre. At the time official denials from both sides were the order of the day; then, in June last year, Formula 1 president and CEO Stefano Domenicali revealed the race would move to Igora Drive from 2023.

“I am pleased to confirm following joint intensive work with our Russian partners and detailed assessment of Igora Drive [that] Formula 1 will be racing at that amazing circuit from 2023,” he was quoted by the circuit as saying. “I am impressed by Saint Petersburg and believe the Russian Grand Prix at Igora Drive will be an incredible event.”

The Sochi F1 project was originally controlled by an entity known as Omega, 100% owned by the local government, which of course restricted its activities to the region. Approximately three years ago the ownership changed to a three-way split between the regional government, sponsor VTB bank and the FIA-endorsed Russian Automobile Federation. The resultant company was known as RosGonki, which means “to race” in Russian.

The restructure “untied Sochi’s hands”, said Omega general director Alexey Titov in Sochi in an exclusive interview, in turn making it possible for RosGonki to expand into other areas – including Igora Drive’s F1 project. Thus, the grand prix will be promoted by RosGonki wherever it is staged, making for a seamless transition from Black Sea to Baltic Sea in 2023.

The reason for the change is one of “evolution”, says Titov: “We want Formula 1 to develop within Russia, which is important. Sochi has played a major part in the development of motorsport in Russia, because obviously when you have a week of Formula 1, you have the ability to connect and interact with the best in the sport.

“Having done this for eight years – obviously next year will be the ninth – that’s one of the reasons why it seems like a reasonable choice. It is purely evolution; we need to do the next step.”

Titov acknowledges that Igora Drive requires upgrades – the FIA’s circuit inspector (and F1 race director) Michael Masi inspected the venue and made recommendations, including lengthening the 4.86km track by 20% and adding half a dozen garages. Grandstand capacity, currently 10,000, will need to be increased. Although accommodation in the area is scarce, Titov says sufficient highway and transport links to St Petersburg exist, including a railroad.

“It’s going to be an interesting challenge:” he admits, but says, “Because logistics is key to success in any event it’s not mission impossible,” referencing the challenges faced by Dutch Grand Prix in Zandvoort a month ago as proof.

Although rumours suggest the two Russian venues could alternate, Titov says it is unlikely given the reasons outlined above, while two grands prix per year are, at this stage of F1’s development in the country, highly unlikely. Moto GP in Sochi? Titov admits talks did take place but that the circuit’s layout and close walls mean that major reconstruction would be required, whichever direction it was run in.

“We do tourist rides with motorcycles as part of our commercial programme,” he says, “and everyone’s super excited [about the rides], but we find the circuit too dangerous to race. We’ve seen what can happen when something goes wrong. So GT racing, touring racing, possibly WEC, things like that.”

Thus, after this weekend F1 will travel to Sochi just once more before Russia’s round heads well north to a region many consider a more natural home in Russia given the international standing St Petersburg enjoys. Plus, the city ticks F1’s ‘destination’ box better than most while being less than three hours by air from major European cities – and an hour’s flight from Finland.

Titov will not be drawn on a projected date for the event but does not deny that the third weekend in June would be perfect.

St Petersburg’s website contains some interesting information about that period:

“The White Nights are a curious phenomenon caused by St. Petersburg’s northerly geographic location. It stands at such a high latitude that the sun does not descend below the horizon [far] enough for the sky to grow dark. In fact, night becomes curiously indistinguishable from day, so much so that the authorities never need to turn the city’s streetlights on.”

Could this be F1’s first night race without circuit lighting?