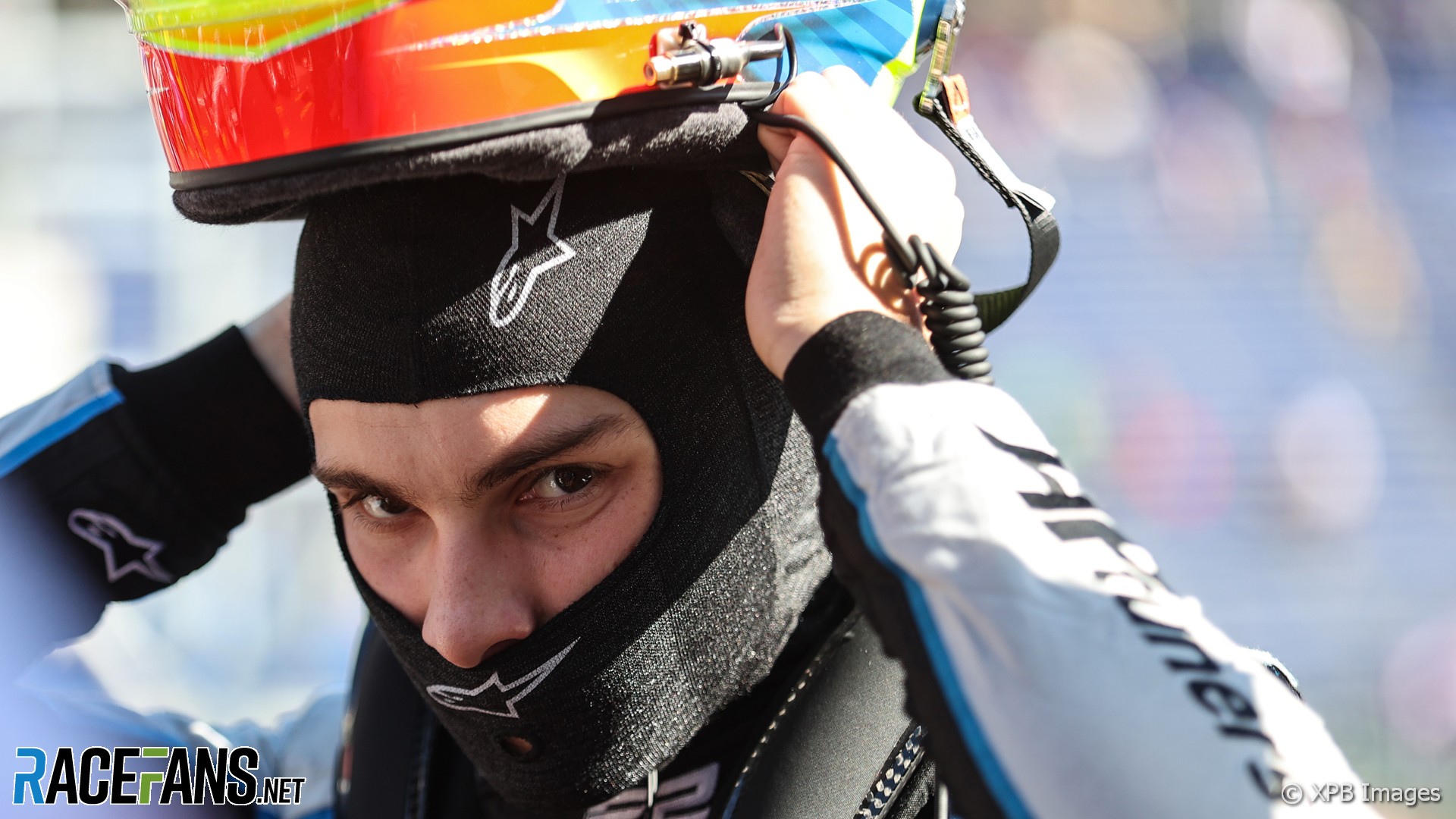 A sport is only as sustainable as its seam of future talent, and in this regard Formula 1 is no different. Indeed, under FIA president Jean Todt and Stefano Domenicali, the president of the single-seater commission before the Italian accepted Formula 1’s top job, the ‘ladder’ has been streamlined and better promoted to theoretically enable youngsters to progressively rise through the ranks from Formula 4 through F3 and F2 to F1.

Both F3 and F2 are on the supporting bills of F1 and globally broadcast to display the best youngsters to team bosses, sponsors and fans. These and other series award superlicence points which enable the governing body and teams to gauge when a driver is ready for promotion to the premier league – the more the superlicence points accrued, the readier the driver should be. That is the theory.

But even the best staircases are of zero use if the top rung of the ladder leads to nowhere but empty sky. A number of hopefuls are fast discovering that if no open seats exist even the richest haul of superlicence points is as useless as slick tyres during a full-on Spa storm. That said, at least Spa dries up at some stage, whereas the dearth of opportunities is unlikely to be alleviated any time soon.

F1 is seemingly on a mission to bar new teams entering, having devised an anti-dilution fee of $200m to be paid by newcomers and split amongst existing teams. Thus, F1 seems set to remain at 20 cockpits through to, at least, 2026. With F1’s ‘new era’ regulations coming into force in 2022, increasingly complex cars and restrictions on testing, teams are sticking to experience rather than giving youth a chance.

Moreover, F2’s regulations decree that the champion is thereafter excluded from the series. Thus, the best talents face the most vicious of circles: no chance to gain the slightest experience and no F1 experience to gain the slightest chance of a seat, leaving no single seater options save IndyCar. Unless you have a multi-billionaire in the family, or your exotic passport fits a particular market.

In the process champions end up unemployed and secondary talents are promoted. There is an argument that it has always been thus; that in F1 bucks have always counted for more than ability. However, when even highly talented academy drivers with backing from the likes of Renault, Ferrari and Red Bull have nowhere to go then the sport has truly raced itself down a dead-end track.

As this is written exactly six months remain to the start of the 2022 season, yet just a single seat remains to be filled. This is at Sauber-run Alfa Romeo, where 41-year-old Kimi Raikkonen, who came into F1 in 2001, is heading for retirement. As many as five drivers, ranging from Alfa Romeo placement Antonio Giovinazzi through Formula E champion Nyck de Vries to Chinese F2 driver Guanyu Zhou, are linked to the drive.

However, Australian Oscar Piastri, whose junior championship record rivals those of Charles Leclerc and George Russell, is not on that list.

“I think I’ve done a good job of putting myself in a pretty prime position for an F1 seat,” the 20-year-old Alpine development driver said in Monza after taking pole position for the weekend’s main F2 event. “I’ve won two championships in a row and [I’m] leading a third. We’re still only halfway through this F2 year so a lot can still change.

“But all the moves in F1 are happening now or have already happened. So it’s a bit disappointing the way it’s kind of played out because I really don’t know what more I could have done.”

Piastri is on course for a remarkable trio of consecutive titles: Having won the Formula Renault Eurocup in 2019 and FIA Formula 3 series last year, he is leading the Formula 2 standings after 15 of 24 races. He is supported by compatriot and nine-time grand prix winner Mark Webber, who admits he would not have made it into F1 had he not been handed a break by Paul Stoddard’s perennially underfunded Minardi team. There were 11 teams – and therefore 22 cars – on the grid at the time.

“Sometimes in Formula 1 timing can be a little bit against you and ultimately he’s been a little bit of a victim of his own success in terms of the speed he’s come through,” believes Webber.

“When you have a [super]licence and there’s no seats it’s obviously not much use,” he said in an exclusive interview. “25% of the grid now are heavily-financed drivers, so that’s the way it is currently. But it probably won’t be any higher than that in the future, hopefully.

“Then we may get a [few] more of the guys that come through with the desire, passion, intensity. The sport has to hunt for the [next] Leclerc, Verstappen, Norris, Russell. That’s what the sport is about, they want to be there, they want to win, and they’re self-motivating individuals. That’s what Oscar is. There are some young [drivers] that I believe are ready for F1 and Oscar is certainly one of them.”

Webber believes another problem is the slow rate of turnover among those who have seats. “In Formula 1 its sometimes harder to get out than to get in,” he suggests. “We see some drivers, they just can’t leave and teams sometimes don’t quite have the balls to go for young talent [so] they recycle some guys that have those 100 grands prix under their belt.”

The former Red Bull driver admits they can’t compete with “the money that’s in the pipeline” of young driver talent. “Oscar doesn’t need to: He’s bringing performance, he’s bringing the stopwatch, he’s bringing one of the key facets. And his level of maturity for his age is extraordinary.

“We know [funding] can turbocharge it if you’ve got eight figures, but that’s something Oscar has never had and never will have so he’s going to have to get there on talent alone.”

The saving grace for Piastri could be F1’s plans to institute compulsory running Friday running for rookies. This would not only provide crucial experience but could (and should) enable youngsters to shine on the same day in the same kit on the same track as regular drivers.

“That’s an absolute no-brainer for Alpine,” says Webber. “If [Oscar] wins the championship he’s unemployed in junior racing, he can’t race [in F2] of course but he’ll have a lot of superlicence points. So that won’t be a problem.”

That may be so but an F2 champion, whoever he may be once all points are tallied, surely deserves more than regulatory Friday running. If F1 hopes to have a sustainable future it has an inherent responsibility to deliver real opportunities for talents such as Piastri.

British prime minister Benjamin Disraeli once said, “The youth of a nation are the trustees of posterity.” That holds true for F1, too.

75 comments on “‘A quarter of the grid is heavily-financed’: Why F1 is snubbing junior star Piastri”