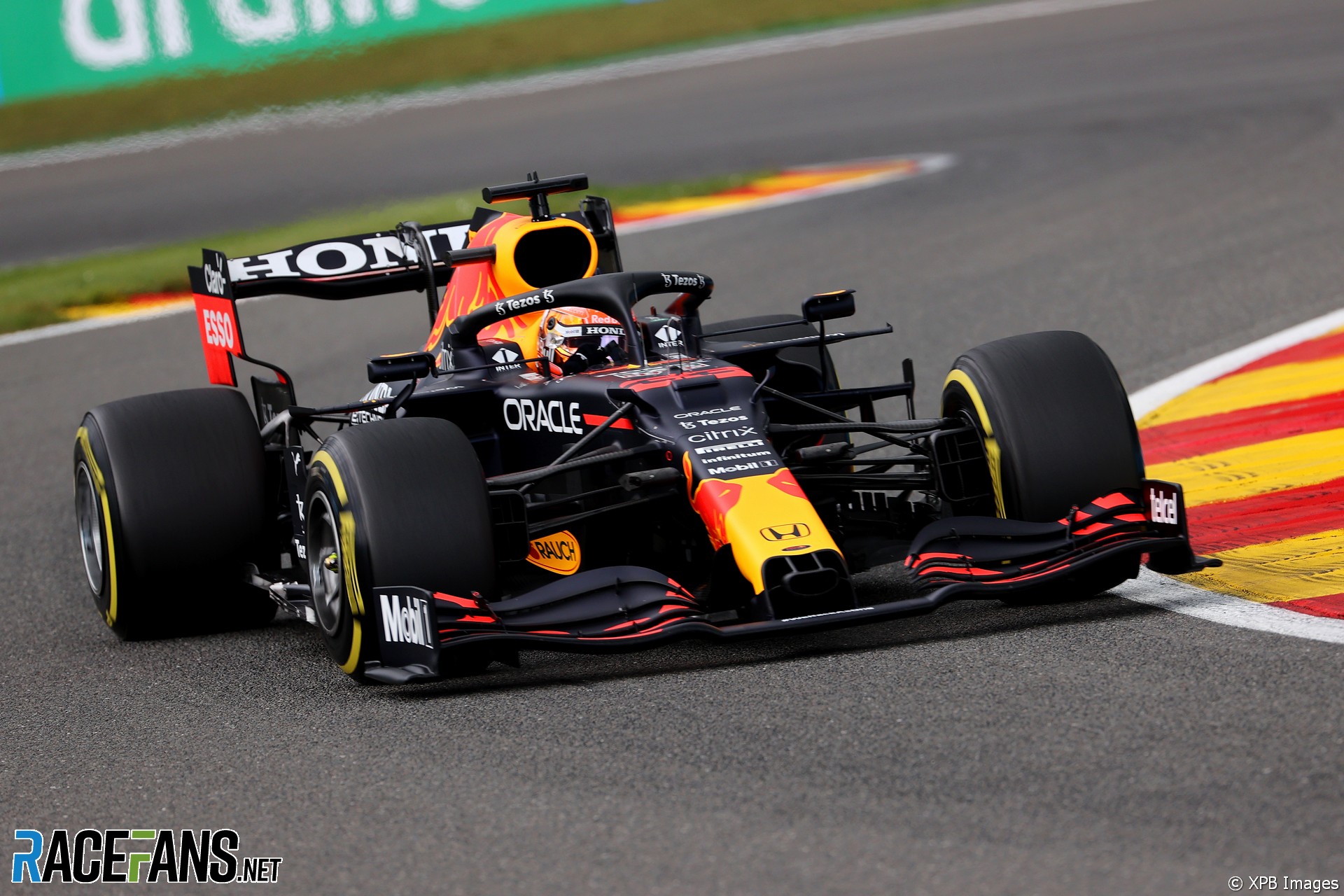 Red Bull’s power unit supplier confirmed a new specification of energy store was fitted to Verstappen’s car at Spa-Francorchamps last month. Manufacturers are only allowed to upgrade each element of their power units from their 2020 specification once this year, and Honda delayed the introduction of its latest energy store until after the summer break.

Honda F1’s head of power unit development Yasuaki Asaki said the latest upgrade was the culmination of several years’ work and part of their effort to win the world championship in their final season before leaving the sport.

“This new ES has been developed in a project that has taken several years, with an aim to combine improvements in energy efficiency with significant reductions in weight,” said Asaki in a statement issued by Honda.

“In what will be the company’s final season in the sport, Honda F1 has managed to introduce the new ES – fitted with a lighter, low-resistance, highly efficient and ultra-high power battery cell – just in time for the start of the second half of the season.

“In order to achieve the ultimate goal of defeating Mercedes and winning the championship before leaving F1 at the end of the 2021 season, we recognised the need to enhance performance. As such, the development plan for the new ES was brought forward substantially from the original goal of 2022 to introduction during the 2021 season.”

Energy stores include high-voltage components which require careful development and precautions during shipping. That, plus the tests required to ensure the hardware is safe to use in a race environment, contributed to the long lead time in introducing the upgrade. Honda’s road car battery development team contributed to the effort to bring its latest upgrade to the track.

Drivers may use a limited number of new power unit components over the course of a season. Red Bull’s efforts to manage the allocation for its two drivers was complicated by the damage incurred in crashes for Verstappen at Silverstone and Sergio Perez at the Hungaroring.

A complete new power unit was fitted to Perez’s car at the race after Verstappen received his upgrade, leading him to receive a penalty. Red Bull previously indicated Verstappen’s power unit may also require replacement parts, potentially leading to a penalty later in the season.

Ferrari confirmed during the summer break it intends to introduce an upgrade for its power unit over the coming races.

Will Formula 1 succeed in using its forthcoming change in power unit regulations to entice a new manufacturer into the sport? Learn the latest on the future rules plans in the new edition of the RacingLines column today on RaceFans