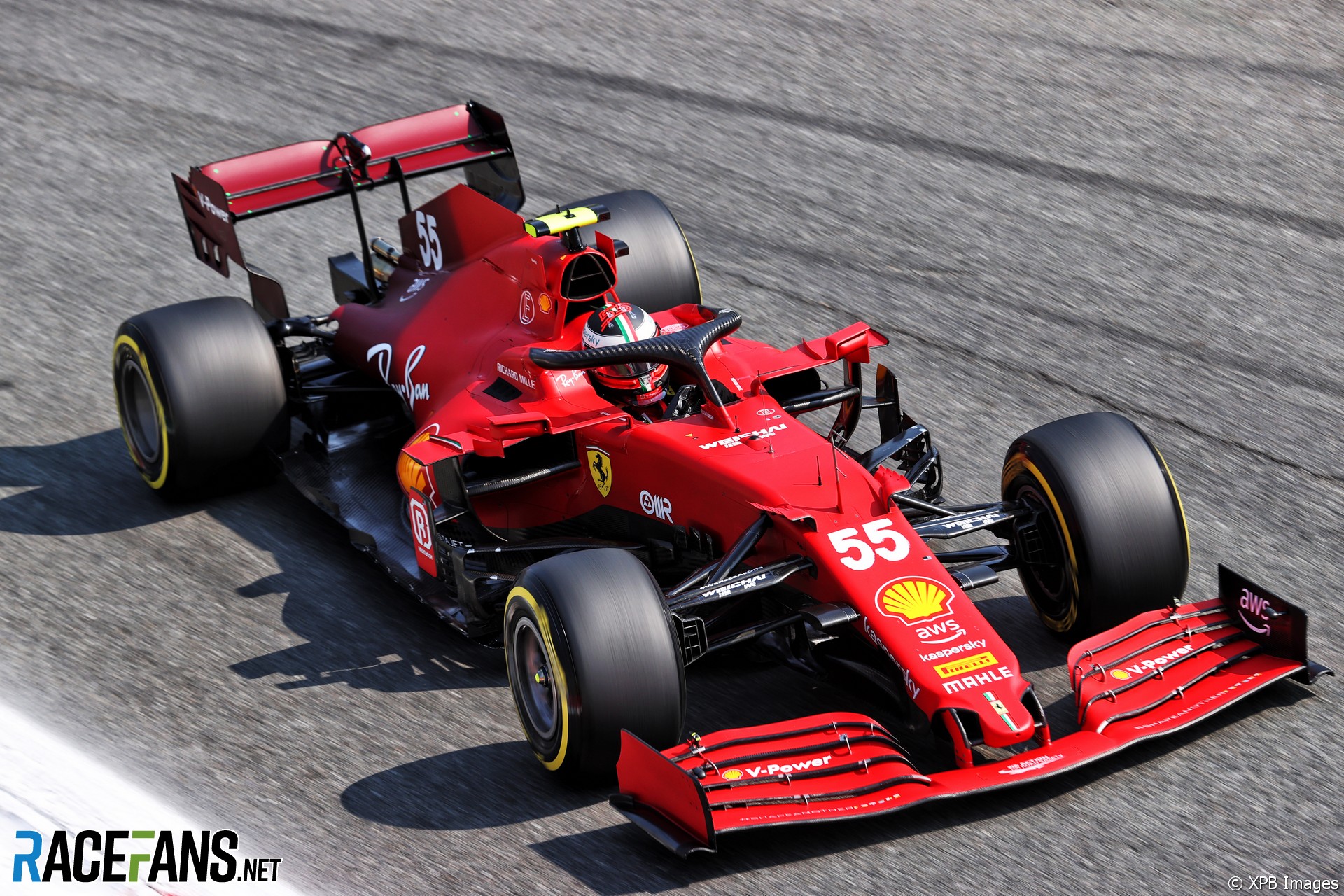 In the round-up: Carlos Sainz Jnr says Formula 1 needs to find a way to add excitement to its new sprint qualifying races.

Sainz believes F1’s new format experiment has been worthwhile as it gives teams a limited amount of time to prepare their cars with a single practice session before qualifying.

“Friday is clearly improved for everyone, it’s progress,” he said. “I think [first practice] is exciting because you know you cannot put a foot wrong and you need to learn.

“For the teams, with the amount of simulation tools there are nowadays, it forces the teams to be modern, to be up-to-date and to be on top of the simulations to try and put together a good car on Friday already. Teams nowadays have enough tools to make that happen as you see here in Monza and Silverstone.”

But Sainz still sees room for improvement after Saturday’s underwhelming sprint qualifying race. “We need to find a way to make Saturday a bit more exciting because at the moment I don’t think it’s giving much excitement compared to Saturday qualifying,” he said.

Engineering – not luck – should be credited for the performance of the Halo which protected Lewis Hamilton in his Monza crash, according to an engineer at Cranfield University, where the head protection device was developed.

Clive Temple, the Motorsport MSc programme director and senior lecturer at the Advanced Vehicle Engineering Centre at Cranfield University, said: “Hamilton was not lucky – it is a fact that engineering and science underpin all of this work which ensures drivers are safe. Safety is the primary concern in motorsport.”

“The Halo is exceptionally strong and is integral to other safety critical elements within the car,” he added. “Hamilton experiencing Verstappen’s car coming on top is probably around the equivalent of close to a London double decker bus landing on top of the car.

“The current Halo is designed to withstand 100 kilonewtons – 10.2 tonnes – and a modern double decker is around 12 tonnes or so. 10.2 tonnes is also the equivalent of two African elephants landing on the race car. This is a very strong structure indeed.”

NBC was filming with the pace cars at Laguna Seca and Grosjean hit the tire wall on pit in, below is what it looks like 👇🏻 pic.twitter.com/cli4xaRKJf

"I don't think it's going to be me. I don't really know much about it, which is a fair indication that I'm not really in contention."

"The 2021 FIA Karting OK-OKJ world championship will take place in Spain from 29th to 31st October. The venue will be announced in the coming days."

"Rumours have (Harvey) moving to Rahal Letterman Lanigan Racing, either to replace Sato or pilot the organisation’s planned expansion to a three-car operation next season. Another rumoured potential home for Harvey — although I think it’s a longshot — would be to pilot a new third car for McLaren SP."

F1 is going in the wrong direction with car weight, says Phil:

I have never been sure why F1 introduced the larger wheels and brakes for 2022. If the cars have had the smaller wheels for this many years then why not continue. It just seems like extra weight for no good reason. These are supposed to be ‘racing’ cars.

However, we are where we are. I would just tell the teams to get over their bleating and get on with it. They employ some the best engineers and designers in the world so I am sure they are capable of designing a car to meet the minimum weight limit. They might need to make a few cuts elsewhere but I think they should just get on with it.

It has been documented many times that the drivers say they would prefer weight to be kept to a minimum. More nimble and ideally shorter, lighter cars are what the sport should be aiming for.
Phil Norman (@Phil-f1-21)