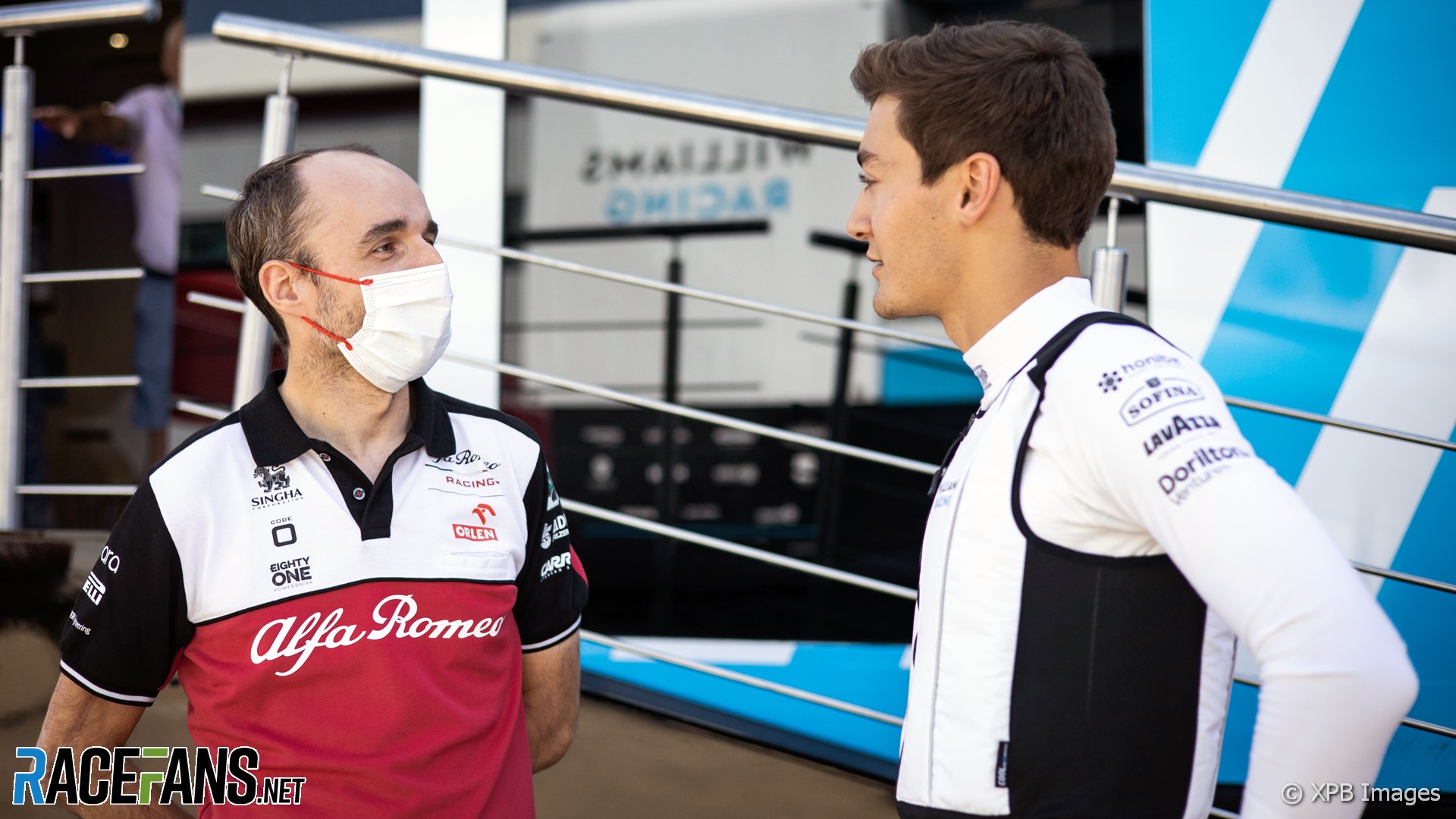 In the round-up: George Russell says Robert Kubica was unlucky with the circumstances of his temporary return to Formula 1 and hopes he gets another chance.

Russell and Kubica were team mates at Williams during 2019. Kubica started the last two races as a substitute for Kimi Raikkonen, who is set to return to the car at Sochi next week.

“It’s always good to have Robert on the grid,” said Russell. “Robert is a fantastic guy, a great driver. I hope he gets another shot in Formula 1.

“I feel sorry for him because he got thrown in for FP3 onwards in Zandvoort and then he arrives at Monza and it’s a sprint event and you don’t have the time to improve the car. For any driver, that’s very, very difficult.

“But every time he jumps in, he makes the most of the situation. I think he did a good job this weekend and in Zandvoort. I hope we see him in Formula 1.”

Norris pleased Ricciardo’s struggles are over

Ahead of the Italian Grand Prix McLaren trailed Ferrari by 181.5 points to 170, and Norris had scored more than twice as points as team mate Daniel Ricciardo. However Ricciardo’s return to form and victory at Monza has pushed McLaren ahead of their rivals in the standings.

Norris said Ricciardo is “definitely a lot closer for sure” than he was earlier in the season. “It’s also good for me in a way – as much as I hate it because you just want to beat everyone in every circumstance – it’s only going to push me more and push the whole team more and help us as a team with the constructors as well.

“We’re racing against Ferrari who’ve got two extremely good drivers so to beat them week in, week out, it’s been a tough first half of the season for us when Daniel has been struggling a little bit. But now he’s come through a bit more and I think he’s showing what Daniel can do and everyone knows he can do, and the reason he came to McLaren, it’s only going to be better for all of us.”

Formula Regional Europe racer Franco Colapinto has lost his victory in Sunday’s race at the Red Bull Ring due to a track limits infringement. The series organisers handed him a 10-second time penalty four days after the race after studying the onboard cameras from all 33 cars.

Championship leader Gregoire Saucy inherited the victory, his eighth of the season, while Colapinto fell to fourth place behind Gabriel Bortoleto and Zane Maloney. It was another blow for Colapinto, who withdrew from the Monaco race weekend after being excluded from the results of qualifying.

Unfortunately no testing today with @AlpineF1Team and @kvyatofficial due to a car technical issue. #F1 #fia

"With the restarts and the craziness of the racing these days, I was always trying to save a little bit, just in case there was another restart. Could I have won by 20 seconds? I'm not saying I could have, no, but I was just doing what I had to."

"When the Formula 1 race began in 2007, the president of the region, Francisco Camps, said it would not cost the people of Valencia a single euro, and the total price was more than 300 million euros ($353m)."

"In regards to Gran Turismo and car culture - car culture is something that has been continuing for the last 150 years or so. It's our mission to preserve these cars in a drivable state in a big museum format. And of course, we include cars like the Taycan and Tesla. But I think our mission first and foremost is to preserve the entirety of this great car culture that we have today for the future generations to come."

Schumacher documentary a disappointing tribute to an extraordinary life (The Age)

"This is the worst kind of “delicacy” – abrogating the filmmaker’s responsibility to inform the viewer, out of some misguided sense of duty to the subject."

One Good Thing: I didn’t watch any sports. Then I watched Netflix’s Drive to Survive (Vox)

"Under the new ownership of Liberty Media, the sport has been trying to reach out to new fans. (This in contrast to the approach from one previous owner, Bernie Ecclestone, who favoured—and I am not making this up—rejecting social media and young fans in order to focus on appealing to septuagenarians.)"

If they were to ever do a reverse grid race I’d simply stop watching as reverse grids are to me one of the very worst gimmicks and something I have long said would be a red line for me, A gimmick too far. It would also fly in the face of Liberty, Ross and Stefano constantly saying they aren’t looking at gimmicks and don’t want gimmicks. A line Ross repeated on Sky over the weekend. That is something I’m going to hold them to.

In terms of making them a separate thing rather than how they decide the grid for the grand prix, I’d still be against that because I still don’t like how having extra races at certain events with points on offer then make some race weekends more important and more valuable than others. For me every race should run to the same format with the same amount of points available.

Happy birthday to Al and Valentina!