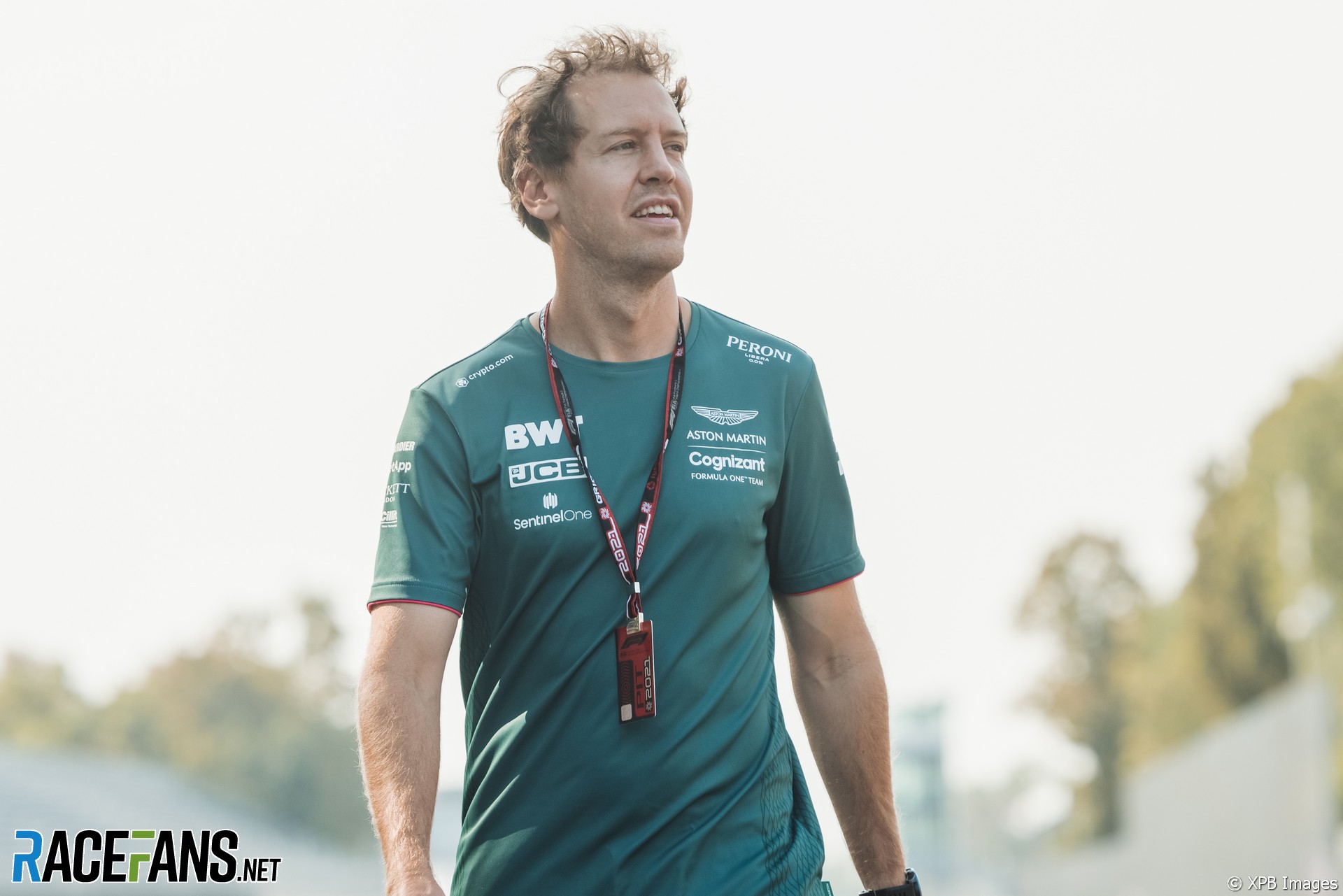 In the round-up: Sebastian Vettel’s continuation of his Aston Martin deal is expected to be announced in the near future.

Vettel to stay at Aston Martin

Aston Martin executive chairman Lawrence Stroll indicated on Monday that Vettel is expected to remain at the team next year.

Asked about the world champion’s future Stroll said: “You will be getting an answer to that imminently and all indications are saying yes.”

Andretti has confirmed it is parting parts with Ryan Hunter-Reay, the 2012 IndyCar champion and 2014 Indianapolis 500 winner, after 12 years with the driver. Hunter-Reay is in his third consecutive win-less season and has fallen to 17th in the standings.

He is tied on points with rookie Romain Grosjean, who has missed three races this year, and is widely tipped to take Hunter-Reay’s place at the team next year.

We have some news: @kvyatofficial will be testing the 2022 #Fit4F1 18-inch intermediate tyres tomorrow and full wets on Thursday with @AlpineF1Team at @MagnyCoursTrack in France. #F1 #FIA pic.twitter.com/V8YuSvkwYb

Formula 1 fan arrested after being mistaken for mafia boss (BBC)

"It would have been a genius of an Italian to have such a strong Liverpool accent."

Jost Capito: 'I absolutely believe we can reach the top again' (Autocar)

"Because our team is running at the back, people ask me whether F1 needs some kind of balance-of-performance system. Maybe we need to reverse the grids? I always say no. I say we have to do a better job."

"If it weren't for the halo, Lewis could have died, and the supposed culprit only gets a slap on the wrist!"

Jimmie Johnson: "I shared some of my challenging championship moments with him as a starting point. Just trying to enforce the fact the big trophies don’t come without struggle and the need to overcome."

"Reverse grids are a great idea for touring car racing, but for F1 it smacks of desperation. For all its flaws and faults, F1 must aspire to be a genuine meritocracy and throwing in random factors – don’t even get me started on Bernie Ecclestone’s stupid old sprinkler idea – is just naff."

"I would say that I’ve over pushed myself a little bit in terms of thinking, planning, and controlling things. I should just let go more and let my natural instincts do the job. I think that's where I am going to gain the performance."

"The seven-time world champion bought his own table and invited four young black designers as his guests."

Given the James Bond connection I’m disappointed they didn’t build it in an extinct volcano or out at sea. At the very least I hope they have a shark pool in reception.
Stephen Higgins