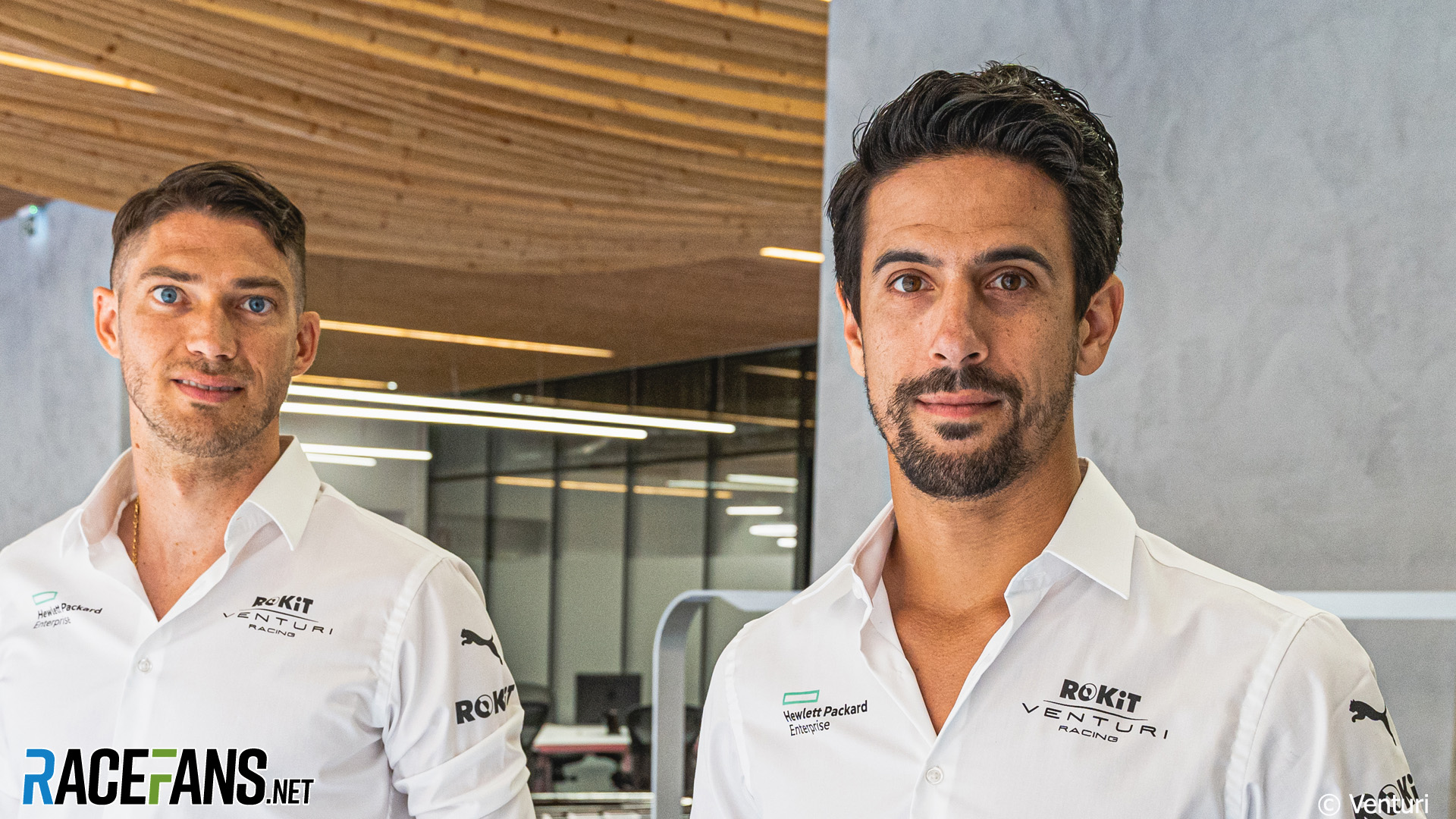 Di Grassi, who won the 2016-17 Formula E championship, had been with Audi for a decade, having joined them following his departure from Formula 1. The German brand left Formula E at the end of last season, leaving Di Grassi with a choice leaving the series or finding a new home.

He settled on the Monaco-based privateer team led by Susie Wolff. Di Grassi will drive alongside longstanding Venturi driver Mortara, who came second in the championship last season.

Di Grassi is one of two drivers to have competed in every Formula E race. Unlike the other, Sam Bird, all Di Grassi’s starts came with the same team. He described Audi’s departure as a “very unfortunate decision”.

“The brand is focussing purely on electric performance cars and electric cars in general and every brand the more so,” said Di Grassi. “So it was very sad to hear that.

“And for me, in my career, it made a lot of sense to continue in Formula E. At this stage, to change completely my scope and my passion and the experience I acquired in the championship would not be the best solution in the long term.

“I even considered taking a gap year if I didn’t find a competitive team in season eight and coming back in season nine with another manufacturer, another entry. But then, of course, when a great opportunity like Venturi showed up it was, for me a very easy decision in the end, to say yes and to continue.”

The ABT-run Audi team had been expected to continue without the manufacturer for the 2021-2022 season, when they will not need to re-homologate a new powertrain, as Andretti is doing since BMW’s departure. However, that proved not to be the case and the entire entry has been withdrawn.

“Of course I was talking to many different teams but it’s very sad to leave a team, to leave a family,” reflected, who also drove for the manufacturer’s World Endurance Championship team. “With Audi in the end it was 10 years together from LMP1. My career after Formula 1 was actually in a very dull view and Audi gave me my career back in terms of professional motorsports.

“I’m very thankful to Audi, to everything in every car that I drove from the first LMPs to this 1984 S1 [Quattro rally car] that I drove today. It’s very unfortunate that we were forced to end this marriage with Audi because we are basically choosing a different path.

“But I’m very actually very happy to also to change a little bit to the environment and to be working with very competent people as well. And we’re going to make the best out of this relationship and hopefully for the long term.”

Susie Wolff said that the team’s ability to attract Di Grassi showed how far they had come. “Our job last season was to show that we had a competitive car because in motorsport, to attract the best talent, you need to show that you’ve got a car that’s performing and is capable of winning races. And that’s what we managed to do in season seven.

“Having Lucas joining us is, for us as a team, fantastic, because we hope that that will drive us up the order, the team championship,” said Wolff. “There’s obviously a lot of balls in the air for Gen3 because we lose our [powertrain] supply from Mercedes-Benz leaving. And that means that there is a lot of work ahead to put ourselves in the right position, to be competitive throughout and the ownership of the team is fully committed to Formula E for the long term.”

Di Grassi had initially said he would follow Audi back to Le Mans, rather than leave the manufacturer but said once it was clear how little development would go into the LMDh programme, it was obvious to him where to focus.

“It was a little bit more unclear what kind of program they would do and how exactly their relationship with the sportscars would become and how much development they would do,” he explained. “So as the season progressed, on the outside, it was clear that they will do very little sportscar development, that the program is secondary to the Dakar and therefore, it was never an option for me to go anywhere else.

“I don’t have either the will or the expertise, apart from [for] the sportscar program, any other branch of Audi at that stage. So it was clear to me that I wanted to continue in Formula E with a competitive team, that would be option number one.”