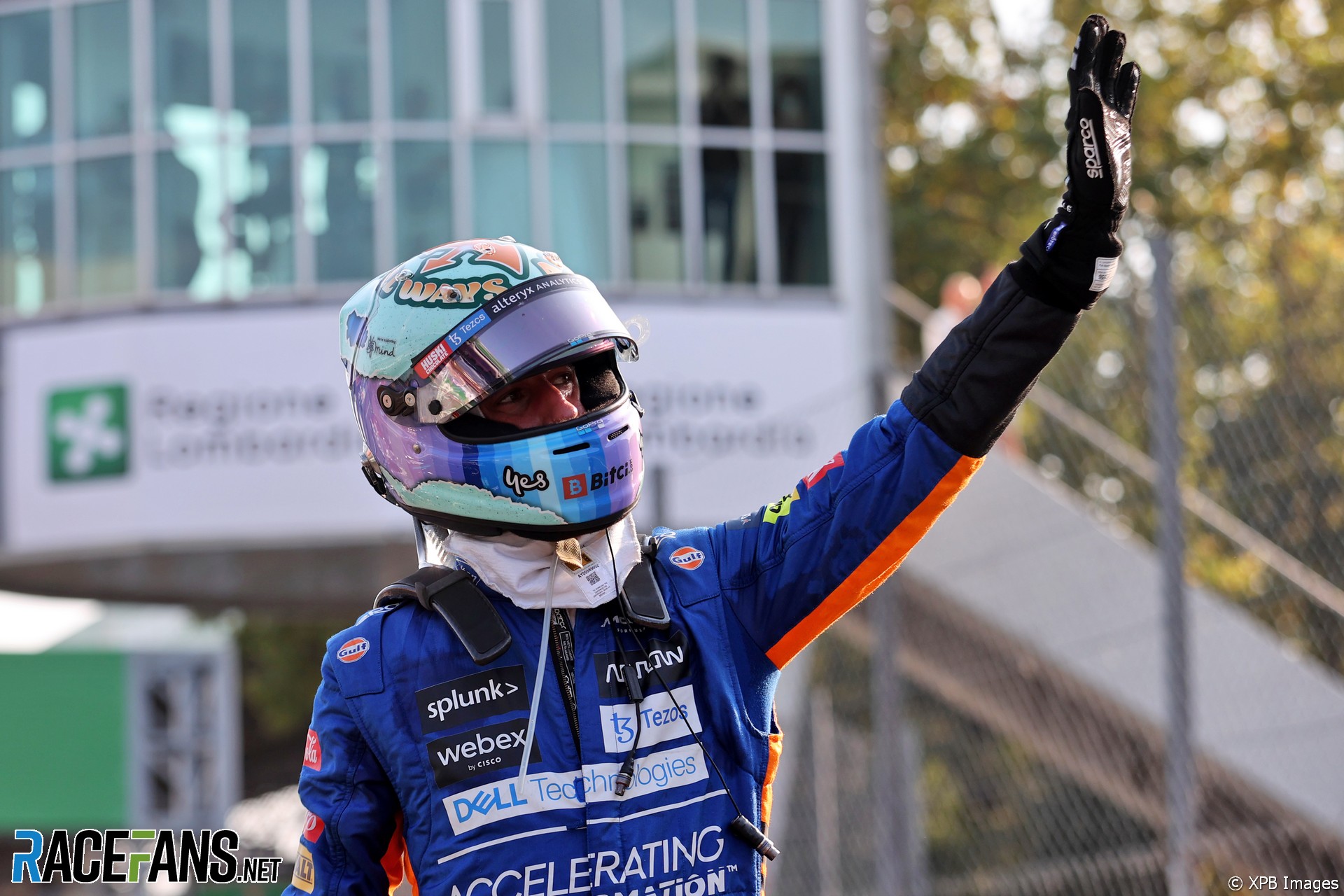 Daniel Ricciardo says Formula 1’s summer break gave him the space he needed to regroup following a difficult start to his first season at McLaren.

After scoring less than half as many points as team mate Lando Norris over the opening 11 races, Ricciardo has shown clear progress in recent races. He put his car in the top four at Spa and out-qualified Norris at Zandvoort, though the McLarens struggled for pace.

Monza has been his most promising weekend so far. Having qualified within a hundredth of Norris on Friday, Ricciardo rose from fifth to claim a front-row starting position for today’s race.

Asked yesterday whether he’s back to his best, Ricciardo said: “I’ll confirm that tomorrow.”

“But if so, I never really left, I just moved aside for a while,” he said. “But I think definitely so far, we’ve only had a few races, but so far I think the second half the season – even if I, like, take not even results, just like me personally, internally – I definitely feel a bit more comfortable and better within myself now.”

“I think just the break, just August was good to really just switch off for a little bit. It was hard to get that kind of step back and look from afar and kind of gain perspective. So I think it’s definitely helped me return to a bit of form.”

“You can see it in the data and we see it in the lap times,” he said. “You can see it also in the way he’s coming across, he seems in a much happier place, which is normal for the guys when they see that they are back to the performance they expect from them themselves.

“As Daniel said I think the break, going away from the sport for some weeks was healthy for him and helped him to then jump back into the car in Spa and be in a much better place compared to before the break. So we are very happy with that, very happy for him, very happy for the team, for his crew as well.

“It’s good to see that all the hard work they all have put in together as well in the first half of the season in the end is paying off now. For us as a team it’s obviously important to have both drivers up there each each race weekend in order to make sure we can battle it out with the Ferrari. So I’m very happy with what Daniel and Lando have showed so far this weekend.”