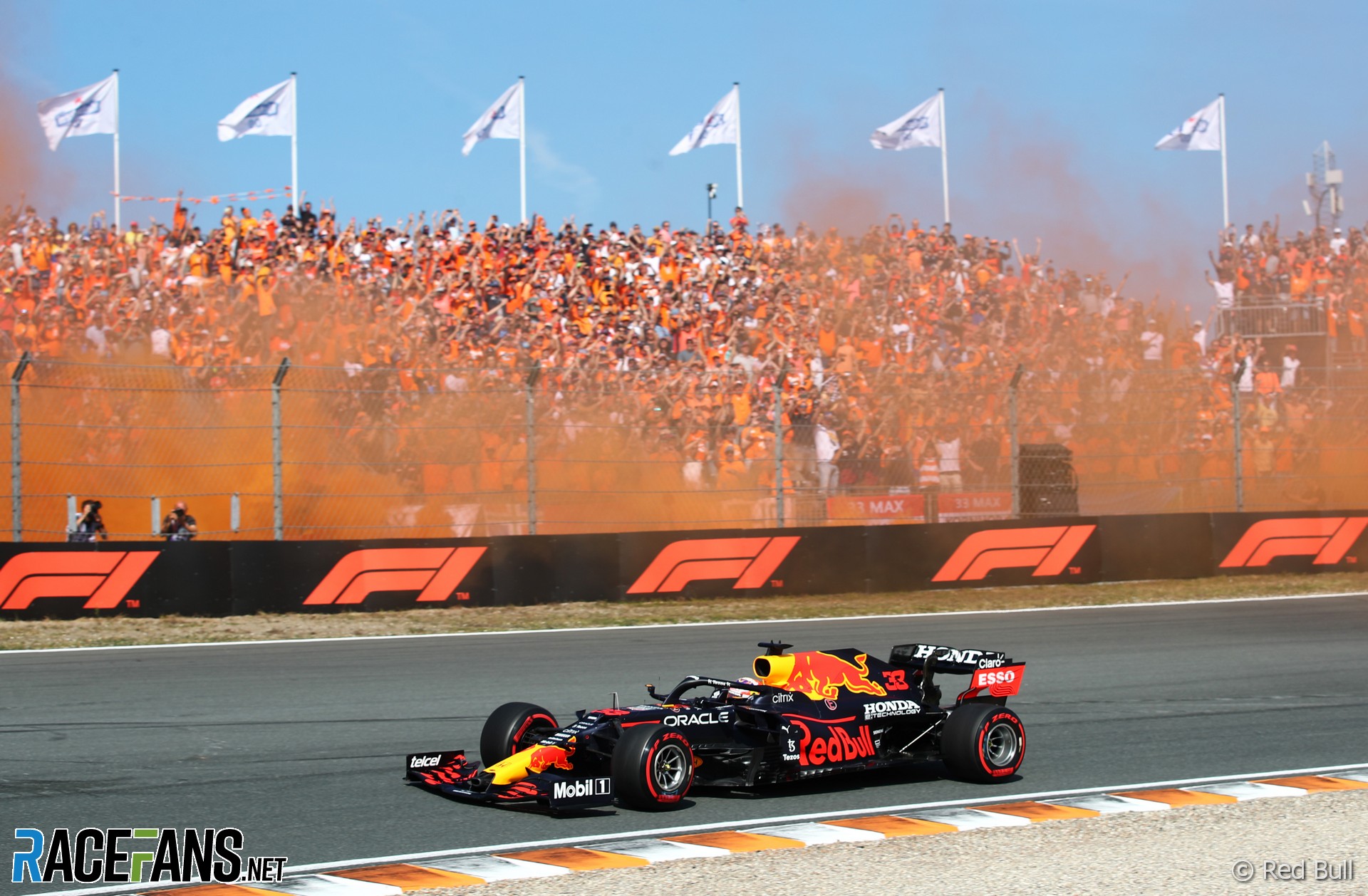 Max Verstappen became the first Dutch driver to win his home race, and did so before a lively, raucous crowd at Zandvoort.

No wonder the crowd were in good cheer: They hadn’t seen anything close to that performance in the previous 30 world championship races at Zandvoort. Until Sunday the best result for a Dutch driver on home ground was sixth place, achieved by Carel Godin de Beaufort in a Porsche in 1962, and Gijs van Lennep in the terrible 1973 race which saw the death of Roger Williamson.

Verstappen succeeded the late Niki Lauda as the most recent winner of the Dutch Grand Prix, last held at Zandvoort in 1985. At that point it had held a in all bar six of the previous world championship seasons.

The Red Bull driver’s victory from pole position was a considerable improvement on the most recent performance by a home driver in this race. Huub Rothengatter qualified the sole Osella in last place for the 1985 race, 8.3 seconds slower than pole-winner Nelson Piquet. He was lapped 14 times before the chequered flag, and so was not classified. (He at least fared better than Kenny Acheson, who failed to qualify, lapping over a second slower in his RAM.)

Thanks to Verstappen, the Netherlands became the 12th country to produce a home race winner. Eight countries have seen their home event won on multiple occasions: Argentina, Brazil, Britain, France, Germany, Italy, Spain and the USA.

Three other countries have had one-off home winners: Austria (Lauda, 1984), Canada (Gilles Villeneuve, 1978) and South Africa (Jody Scheckter, 1975). The USA also counts in this respect if the 1950-60 Indianapolis 500s, which counted towards the world championship, are excluded, as the only other occasion an American driver won at home was Mario Andretti* at Long Beach in 1978.

Where might the next new home winner come from? Among the current field Charles Leclerc (Monaco) and Daniel Ricciardo (Australia) have both won races but not their home event. Nikita Mazepin (Russia) and Yuki Tsunoda (Japan) also have home races they could win, though the Japanese Grand Prix has been cancelled for the last two seasons due to the pandemic.

The remodelled Zandvoort track yielded a pole position time of 1’08.885, making it the third-shortest lap time on the current calendar. Only the Red Bull Ring in Austria (track record 1’02.939) and Interlagos in Brazil (1’07.281) are shorter. The record for the shortest lap was set on Bahrain’s Outer Circuit last year which Valtteri Bottas lapped in 0’53.377, though no race on that configuration has been scheduled this year.

Bottas came home third behind Verstappen and Lewis Hamilton. The podium finishers were the only drivers on the lead lap, which last happened in Spain last year, with the same trio occupying the positions.

McLaren’s collapse in form went on. They’ve scored just seven points in the last three races combined, having taken at least 10 from every previous round. That’s allowed Ferrari to edge 11.5 points clear in their contest for third place. Lando Norris failed to reach Q3 for the first time this year, leaving the Mercedes pair and Verstappen the only drivers to do so every weekend.

An incident-strewn build-up to the race saw no fewer than six flags across four sessions. Yet the race itself ran without a red flag, despite one having appeared at each of the previous three races at Silverstone, the Hungaroring and Spa-Francorchamps.

The race proved disappointingly processional. So much so that six drivers finished in their grid positions, exactly the same as the previous event, where just a single lap was counted towards the final classification.

Have you spotted any other interesting stats and facts from the Dutch Grand Prix? Share them in the comments.

*Andretti also won in Italy, the country of his birth, after he had taken American nationality