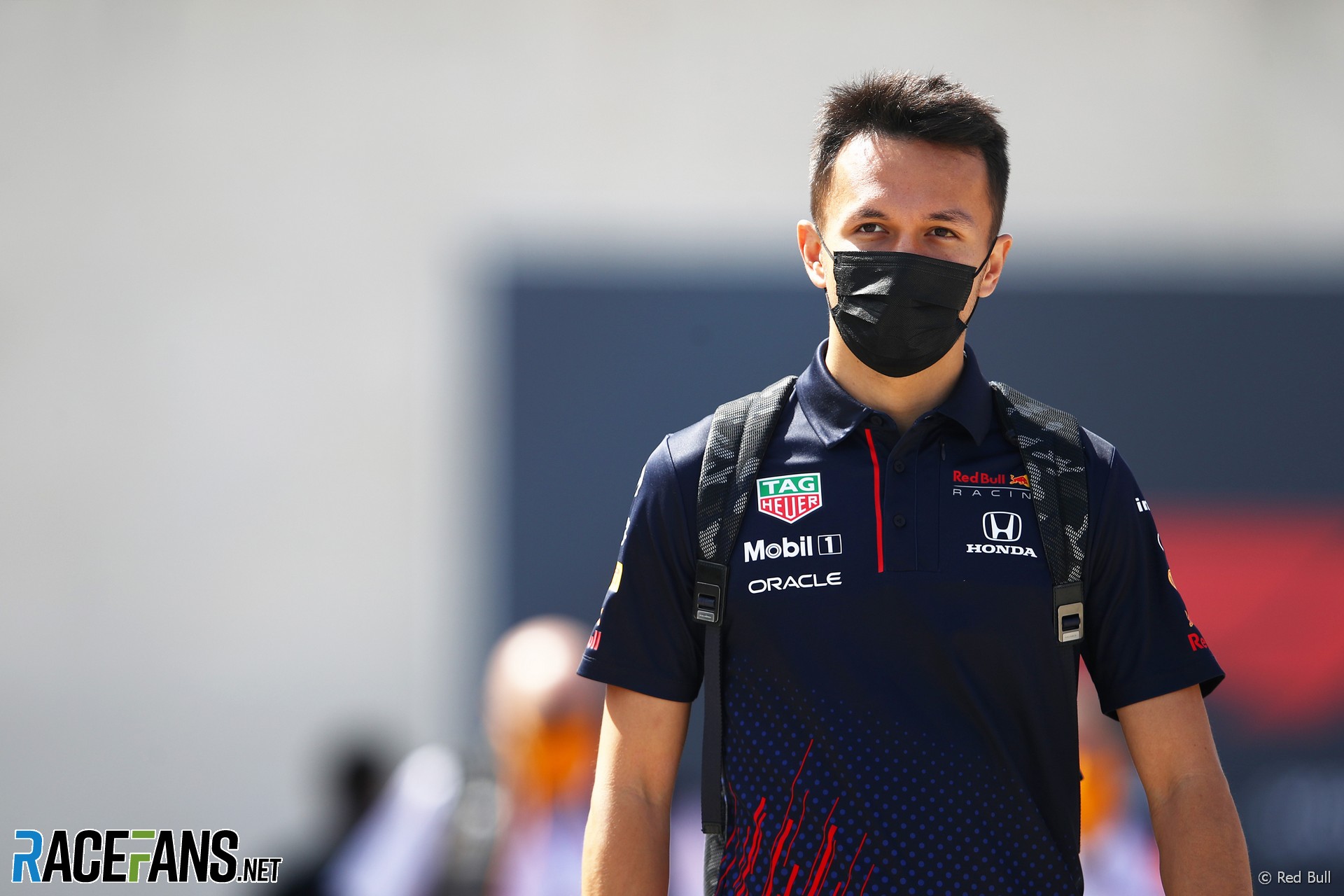 Horner’s opposite number at Mercedes, Toto Wolff, said this weekend Albon must be released from his contract in order to join their engine customer next season. Wolff’s stance is “slightly unusual” but a “huge influence” said Horner when asked about the situation by RaceFans.

“But I’m assured that Williams choose the drivers that they wish to drive in the car and they don’t have restrictions,” he added.

Albon has had interest from Williams and Alfa Romeo over a 2022 seat. Asked whether Red Bull would have to release Albon from his contract to join Williams, Horner said: “Maybe we don’t. We’ve had very productive discussions with Williams and with Alfa and I expect the situation to hopefully be resolved in the next week or so.”

“I think his preference would be Williams,” Horner added. “But it’s great that there’s interest in him and I think it would be good to see him in back in a race seat.”

Ferrari team principal Mattia Binotto said manufacturers should not try to exert influence over their customer teams as to which drivers they select.

The Sauber-run Alfa Romeo team’s choice of driver line-up, including the presence of Ferrari Driver Academy member Antonio Giovinazzi, had not been directed by their engine supplier, said Binotto.

“Ferrari have never a word on the ‘Ferrari seat’ on Alfa,” he said. “It was a contact between Alfa Romeo, so it was a right of the sponsor Alfa Romeo on the Sauber car.”