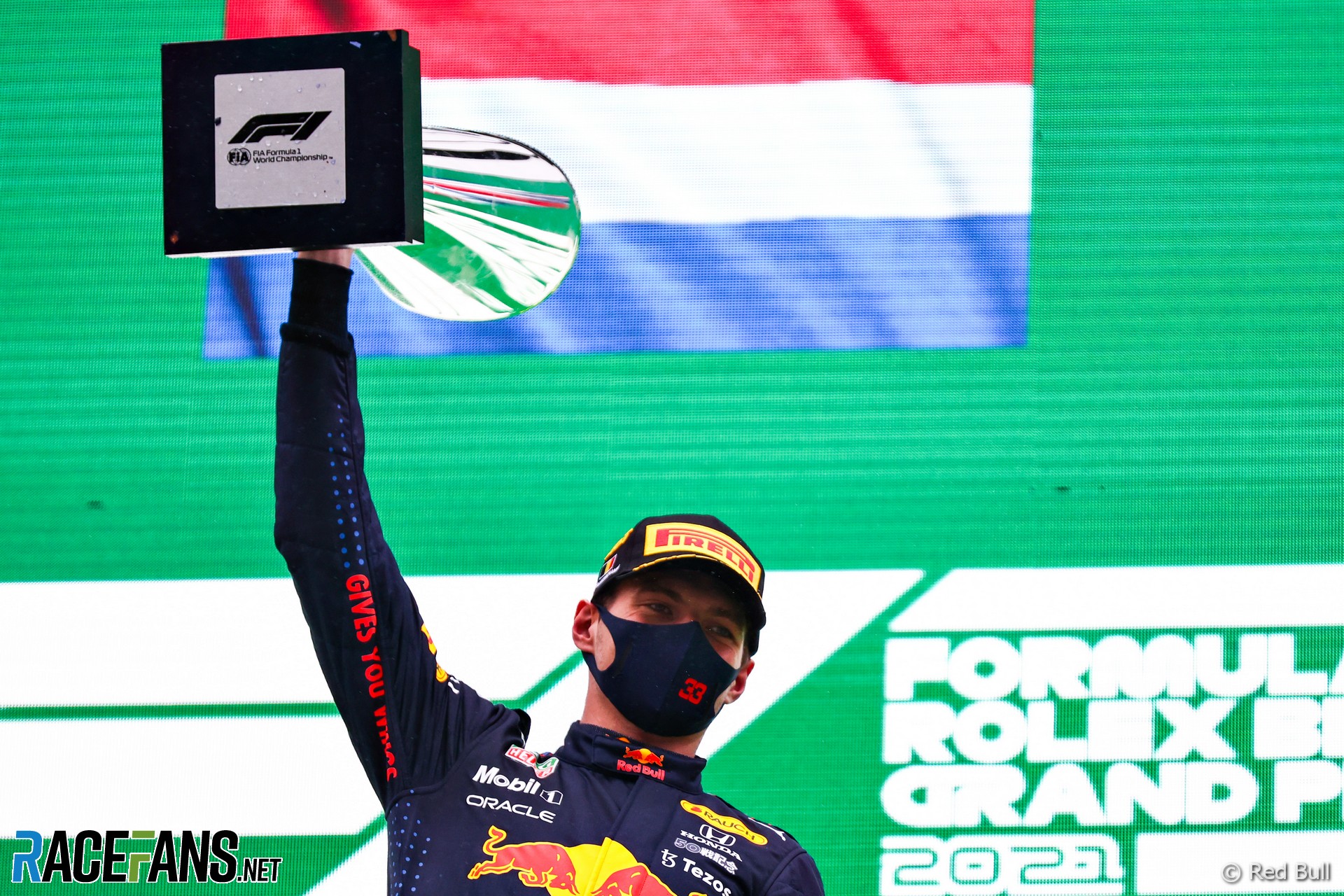 Red Bull team principal Christian Horner says last weekend’s Belgian Grand Prix was “not a race”, and Formula 1 should reconsider whether it awards points for similar events in future.

Just three laps were run in heavy rain at Spa, all behind the Safety Car, before the event was abandoned. Red Bull driver Max Verstappen was declared the winner and awarded half-points along with the rest of the top 10, who were classified based on a single lap of running.

Horner said the event was “tough for the race director” and F1 “did their very best to get the race going” but admitted it couldn’t be considered a true grand prix.

“The reality is it wasn’t a race,” said Horner, who believes the conditions were worse even than the severely disrupted 2007 Japanese Grand Prix. “I don’t think Formula 1 has ever faced that situation before. Not even back in Fuji [which] was the next worst race I can remember.

“So I think we need to discuss it. We need to look at, in the event of there not being any racing, what happens? Is it zero points, is there some recognition of qualifying? They’re topics that need to be discussed in the right forum.”

Horner added he was “pleased we didn’t take an engine penalty” for Verstappen, whose pole position secured him victory in the curtailed race. “That would have been a bit expensive,” he said.

“We were grateful for the points, but nobody’s under the illusion it was a race,” said Horner. “And I think that ultimately it’s wrong to award points for a couple of laps around behind the Safety Car.

“But we’ll learn from it, I think, as a sport, and we need to put the right course of action into the future.”

Verstappen said he understood why the decision to award points was contentious. “It was really difficult conditions – of course for me personally when I was driving up front, it was fine, but the guys behind me couldn’t see a single thing.

“So it’s a very difficult decision to make. And people will agree to it, people won’t agree to it, you will always have that with that kind of decision.”

But following a series of low-scoring races at Baku and the preceding two events at Silverstone and the Hungaroring, the causes of which were largely out of his control, Verstappen doesn’t feel like he got lucky with his result in Belgium.

“It’s not really good fortune in Spa,” he said. “I think we just did a good job on Saturday, which of course put us in the best possible position.

“Yes, to have, of course, those two races before was not nice. But of course you always want to score the most available points and in Spa that was 12 and a half.”