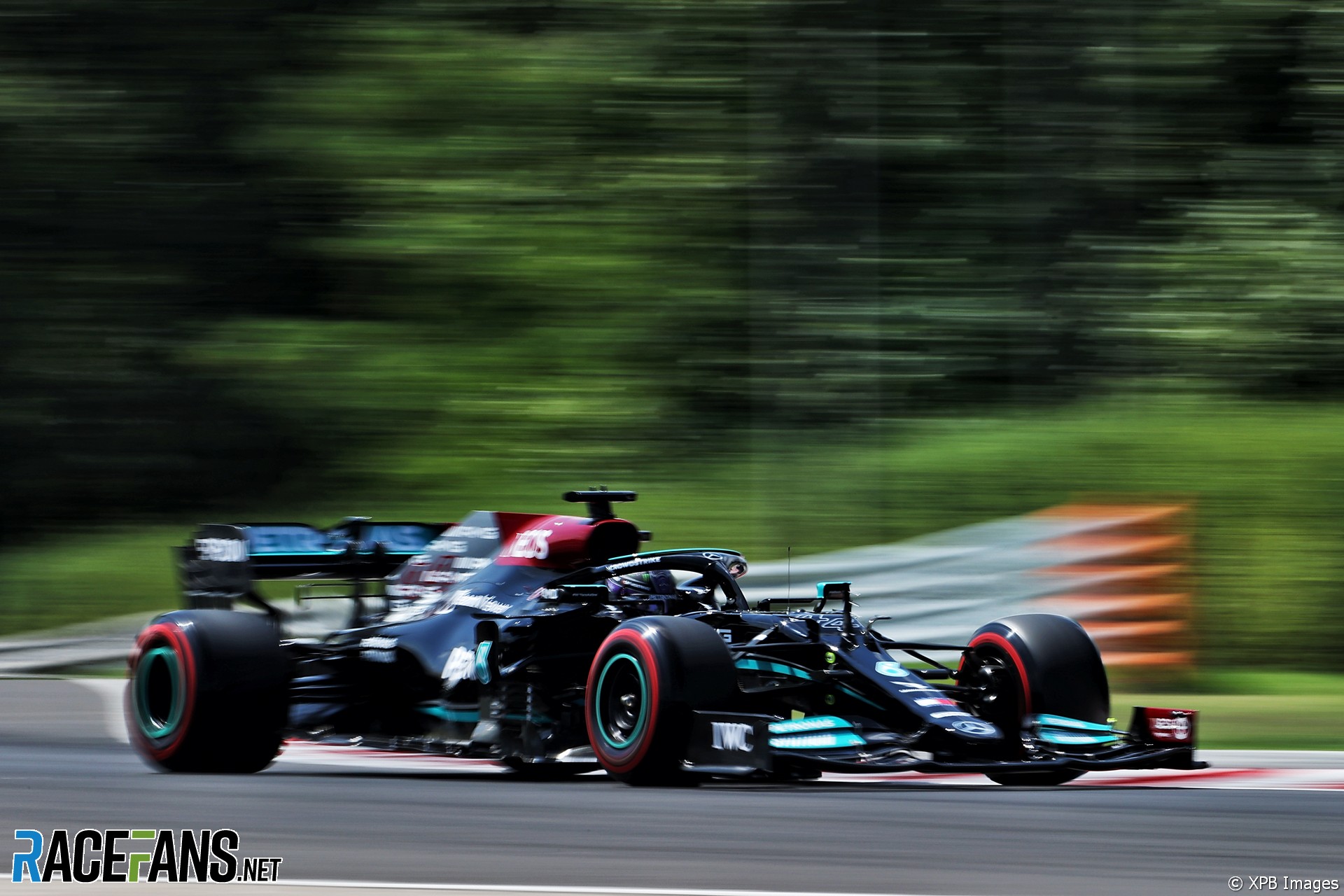 Lewis Hamilton ended the final practice session for the Hungarian Grand Prix with the fastest time.

But the world champion was less than a tenth of a second faster than championship rival Max Verstappen, as Red Bull reduced the deficit to their rivals on Saturday.

The final hour of practice was disrupted after Mick Schumacher crashed his Haas heavily. He was unhurt, but the extensive damage to the left-hand side of his VF-21 will put his participation in qualifying in serious doubt.

After a scruffy-seeming second practice session where both cars finished outside the top ten times, Ferrari seemed to recover their form in the cooler temperatures. Carlos Sainz Jnr placed second-fastest after the first qualifying simulation runs and managed to hold on to be fourth fastest, Charles Leclerc just behind him.

Lando Norris took sixth, ahead of Sergio Perez, who was a full second slower than his team mate. Daniel Ricciardo seemed to struggle early in the session but improved and his best time of the weekend so far put him eighth fastest.

Compared to yesterday the Alpine cars weren’t as competitive as they looked in the hotter sessions, Fernando Alonso managing ninth but Esteban Ocon was outside the top 10.

When the session restarted following the red flag for Schumacher’s crash, a bizarre and potentially dangerous pit lane incident occured involving Antonio Giovinazzi and Lance Stroll. The Alfa Romeo driver was released from his garage as the Aston Martin was approaching his position. As Giovinazzi pulled into the fast lane his front wing made contact with Stroll’s right-rear tyre.

Both cars continued onto the track but the stewards unsurprisingly summoned Giovinazzi for a chat. It will be the first of two, as after joining the circuit he was seen holding up Pierre Gasly, which is also under investigation.

Aside from the red flag to retrieve Schumacher’s car, the session was largely uninterrupted. The opening minutes saw little running: Only five cars set a lap time in the first 13 minutes.

As forecast, temperatures fell from the extreme highs seen yesterday. At the start of final practice the air was a relatively cool 27C and the track 11C cooler than the Friday afternoon session at 52C.

Drivers more then ten seconds off the pace omitted.