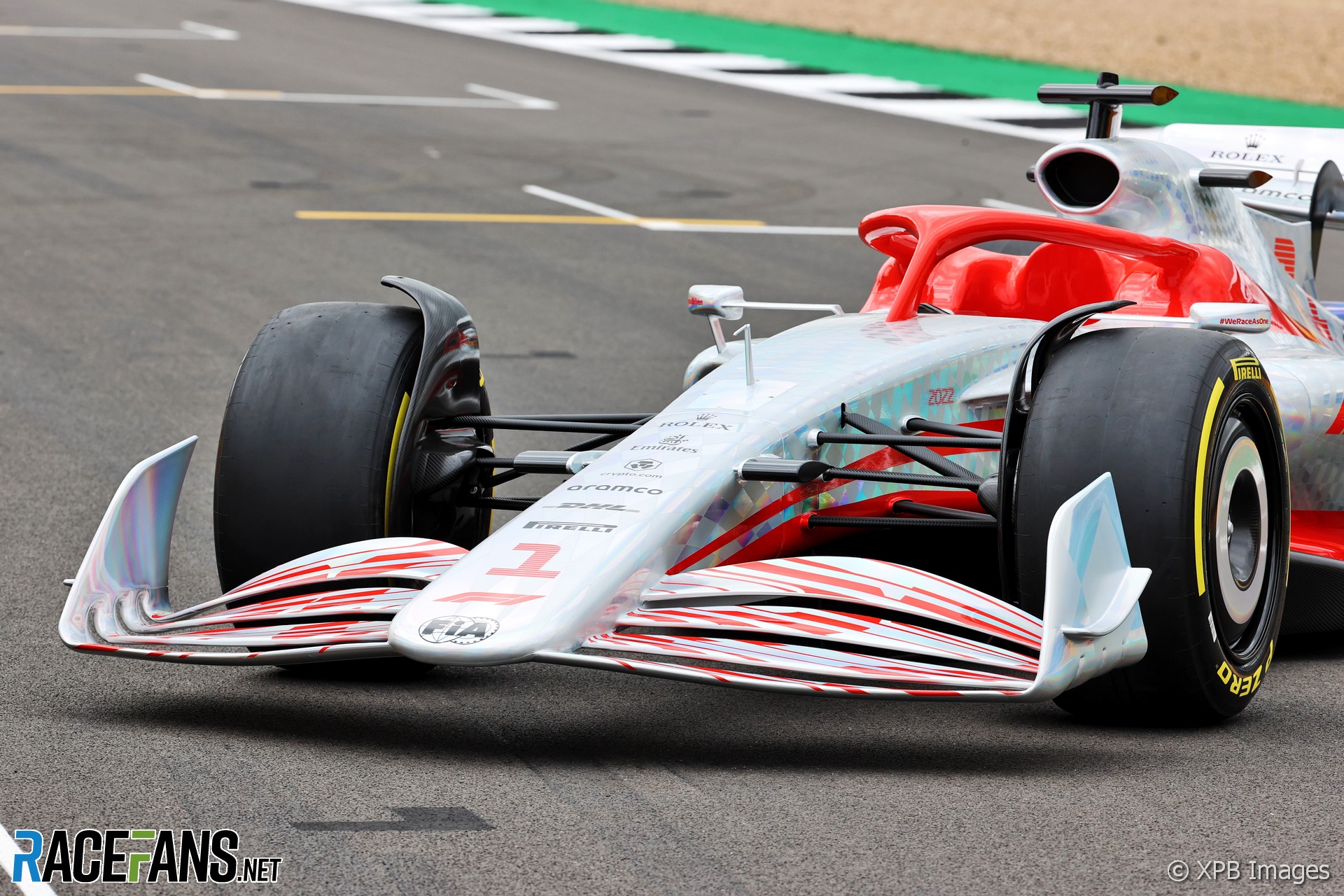 At the British Grand Prix Formula 1 presented the clearest vision yet of its new regulations for the 2022 season.

A full-size model was uncovered at Silverstone showing how its radical new technical rules for next year will change the face of the sport.

Will we see a grid full of similar-looking cars in 2022? Or will teams’ vast development resources produce an array of different-looking machines?

McLaren technical director James Key describes the model as “an accurate representation” of what teams will produce next year, albeit a simple one.

“What we’re seeing is kind of a representation of a [2022 car] but I suppose quite basic compared to what I think teams will be showing next year,” he said.

“Look at that front wing geometry, for example, the diffuser at the back, the entry of the floor, all those things will be there and they will be similar proportions to that. But it is sort of a ‘baseline’ car let’s say, an undeveloped car.”

Several teams have commented on how restrictive the new rules for next year are. Key says the model presented by F1 seems to conform to them, and appears to be one of several standard designs which were produced to demonstrate the different possible solutions to the regulations.

“I think it’s all legal to be honest,” he said. “I suspect it’s one of the standard geometries that have been generated over time as the regulations were being developed. I’d have to check which one it is but that’s how it looks to me. So it’s a legal car. I think you’ll find the dimensions of it, from what I can see, the dimensions are what you’d expect.”

The new regulations mark a significant departure from the current rules. Teams will be allowed to create large channels beneath the car to generate downforce, but upper surfaces are much more tightly restricted. The rear wing in particular has been radically restyled.

“Things like the cockpit, the way the halo’s set up that, that sort of blended rear wing, this very kind of swept shape to the front wing endplates, all sort of thing is real,” says Key.

“You will see elements of that for sure in ’22, because some of these geometries are quite constrained. There’s only so much space you can move in some of them. So I think it’s a reasonable representation.”

The biggest difference in the final cars produced by teams will be seen in the degree of refinement they bring to their designs.

“What it’s lacking is the approach an F1 team would take with those regs, which is to iterate the hell out of it basically, and come up with very refined solution based on a lot of time of development,” says Key.

“So we’ll see for sure differences, see refinements. We’ll see details perhaps not on this particular ‘show car’, if you call it that. But it’s an accurate reflection of nominally what a ’22 car looks like.”