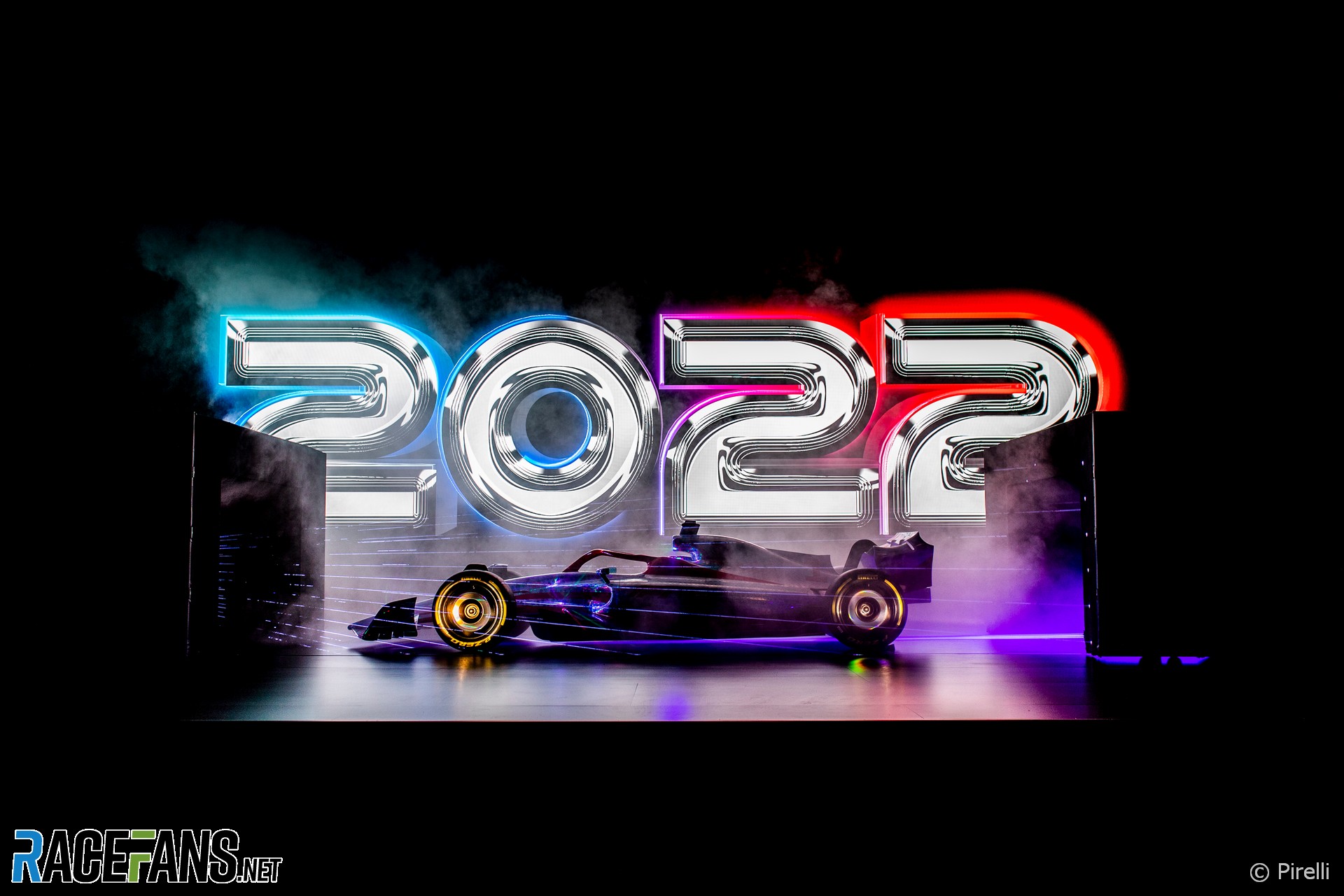 The 2022 regulations overhaul – delayed by one year due to the pandemic – is the sport’s latest attempt to address the long-standing problem drivers encounter when trying to overtake rivals. The turbulence created by a leading car makes it difficult for others to follow closely.

The rules are intended to be more than just an ‘overtaking fix’. Formula 1 also aims to reduce the performance gap between teams, making it harder for one to dominate.

However some F1 designers have expressed concerns over the complexity and restrictiveness of the new regulations. Next year’s cars are expected to look more similar to each other, and are also likely to be several seconds per lap slower.

Will the expected loss of performance and reduction in freedom justify the promised improvements in racing? Do you share the vision of Formula 1’s future its 2022 rules represents? Cast your vote and join in the debate below.

The path Formula 1 is treading for 2022 isn’t that radical, it’s one other series have followed, with success. Reducing upper surface aerodynamics in favour of larger floor ‘tunnels’ looks like the best way to help single-seater cars race each other closely.

IndyCar demonstrated this when it reworked its cars’ aerodynamics in 2018 and the final generation of Formula Renault 3.5’s Dallara chassis produced wonderful circuit racing, as the likes of Sebastian Vettel, Daniel Ricciardo and other graduates of the series will attest.

The teams may have less scope to develop their aerodynamics, but this is no bad thing. Piling more downforce onto the cars did little to aid the racing in 2017, and its an area of development with little real-world road relevance.

Formula 1’s status as the technological pinnacle of motorsport will be undermined by this change, which ties designers to rigid car design parameters. The spectacular performance of current cars will also be reduced, to the extent that it may be a long time before we see track records being broken again.

The rules also fail to reverse a trend in the regulations which has done much to impair the quality of racing: The weight of the cars. The 2022 rules will produce even heavier machines at a time when many drivers are urging F1 to cut their weight.

It’s doubtful how much confidence F1 has in the new rules’ ability to promote closer racing. The Drag Reduction System – F1’s ‘sticking plaster’ push-button overtaking aid – remains in the rule books for next year.

I didn’t realise how eagerly I was anticipating Formula 1’s coming rules changes until they were postponed by one season early last year. Whether or not they will actually work, they appear to be the product of sound reasoning and research, and having seen how well other, similar cars have raced elsewhere I’m somewhat optimistic.

It is concerning that we could have a field of largely identical cars from next year. However F1 has said it believes there is scope in the rule for teams to develop substantially different-looking cars. We’ll find that out when the covers come off the real machines next year.

Will Formula 1's new technical regulations for 2022 prove a change for the better?