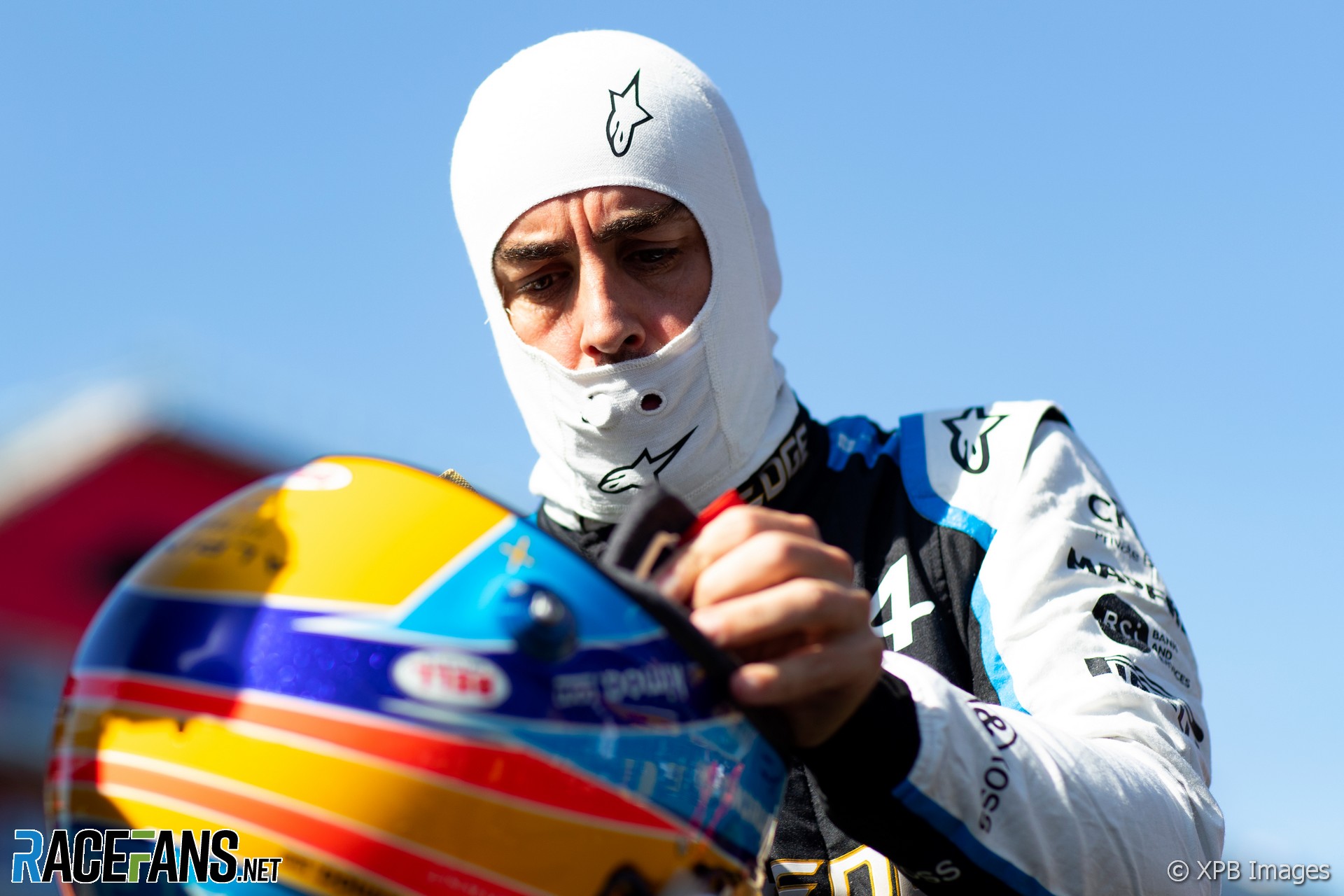 Fernando Alonso says he has changed his approach to racing as he does not believe Formula 1’s rules are being adequately enforced.

The Alpine driver repeatedly complained about the policing of F1’s rules during the two races at the Red Bull Ring. He claimed drivers went unpunished for running wide at turn one at the start and said the stewards should have been stricter with rivals who held others up in qualifying.

Following last weekend’s sprint qualifying race Alonso reacted to complaints from some rivals about his vigorous defending by saying he had gone to the “dark side”. Alonso was warned by race director Michael Masi about his defensive moves.

Speaking on Sunday evening at Silverstone, Alonso said recent races had persuaded him other drivers had not followed the rules as carefully as he had.

“I’ve been always a clean driver and I will remain a clean driver for all my career,” said Alonso. “I think I’m [one of] the few ones that don’t have any points on the licence, to be honest, as well.

Alonso said he “felt a little bit like an idiot” after the races in Austria for “respecting the rules” more than his rivals. He is dissatisfied with the explanations he has had from race control and said he does not want to keep complaining about rivals’ moves.

“We tried to speak with the race director and we try always to say or blame other things that the people were doing with not many answers, and that was strange. I don’t want to be blaming, I don’t want to be crying every race for something that the others do.

“The strategy in the first races didn’t have any solutions or didn’t brought us any solution. So we understood that the solution is to do what the others are doing. That’s the only thing we can do.”

He likened his rivals’ tactics to footballers going unpunished for handling the ball in the penalty area.

“We wish we don’t need to do that. But because apparently some things are allowed in the Formula 1 of today, we copy and we don’t feel any more like we are out of the sport. So there’s no ‘dark side’ – it’s just playing with the same rules as everyone else.”