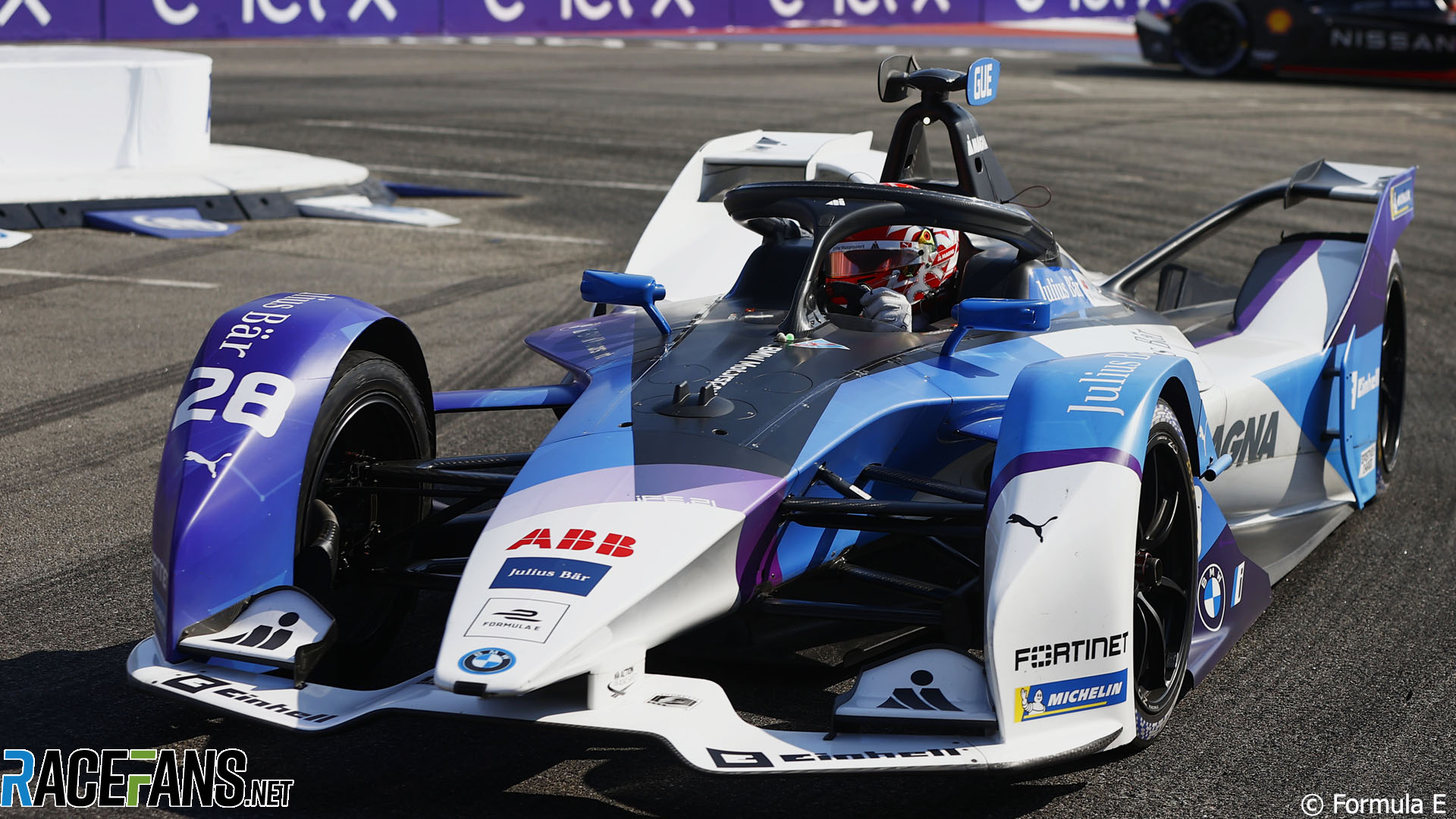 Max Günther has won the first round of the New York Eprix, fighting off Jean-Eric Vergne for his first victory this season.

Nick Cassidy had taken pole, with Jean-Eric Vergne lining up alongside him. Alex Lynn was in third, with Günther sharing the second row, in fourth.

A heavy crash in first practice had severely compromised Sam Bird’s day, meaning the Jaguar team finished a total chassis rebuild on his car with just seconds to go before parc fermé for qualifying. He still had managed to outqualify the championship leader, going into this round, as Edoardo Mortara was stuck in 200kW (rather than qualifying’s 250kW) for his lap and ranked 24th.

Cassidy was able to get away at the start, cleanly leading from Vergne and instantly able to build a gap after a move up to second worked out badly for Lynn at turn one and the Mahindra ended up forced back to fifth, Sebastien Buemi able to jump into Lynn’s former spot.

Lynn’s race got worse when Pascal Wehrlein, going for Attack Mode, seemed to fail to brake into turn 10 despite Lynn ahead of him, taking the normal line around the corner and hit the rear of Lynn’s car. Wehrlein’s Porsche took the brunt of the hit and retired from the race but Lynn had to recover from being forced into a spin that rendered him fairly anonymous for the rest of the race, despite a strong qualifying.

With 27 minutes remaining, Mitch Evans’ Jaguar stopped at the exit of turn two, with an apparent mechanical issue. Initially, a yellow flag was called in the area but racing continued for another three minutes, until a Full Course Yellow was called with 24 and a half minutes left in the race.

Evans had parked up near a marshal spot, so was retrieved in under a minute and as a consequence, when racing restarted with 23 minutes, 53 seconds remaining there was no energy reduction.

The leaders held their order for much of the rest of the race, until Lucas Di Grassi – running in fourth at the time – was given a radio message warning him that “temperatures [were] critical” but that he should try to push to pressure Günther ahead. The Audi driver duly picked up the pace, despite Günther having more than a percentage of energy advantage.

With eight minutes to go, Vergne made a move on Cassidy that saw the two make contact and lock out of turn 10. Günther, with more energy to use than the cars around him, was able to pounce on the mistake and take the lead.

Vergne held on to second but Cassidy was also passed by Di Grassi and relegated to fourth, where he finished the race just ahead of team mate Robin Frijns.

Günther was able to hold the lead confidently until the chequered flag, taking his third career Formula E victory and his first this season.

Bird was able to complete an impressive charge from 20th on the starting grid to 9th by the chequered flag, which he described as a just reward for the team who’d rebuilt his car in just a few hours.